Gautrain wants to raise funds to expand its reach 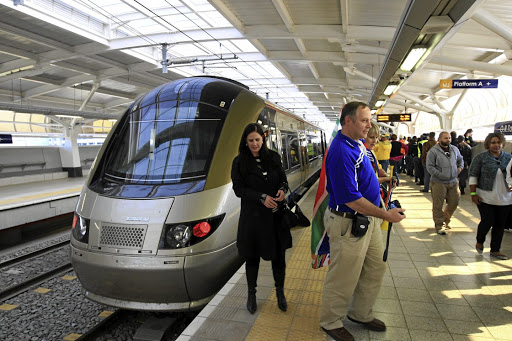 The high-speed rail network of SA, Gautrain, is looking for R4bn to increase its number of trains by 50% before a potential expansion to other parts of Johannesburg and Pretoria.

The Development Bank of Southern Africa is leading fundraising, a spokesman said in a reply by email to questions on Wednesday. The Canadian Bombardier, the CRRC of China and the local Egoli Rail firm are among the offerers to supply the trains, he said. The Gautrain government also plans to build a second deposit.

Purchases will be ahead of a wider expansion that could see Gautrain add more 150 kilometers of track to its 80-kilometer network. The service, which was built before the 2010 World Cup of Soccer in SA, currently runs from Pretoria to the center of Johannesburg and will extend to Soweto under the proposals that the National Treasury is considering.

Gautrain currently has 96 coaches and is led by the Bombela Concession Company, which won a maintenance and operation contract in 2006. Its shareholders are Murray & Roberts Holdings.