MSF responds at the geological point of Ebola after the attacks 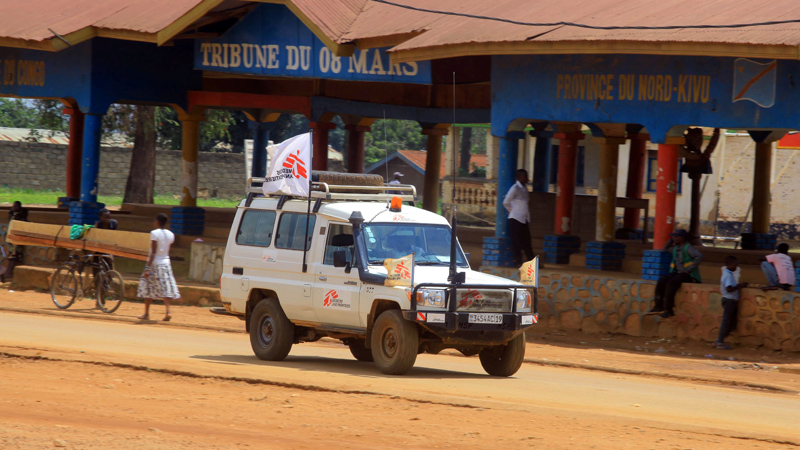 MANILA – Two attacks on Doctors Without Borders. The Ébola treatment centers in the Democratic Republic of the Congo within four days have led the organization to rethink their strategy to gain trust among the local community.

A 70-bed treatment center in the Katwa district – the current epicenter of the epidemic – was attacked on Sunday, killing one and forcing MSF to close its operations in the district. A second attack was on Wednesday at a treatment center in Butembo. The incidents led the organization to recognize the need for Ebola response actors to do a better job in community engagement.

"Control of the epidemic will not be achieved without the mobilization of the population, and it is clear that the respondents, including MSF, have failed to win this confidence," Emmanuel Massart, MSF's Emergency Coordinator at Katwa, told Devex on Wednesday .

"If the answer does not gain the confidence of the people affected by Ebola, it is impossible to take care of the patients and the outbreak can not be counted," he added.

The robbers threw stones and shot some parts of the MSW-managed facility in Katwa, destroying rooms and medical equipment, according to a press release. All employees and patients have been evacuated, except for what has died. It is not clear whether the victim is a family member of a patient or nurse at the facility, according to the press release from the Ministry of Health of the DRC.

On the night of the attack, four of the patients confirmed with Ebola from the Katwa center were transferred to Butembo, where MSF executes a 90-liter Ebola treatment center. With the new attack on the center on Wednesday, it is not clear how the organization's operations in the city will be affected.

There is another 20-bed traffic center that operates in the city, managed by the NGO Alliance for International Medical Action, where evacuated Ebola patients were evacuated from the installation of MSF in Katwa. In addition, MSF has ongoing operations in Bunia, Bwana Sura, Kayna and Biena.

At present, the organization is rethinking its position in the context of the Ebola response in Katwa, which recorded most of the confirmed cases (231) and deaths (173), according to the latest statistics from the DRC's Ministry of Health. But nothing has been decided yet, said Massart.

Get the most important development headlines in your inbox every day.

The incidents this week were not isolated. Only in February, Massart said MSF was aware of at least 30 incidents directed at people who responded to Ebola in the city.

The commitment of the community could mean consulting the population on solutions, such as their participation in the development of a health promotion strategy, said Massart. MSF, has said, trained and works directly and well with the community of Kalunguta, Kanyunga and Butuhé for the protection, control and promotion of the health of the infections.

"Although it is more challenging to reproduce in large urban areas like Butembo and Katwa, we must apply a similar approach," he said.

"The answer must be adapted to the context not the other way around," he added.

MSF Emergency Desk Manager Hugues Robert said in a press release after the Butembo attack that the organization is concentrating its efforts on bringing security personnel to their staff and patients.

The Ebola epidemic is still under control for more than six months since the outbreak in August 2018 was determined in the North Kivu province. While Ebola response actors were able to stop transmission at the initial points of Mangina and Beni and elsewhere, the epidemic spread to 19 other health areas. A total of 548 people died from the outbreak and so far a total of 872 cases have been reported.

On February 13, the country's health minister launched the country's new strategic response plan for the month of February to July. But the plan, which requires a total of $ 148 million, has so far only received less than $ 10 million in commitments. In a press release, the World Health Organization, Tedros Adhanom Ghebreyesus, urged donors to continue supporting the outbreak response.

"We have a shared responsibility to end this outbreak," he said.