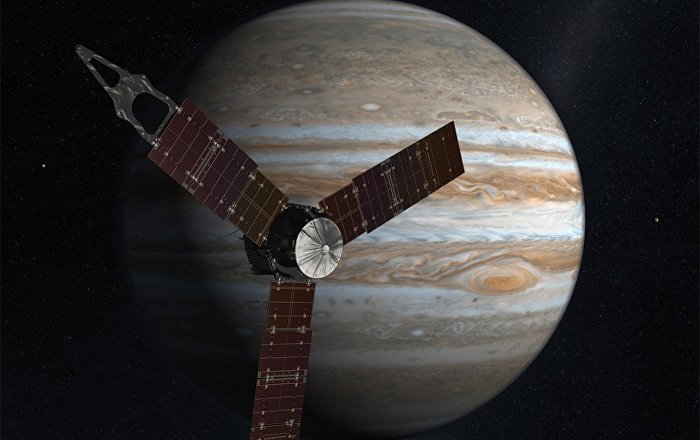 The photos taken by NASA's Juno space probe are more reminiscent of the paints of a painter than the largest planet in the solar system, Jupiter. In the images you can see a "dragon eye" and a cosmic "dolphin" between the clouds of Jupiter.

According to the statement from the space agency, the photos, processed by scientists Seán Doran and Gerald Eichstadt, were taken at the end of October when Juno made his sixteenth approach to the gas giant. At that moment the probe sailed about 7,000 kilometers above the clouds on the planet.

The great "eye of the dragon" is in fact an anticyclonic storm, which means that the winds fly in a direction opposite to the surrounding air mass.

In addition, Seán Doran shared on Twitter some amazing images that show a figure between the clouds of Jupiter that resembles a dolphin.

The Juno space probe was launched by NASA on August 5, 2011 and reached the Jupiter's orbit five years later. The device investigates the atmosphere, origin, infrastructure and evolution of the largest solar system planet.

You may also be interested in: What saved the Earth from the gravitation of Jupiter?