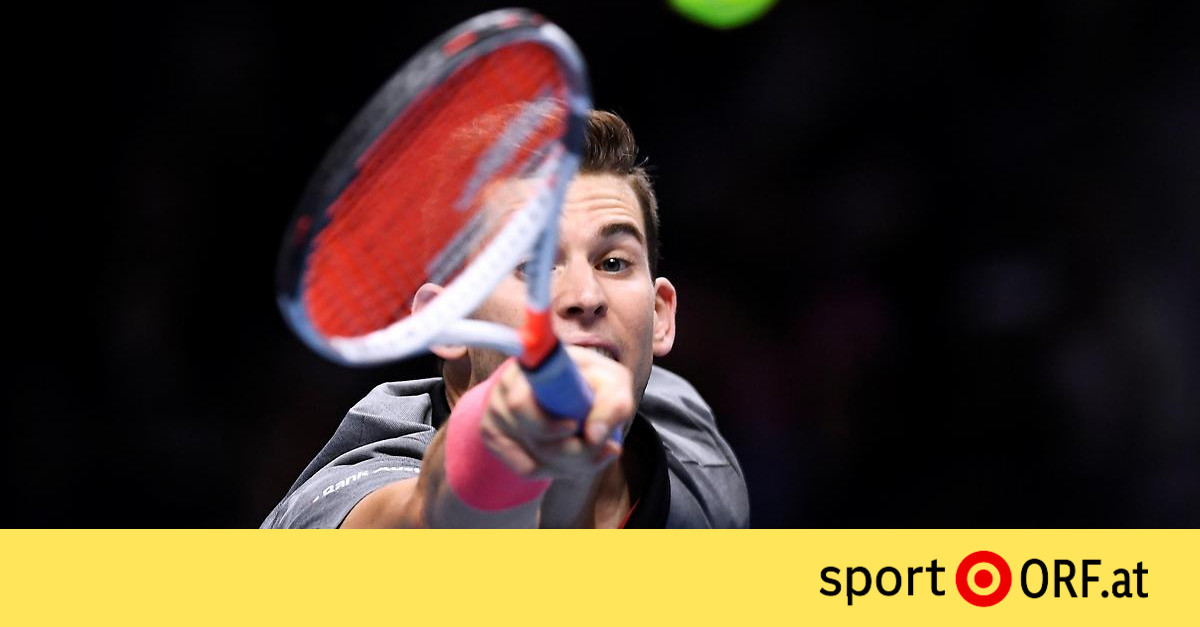 Thanks to the round-robin system, according to the results of the other opponents of the group, in a few cases a single victory is possible. "That's the beauty of the tournament. It does not matter if victory or defeat is too far away," says Thiem. To make sure you do it on your own, Thiem should succeed on Tuesday. It's against Roger Federer, who surprisingly lost his first game in two sets against Kei Nishikori.

Thiem is one of the few players that has a positive record against the Grand Slam winner 20 times. The number one of Austria leads a direct duel with 2: 1. The three previous games were in 2016 on stage. "We did not play against each other for a long time. I still did not think of this game, to be honest. I did not have enough time," said Federer. "I only know I have to play better than today."

Thiem is under Anderson

Austria's number one began Sunday with a defeat at the end of ATP in London. The lower Austrian had to give South African Kevin Anderson beaten.

Thiem also has to improve in his second game. Especially with the first sentence, the world ranking list was not satisfied. "It was weak, but I did it pretty fast and then made a change in the second set. This was really good," said Thiem, who scored the return on the first set to a position far behind the base line. He practiced a similar triumph in the three-way win in the US Open round against Anderson.

The breakthrough in the second round was one of the keys to the significant increase. The second set was very different and much more exciting: Thiem served better, he was also stronger on his return. "It was all about positioning. As soon as I was ahead, it was much better. In retrospect, I would start playing as from the second set," said Thiem.

In the tiebreak, the Austrian fought with three game points and won two balls at Anderson's serve. After all, the change was not successful. "At tiebreak, it's very close to a player like Anderson. Unfortunately, it was not in my direction," said Thiem, who did not get depressed after the defeat. "The second sentence was really good. If I joined the performance, then it could go well."

Thiem enjoys an atmosphere in London

Thiem had no objection to prolong his stay in London. Also in his third participation, the 25 year old man enjoys the special atmosphere at the end of the season. "I have my own driver, who is just there for me, and that also includes all the family members, that's great," said Thiem. Receive accreditations for everything you need. "And the food on the ground is absolutely world-class," Thiem excited.

Also in the present he received the best eight players of the year in London, Thiem was delighted. "The player's presents are sensational. This year there's an electronic bicycle that I think incredibly," said Thiem, who would not mind that the end of the season would remain beyond 2020 in London. This is what the ATP will decide next year. "It would be great if you came to another super city. But there are only a few cities in the world that have such a fan-like audience," said Thiem.