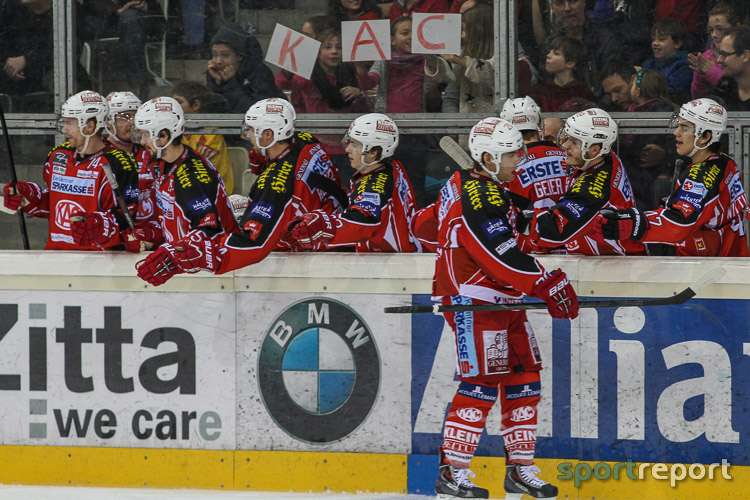 The EC-KAC won the match against EHC LIWEST ​​Black Wings Linz 4: 2. David Fischer took redjackets after 31 seconds, after 9 minutes It was 3: 0. Brian Lebler scored twice for the top Austrians.

After only 31 seconds, Mike Ouzas had to sneak a record for the first time. David Fischer attended the initial leadership. Inspired by this, KAC pressed. Linzer could hardly be released. Five minutes later, boy Marcel Witting ceded. In the blue line, he picked up speed and left. The disk went directly to Kreuzeck. Only four minutes later, Nick Petersen showed his qualities, left two defenders of Linz to go out and put the double by firing 3-0 at the door. The working day of Mike Ouza ended. For him, Backup assumes David Kickert. Towards the end of the first section, Linz received two powers. The KAC was able to free itself continuously without any problems. When Corey Locke had to go to the penalty box for four minutes, the players of Klagenfurt were too relaxed in the powerplay. The Black Wings were able to release several times. Two seconds before the end of the majority, David Fischer sent Patrick Harand with a beautiful central passport on the way. The native of Vienna closed his lone goal with a 4: 0 goal. Black wings did not find any means against the attacks of Klagenfurt. David Kickert saved his team from further delay. In the first 30 seconds of the final section, Andrew Kozek proved David Kickert twice. Moments later, Mitch Wahl hit the door. When Niki Kraus had to go to the box by many players in the ice, Linzer reached his first goal by Brian Lebler. In return, Johannes Bischofberger tried a back shot, which was eliminated by Kickert. The Austrian superiors found no antidote against the attacks of Klagenfurt in this game, although these have changed at least one team in the last third. In the penultimate minute, Lebler took advantage of a turbulence in front of the KAC door. He beat the situation and hit the goal for the second time.