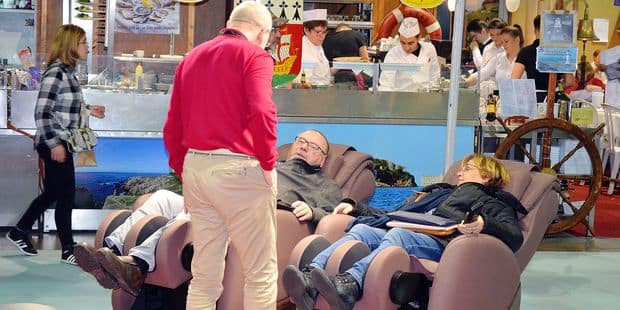 The 65th edition that remained in Charleroi was a popular success.


A few weeks before the start of the Housewares, some wondered if the anniversary edition would take place and if so, where.

It was necessary to wait for the city to finally offer the Charleroi Expo operator to return to its old walls in the heart of Charleroi.

Although this decision relieved the organizers a bit, it was necessary to manage a building under construction offering two rooms of the four normally planned. This return to the bend was obviously not free. It was necessary to put everything into operation.

Despite this reduction, the 2018 edition is a success. The exhibitors are delighted.

Jérôme de Thermomix could not be more satisfied with the show … and his turnover: "This is the second year we were in the program, the past year was good but this year we have broken the records, a smaller area is an advantage, we are closer to them, they have more time to walk in the alleys."

For Freddy Demaret, winner of the novelty award with its liquors: "The fair is certainly smaller, but we did a good show, the transfer of Courcelles was not disturbing, the numbers are good and will be used again for the next edition."

The enthusiasm is more mixed in Mobalpa de Gosselies. A sales representative says: "The room was not good, we do not sell well, because of lack of people or not, I do not know, but it is very bad that we do it."

Véronique Delwarde, director of operations, still announces a successful edition: "We did not know how it would be, we had to rethink everything and offer products that the public liked, and with more than 100,000 visitors we feel happy and happy with the work they have done. Otherwise, this is still a small question mark, but we are confident that we have already met the dates of the Housewife 2019: from 7 to 17 November 2019. We transfer the date to align the dates of the Brussels Food Hall. "