Ligue 1: Marseille puts the lead in front of Dijon 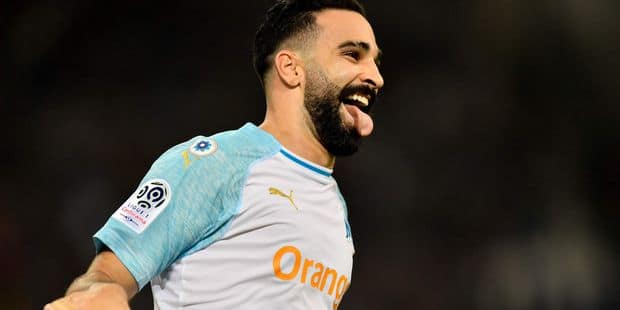 Marseille returned to victory against Dijon (2-0) after four consecutive defeats and their elimination in the Europa League, on Sunday at Stade Vélodrome on the 13th of Ligue 1.

The Rudi García team, squad-free due to the suspension, grabbed the sixth place and kept in touch with their rivals on the podium, four points from Lille, Paris SG dolphin.

The Marseillais, who wore a black bracelet in honor of the victims of the collapse of two buildings that caused the death of eight people in the city of Marseille, nevertheless used two sets of kick-offs by Dimitri Payet and two Rummy head shots at the end of each period (45º +3, 84º).

On the eve of finding Clairefontaine on Monday for the last Blues meeting in 2018, the world champion took a corner of Payet with no head crossed Lucas Ocampos pushed the empty goal (45 + 3). Then he extended the side of the Olympic game taking again, still head and pivot (84th), a return to the acrobatic Kevin Strootman.

After two defeats against Lazio Rome, eliminating the Europa League and two losses in the league against the PSG and Montpellier, OM, where the crisis was being developed, is recovering a health against an erroneous classification.

The perspective of two games against opponents to a great extent within reach may allow Marseille to rise to the coast and emerge from this fallen air hole.

The crisis that was being developed on the Olympic side could now explode in Dijon. The Burgundy club, which only took two points in ten days, sinks to 18th place for the first time this season and weakens the position of coach Olivier Dall & Oglio.

Master of the game, OM achieved his business around a rather contagious desire and intelligent midfielder Maxime López, preferred Morgan Sanson. And his defense, around the same organization (5-3-2) that on Thursday against Lazio, did not score.

Marseille forced the game over the last fifteen minutes of the first period. Shortly before the break, Ocampos, who played in the left-hander, extended a goal by the head of Rami's head, taking the corner of the playmaker Payet (45 + 3).

Rami made forget about the misfortunes of the Greek striker Kostas Mitroglou. Conceded for the first time since October 7 against Caen (2-0), the midfielder lost once again two missed opportunities at a midfielder's midfielder Kevin Strootman (fifteen-fifteen) and a discount from Ocampos (34A). Rudi García summed up his ordeal replacing him for half an hour by Valère Germain.

Six minutes from the final (84º), Rami took advantage of a Strootman discount to guarantee OM's success and mark his first goal of the season. A small victory for great relief.