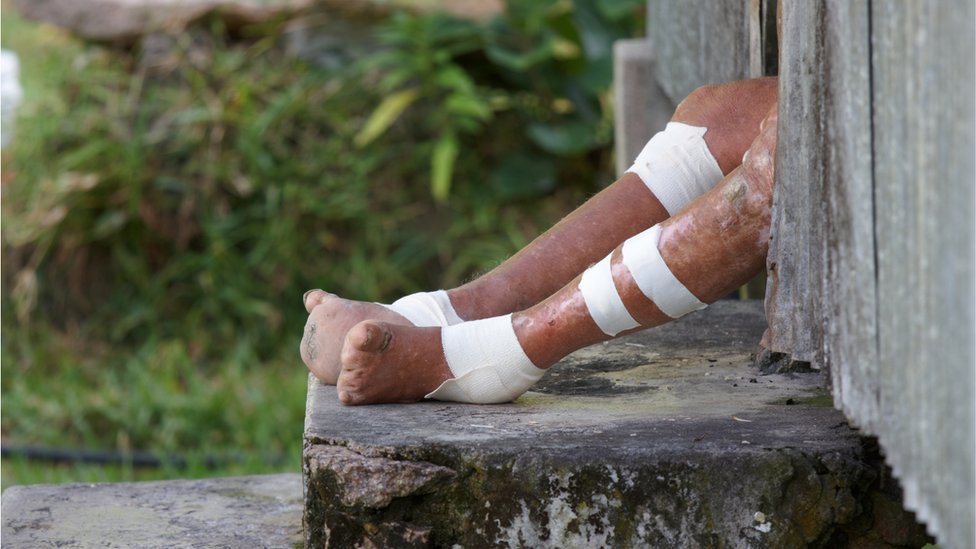 About one billion people in the world – one-sixth of all human beings on the planet – are affected by the so-called "neglected diseases" – diseases that the pharmaceutical industry has no interest in investigating, according to the World Health Organization.

The reason? "They are related to poverty, they do not have much interest in the market because they do not give a lucrative return," explains Sinval Brandão, researcher at Fiocruz and president of the Brazilian Tropical Medicine Society (SBMT).

WHO classifies 17 pathologies such as neglected tropical diseases. They are different from each other, but they have in common the fact that they mainly reach low-income or poor poor people in poor places and in developing countries.

Some of the pathologies have been known for centuries, explains Ethel Maciel, an epidemiologist at the Federal University of Espirito Santo (UFES).

For many who live in the great urban centers of the First World, there is the (erroneous) impression that they are diseases of the past eradicated. After all, in vast parts of the world where life and hygiene have improved, they are not a problem.

But they remain very present, concentrated in poor regions of the world, in remote rural areas, in favelas and urban areas without sanitation, including (and in great numbers) in Brazil.

"Brazil accounted for 70 percent of the deaths in the world of Chagas disease in 2017, contributing 93 percent of new cases of leprosy and 96 percent of visceral leishmaniasis in the continent, to name a few," says Jardel Katz, director of research and development in the DNDI (Drug Initiative for Unattended Illnesses).

If so many people are affected, why not talk about these diseases? They are silent, WHO says: "Because people affected or in a situation of risk have little political voice."

"Sometimes they draw attention when they leave the low-income circuit and poor places where they are often endemic and reach the middle class, rich neighborhoods," says Ethel Maciel. "This is the case of dengue, for example."

Some entities consider a larger group of diseases in the careless list. The G-Finder project mentions 33 diseases in its annual report on neglected diseases, including tuberculosis and malaria in the list. The project is organized by Policy Cures Research, a research center dedicated to finding ways to advance the health of the poorest people in the world and sponsored by the Bill & Melinda Gates Foundation.

According to Jardín Katz of DNDI, the 33 diseases considered by G-Finder are present in Brazil, to a greater or lesser extent depending on the region.

The Ministry of Health defined in 2008 the seven abandoned diseases as a priority in the country, based on data on its impact on Brazil: dengue, Chagas disease, leishmaniasis, leprosy, malaria, schistosomal and tuberculosis.

The problem is that, in a zone so dependent on public investment, public spending on research and development is dwindling. According to a recently released G-Finder report, the government reduced a 42 percent cut in funding for the investigation of neglected diseases between 2016 and 2017.

Lack of interest in the pharmaceutical industry causes these diseases to have very old treatments with limitations, low efficacy and adverse reactions, explains Katz.

One of the main treatments for leishmaniasis, for example, is made with a substance called antimony, which kills the protozoa that causes the infection.

"It's a hundred-year-old and very toxic treatment. One of them goes into treatment and may have a heart or kidney problem," explains Harvard's Harvard Medical Practitioner Guilherme Werneck and a professor at Rio de Janeiro State University ( Uerj).

"There is another remedy, the liposomal amphotericin B, but that is very expensive and also very toxic," says Werneck.

Ethel Maciel explains that the difficulty is not only for treatments, but also for prevention and diagnosis.

"In the fight against dengue, the way of combating the vector (the mosquito transmitting the virus) is the same since the 1980s in most parts of the country," he says. In the case of dengue, today there is still no specific remedy and only a vaccine, which has little effect.

"For those diseases, the public sector is the one that most research finances, and that means important advances. But for the issues of innovation and treatment, collaboration with the private sector is essential," says Werneck.

This is because, when it comes to advances in the field of health in general, universities and public institutions often do most of the so-called basic scientific research (studying the causative agents and how to fight them), explains Jadel Katz.

The study on the creation and application of remedies successfully ends with private initiative, which has more money and structure, as well as economic interest in it. "They take care of this step where there are regulatory problems, clinical trials, which require the patient's participation, money," says Katz.

In addition, there is a third stage, the manufacture, which requires a production infrastructure.

In the case of neglected diseases, however, virtually all research and development are done by the public sector or non-profit institutions, mainly foreign.

"It is a very dependent area of ​​public investment," explains Sinval Brandão.

But although the public sector and the university invest in research, advancement is much more difficult without the infrastructure of the industry, especially in the creation of medication treatments and manufacturing.

In Brazil, public institutions such as the Fanguichos de Fiocruz drug laboratory perform this work, but they are still few and can not have a level of production comparable to private initiative.

"Since it is not a pure business, you have to have development alternatives," says Katz. "Bringing the partners to speak, both in the government and in basic science, and in thinking about having an industrial partner. You need to have different partners, which dominate different stages of production."

In Brazil, there is a great concern about the fall of government investments in these diseases.

According to the G-Finder report on investments in research and development (R & D) in neglected diseases, investment in Brazil has fallen sharply in recent years, despite growth in the world, where it reached its highest level in 2017.

According to the research, published last week, total investment in the area in Brazil was R $ 29 million in 2017, 42% less than in 2016, which led Brazil to the list of twelve largest global creditors.

"We directly feel this reduction in budget cuts," says Sinval Brandão of SBMT. "The reduction in investment, which has already been seen in recent years, in 2017 and 2018 was much higher, interrupted projects and closed laboratories."

According to the report, between 2016 and 2017, the decrease in public financing was the result of the maximum public spending limit, which caused cuts by two financing agencies: the National Development Bank (BNDES), which reduced R $ 15 million of investments; and the São Paulo State Research Support Foundation (FAPESP), which reduced R $ 14 million.

"This global reduction is extremely significant in an area that has so little interest in the private sector," says Brandão.

This affected virtually all neglected diseases considered by the Ministry of Health in Brazil as priorities.

Investment in malaria research fell by 15%. By leishmaniasis, the reduction of funds was 63%. For tuberculosis, the cut was 45%.

For Chagas disease – a problem for which, for five years, Brazil was the second largest financier of the investigation: the cut was 74%.

Only two diseases had an increase in investment. One of them was dengue, which grew 41%.

What the government says

When it approved the maximum spending limits in 2016, the government repeatedly said that the budget limit would not affect health and education, several advocates made the matter, including the ministers Henrique Meirelles (who was in the Ministry of Finance) and Dyogo Oliveira (Planning ).

Asked by BBC News Brazil, the Ministry of Planning said it should be the Ministry of Health. "Money goes out of the budget for the agency, decides where and how to spend," said the ministry. note

The Ministry of Health affirms that its Department of Science and Technology (Decision) has not reduced the neglected diseases and has continued its research by associating with government agencies such as CNPq and Finep, but does not respond to the cuts made by the financing agencies.

The ministry also says that Brazil has "a high burden of noncommunicable diseases, in addition to communicable and neglected diseases."

"For example, in 2016 and 2017, for example, in countries where there is a lack of resources, we must allocate more or less resources to specific diseases. The emergence of Zika, there were more investments in mosquito-related research Aedes aegypti.

The folder highlights data from the G-Finder report pointing to Decit as one of the largest mosquito control research funders in 2017. It also says that other areas of the Ministry of Health and the Federal Government "investigate funds and are not covered in the report" , but did not specify why diseases and how much was invested.

However, the Ministry highlighted a list of actions to combat neglected diseases that do not involve research and development (and therefore not in the G-Finder report), such as "extraordinary allocations greater than R $ 10 million for control of malaria us states with the capital record ".

"As regards leprosy, the Ministry of Health annually performs a campaign to alert the population about signs of disease, stimulate the demand for health services and mobilize health professionals in the active search of cases, thus favoring early diagnosis, treatment timely and prevention of disability, "said the ministry in a statement.

The agency also highlighted the National Plan for the End of Tuberculosis as a Public Health Problem launched last year and "joint action with state and municipal health departments in the control of leishmaniasis", as well as the free diagnosis and treatment offered in SUS for diseases