The majority of the STF admits the forgiveness of Nadal de Temer, but the war of maneuver blocks the result Brazil 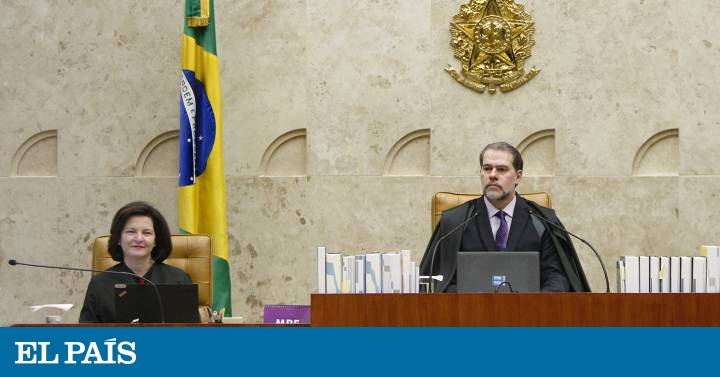 Only ministers Barroso and Edson Fachin voted for the unconstitutionality of the pardon decree of Temer. Alexandre de Moraes, Ricardo Lewandowski, Rosa Weber, Marco Aurélio, Gilmar Mendes and Celso de Mello have stated that the text is valid and that it is the prerogative of the president to define the criteria for its use in forgiveness, that is to say, Temer can reissue this year as you want

The session was marked by confrontations between ministers. When the score was four to two against the suspension request made by the PGR, Fux requested a view (more time to analyze the subject). Although there is a period established in the regulation to request a hearing, in practice no one meets the STF, which turns the request into a power of suspension of an indefinite judgment, that is to say, to maintain the preliminary decision that blocked the decree. Gilmar Mendes used their ability to concentrate their attacks in the 5 – 2 goal. Celso de Mello was the first to make the replace.

The image, with most Supreme pro-forgiveness, was a shame for Fux, who asked for a vision, in practice, to block the result. To try to turn the game, Gilmar Mendes proposed an unusual vote. The minister argued that the plenary session should discuss whether during the period in which the case would remain in the hands of Fux it would be worthwhile to maintain the mandate or not. In this discussion, five ministers (including some who were in favor of the decree) chose to maintain the mandate and four to revoke it. That is, they rejected Mendes's proposal. In another step, Toffoli asked for a vision of this problem.

Lawyer Raquel Dodge was the one who initiated the trial. For Dodge, the bill proposed by Temer in 2017 benefits "white" crimes such as money laundering, corruption and embezzlement. The rapporteur of the STF case, Minister Barroso, who granted the order against forgiveness, has argued that these crimes are excluded from the text, as well as those of "influencing marketing, crimes against the national financial system, property concealment and criminal association ". He also fired at the institute of collective forgiveness, which "has already been abolished in most democratic countries, such as the United States, Germany, France, Spain and Italy."

Barroso, who read his vote on Wednesday, said the decree proposed by Temer was outside the "standard of the series" of previous forgiveness. In the governments of former presidents Fernando Henrique Cardoso, Lula and Dilma Rousseff, forgiveness could only be granted to those who have already met 1/3 to 1/4 of the sentence, and forgiveness was only valid for the established sentences – from 6 to 12 years "Impunity and forgiveness of corruption are incentives for future corruption," said the minister, who nominated former Vice President Eduardo Cunha, who was imprisoned by Lava Jato as potential beneficiary of forgiveness. "The contested act [o decreto de Temer] It has serious legitimacy problems. When Brazilian society is fighting corruption, this decree deprives society and institutions of their efforts, "he said.

After the vote by the speaker, Alexandre de Moraes opened the divergence: "Forgiveness is an act of constitutional mercy, it is the private act of the president. We may like it or not, as many MPs do not like when the STF declares the unconstitutionality of laws or Modifications, but it exists. "He also criticized the speech that being in favor of forgiveness is defending corruption. "It is indispensable that there is respect for different opinions, far from the authoritarian positions that positions that do not agree with ours are undemocratic and in favor of corruption," he said.

I vote to punish Barroso, Fachin said that "the power of forgiveness has always been present in the Brazilian constitutional experience," and that "it is a power attributed to the head of state." However, he said that this power "is not unlimited". "Reduce sanctions imposed on people for these offenses [corrupção, peculato e lavagem de dinheiro] It is possible, but it must be guided by more rigid and procedural criteria that are more complex to be compatible with the rule of law, "he said.

After minister Rosa Weber tied the score 2-2, the minister Ricardo Lewandowski favorably turned the tables into the pardon of Temer. "Forgiveness was granted in accordance with objective and impersonal criteria and elaborated with general and abstract normative projections characterized by universality, so that it can not be interpreted as if it were intended to benefit someone," he said. In his vote, Minister Gilmar Mendes used to criticize the "pressure" of the media against the decree of Temer and pin the Public Prosecutor. "There was news of a supposed impact of forgiveness on Lava Jet convicts, of which 21 would be released, but 14 of those listed are informants and are already safe from persecution. See deceptive advertising [da imprensa]"Said.

The prosecutor, Deltan Dallagnol, coordinator of the Lava Jato work team in Curitiba, used twitter to criticize the STF's decision. "Corruption in Brazil is widespread and requires a strong response. The STF goes against the big one when it often releases 80 percent forgiveness of corrupt punishment for the forgiveness of Temer. That is, 4/5 of the Lava Jet pens / work will be thrown into the trash. In this way, it is easy to get corrupt in Brazil, "he wrote. Former Attorney General Rodrigo Janot inflated the chorus of displeasures by calling for Temer's forgiveness of "Christmas insult."

With the decision of Fux, the position that Lava Jet defends now is guaranteed by a thread.