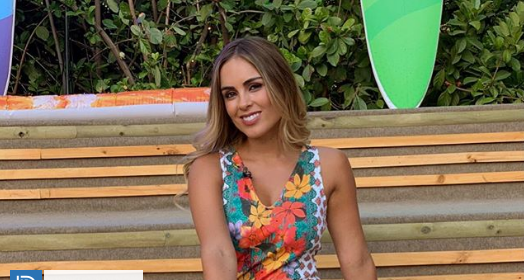 The dancer and model Maura Rivera is getting involved in a delicate situation after unknown people use their image for a scam online.

Through social networks, an invitation to invest in a platform that could double money and that had Maura as a face began to become viral.

"It was tagged in a Facebook account post where I appeared in an image in Good morning (from an interview he gave in 2014) saying he was recommending live, that morning, investing in a business model platform that gave more money and that he would also invest ", explained the pilot. Red holiday to the latest news.

"There was still another photo that said that she had convinced María Luisa Godoy (the artist in the morning) to deposit 135 thousand pesos live for the business," he added.

Of course that never happened, but several people fell by deception. A large number of their followers began to write their accounts on social networks to ask them how to participate and where they should make the deposit.

The model immediately refused to participate in that deception that promises "Deposit of a sum of money to an account, that money generates more money, but the numbers are very exaggerated."

According to his followers, there were victims that deposited 350 thousand and up to 400 thousand pesos. "I think there is a need for people to solve their financial problems. I am very sad to fall into these lies, because I imagine there are some that fall," added the dancer.

According to Maura, he is analyzing with his lawyer to present some legal action due to the misuse of his image.