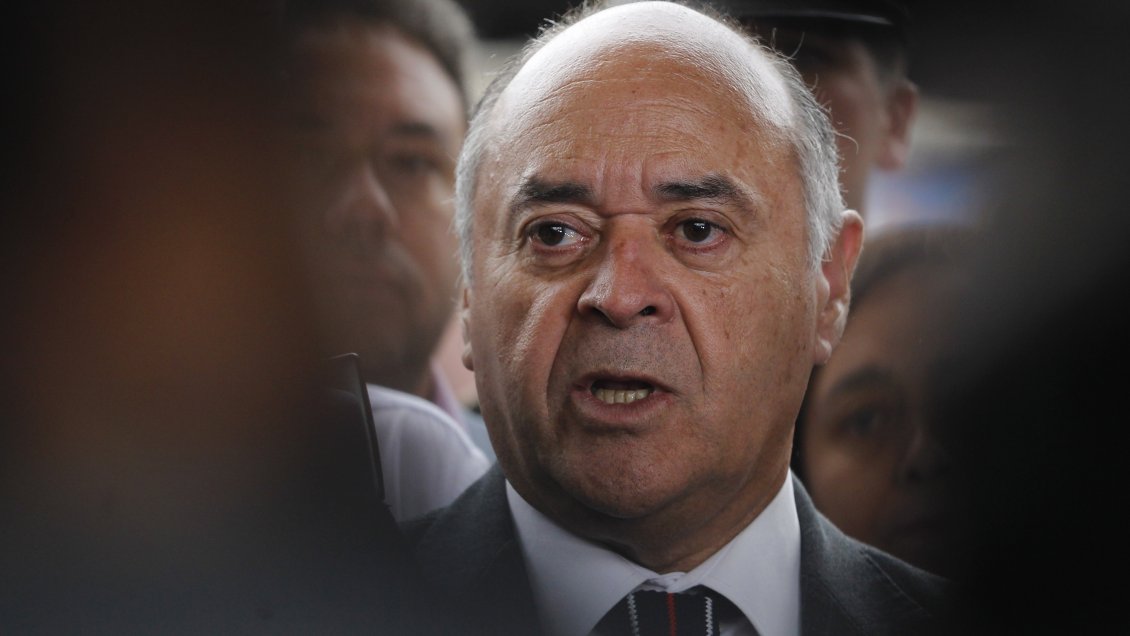 The Government confirmed the departure of the mayor of the region of the Biobío, Jorge Ulloa (UDI), which will be replaced by Sergio Giacaman.

The decision was made known through a statement from the Ministry of the Interior, which indicated that the resignation of the authority was accepted, as well as "Thank you for the total commitment, delivery and work carried out by Jorge Ulloa at the helm of the regional government since taking office on March 11, 2018. "

"The president has decided to appoint Sergio Giacaman García as the new regional mayor, who will take office as of April 16," they say.

Giacaman is a commercial engineer and He was the regional director of the Hogar de Cristo between 2009 and 2010 and Social Development Seremi between 2010 and 2012.

He is currently deputy director of the CSR and relationship with the community of the Essbio healthcare company.

The new mayor of Biobío is Sergio Giacaman García (@sgiacamang) who will assume from the following 16 of April. Giacaman is currently working on the management of CSR of Essbio. @ Cooper pic.twitter.com/sexFe9WhlC

"Promote the development of the region"

During This Thursday, Ulloa ruled out leaving his post, although he said that his position was "at the disposal" of President Piñera.

After listening to the decision, today said it "effectively the president considered it necessary to give a new impetus to the development of the region and, therefore, He has decided to accept my resignation"

When asked if the decision is due to his statement in the case of Asipes, the former authority has now replied: "I think your question is quite absurd, because being a witness in Chile does not constitute any harm"

"I repeat what I said at the beginning and I do from the first day, I joined the resignation, so it is a matter that is far from being discussed," he insisted.

OFFICIAL: The mayor of Biobío, Jorge Ulloa resigned. It is solved that his substitute will be Sergio Giacaman. @ Cooper pic.twitter.com/zrXQDbD8MU

Cecilia Pérez: There is no relation to Asipes

In the same line, from Santiago, the Government spokesman, Cecilia Pérez: "She has no relationship (with Asipes). There is no precedent on the table to file the resignation and that was accepted by President Sebastián Piñera. "

On the contrary, "we wish the best successes to the new mayor, Sergio Giacamán, and we hope – due to the recognition we have for Jorge Ulloa – that can continue to accompany the Government, at some point, in some other function," Perez said.

JVR: there is an evaluation of a number of things

The deputy Gastón Saavedra (PS) valued the decision, but kept this "You should stay with that mistaken statement that you did not know who made the deposits of the Asipes case. I think that a scenario has been closed, because we can not have a forbidden mayor with such a complex case. "

On the other hand, the senator Jacqueline Van Rysselberghe (UDI) –credited in the Asipes case– stated that "the decisions taken by the president are never the result of a single reason, I think he is one evaluation of a series of things which finally leads the president to accept the resignation of the mayor. "