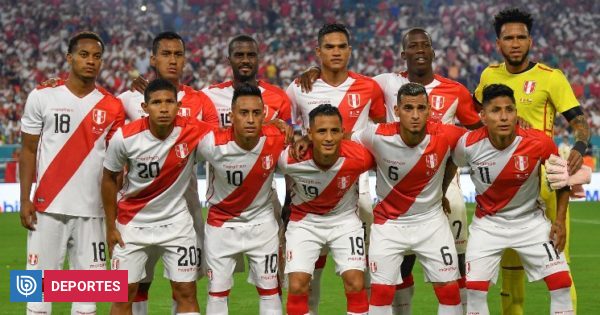 Did you find a mistake?

FIFA warned on Monday that Peru will be "suspended immediately" if the controversial rule amending the Law of Strengthening of the Peruvian Football Federation (FPF) is promulgated.

"If the plenary session of the Congress of the country adopts the modifications to the law by second vote and, later, the president of Peru promulgates the modification, the FPF will be suspended with immediate effect," said to FIFA in a letter sent to the Peruvian Federation. of Soccer, which the press has disclosed.

"This suspension will be carried out as soon as the current version of the law adopted by the Congress of the Republic is enacted," said the letter.

On Tuesday, the plenary session of the Congress was approved by majority in the first ballot to modify the law on the FPF. But FIFA does not allow the interference of politics in the affairs of football federations.

International tournaments in a risk situation

If the law advances in Congress and ends its legislative process, the consequences of the suspension are tangible: the Peruvian team could not face international commitments with other FIFA teams, which include the Copa América Brasil 2019; o Sub-American Sub 20, which will take place in Chile in January 2019; o South American Sub 17 e Sub world 17, which – for the moment – is organized in Peru; Pan American Games Lima 2019; And, most importantly, the Qualification for the Qatar World Cup 2022.

Meanwhile, clubs from the local championship would not participate in continental competitions: a Copa Libertadores and the South American.

In addition, Peru could not host the final of the Copa Sudamericana in 2019, set by Conembol, nor could it host the U17 World Championship and the South American Championship, scheduled for next year.

"We are closely following the events. We are worried, how is the whole country"

Although Peruvian soccer still has hope. The change to the norm will be voted again this week, possibly on Thursday, for the last time. If approved, it will be transferred to the Executive so that President Martín Vizcarra, within 15 business days, promulgates, refuses or observes it.

In the event that in the second vote the majority of the congressmen refuses the modification, the norm will pass to commissions or will be filed, according to the Congress.

The FPF in finding this agreement in Congress recalled in a statement that "FIFA and CONMEBOL have repeatedly warned the FPF that a modification or repeal of the law, in the latter case, will lead to a process of evaluation of the sanctions against our institution, including its suspension , which implies the loss of all its sports and administrative rights. "

In the case of Peru, he states in his letter that after moving forward in the process of strengthening the FPF and establishing a date for the elections of the Executive Committee of the FPF, "it is known that Congress proposes amending the law nine months after it is approved."

The FPF has announced that it plans to hold elections to renew its board of directors in December 2019, according to FIFA and Conmebol.

The Argentine coach, Ricardo Gareca, on Friday at a press conference was worried about the possible approval in the Congress of Peru about this modification to the norm.

"We are closely following the events. We are concerned, like the whole country (about the FPF Strengthening Law)," he said.

"I never thought I felt this type of worry, especially because we had very friendly moments like qualifiers for a World Cup after 36 years," said the "Tiger."