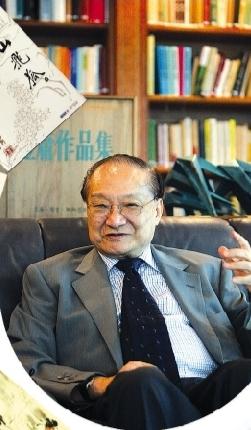 This newspaper (reporter Zhang Zhiyi), writer of the famous death of Jin Yong on October 30, unleashed the commemoration of the Chinese world. Along with the mute emotions of all, there is also the volume of sales of the works of Jin Yong. Jingdong Big Data shows that from 19:00 on October 30 the works of Jin Yong were sold until May 20 and grew more than 120 times since day 29.. Dangdang data shows that the price of 650 yuan (original price of 968 yuan) of 36 volumes of "Jin Yong Complete Works (Langsheng old version)" began to increase orders at 19:00 to 31, the time of the previous day increased 350 times. Currently, this set of books is scarce, and is in pre-sale status in Jingdong and Dangdang.

The great data from Jingdong reveals that after the news of Mr. Jin Yong's death on the night of October 30, at 19:00, the search volume of the Jingdong "Jin Yong" platform increased more than 60 times, reaching peak demand at 9:00 p.m. Dangdang data shows that as of October 30, the volume of word search related to "Jin Yong Complete Works" in Dangdang increased 80 times, independent visitors increased by 55 times compared to 30 days ago.

On the Dangdang platform, readers adore the "triple version" of Jin Yong's works. Although this version has been printed for more than 10 years, it is still highly sought after. At 30, there are almost 10,000 readers searching for Dangdang for the "triple version" of Jin Yong's complete works; The simplest is "The Legend of the Condor Heroes", "Tian Long Ba Bu", "Swordsman."

The journalist from Beijing Youth found that from the time of the press, such as "the works of Jin Yong (old version of Langsheng) (36 volumes)" "the works of Jin Yong (new Langsheng review) (36 volumes)" (new collection of treasures) Jin Yong works Set Set "and others in Jingdong are in out-of-stock status to accept the state of the reserve. Dangdang, although there is a" new Langsheng review "for sale, but the old version of Langsheng also has It must be reserved and deliberately marked the time of arrival. Of the three main book sites, only Amazon is available for sale.

Which areas of readers have the deepest feelings for Jin Yong? According to data from Jingdong Big Data, readers from the five provinces of Beijing, Guangdong, Shanghai, Jiangsu and Sichuan have the largest volume of search in the Jindong platform. The readers of Hainan, Ningxia, Beijing, Tianjin and Chongqing have the highest growth in search volume. The growth rate of Hainan exceeded 100 times, the orders of Jinyong readers in Beijing, Chongqing, Hubei, Jiangsu and Jilin rose rapidly in 24 hours.

The data from the two platforms show that male readers of Jin Yong's works represent more than 60% of the total. After more than 80% of readers are 70-80, there are newer readers after the 90s; students, teachers and white-collar workers are the main readers; Previous users accounted for more than 90%.

At present, most Jin Yong novels on the market have "Langsheng", because the copyright of the Jin Yong novels in mainland China are currently fully licensed by the Langsheng Book Company and "Langsheng Edition" is the abbreviation of the company.

The novels of Jin Yong from 1955 to 1972 are called the old version, mainly serialized in newspapers and magazines, also called "serial version". The most classic version is the serial version of Ming Pao, also known as the old real version. As everyone knows, Ming Pao is a newspaper founded by Jin Yong in 1959. The same year, the newspaper began serializing "The Condor Heroes."

In March 1993, Sanlian Bookstore signed an editorial contract with Jin Yong. In May 1994, the "Jin Yong Collection" of three editions was officially launched; There were loads and "pockets". In December 1996, the Editorial for Culture and Art published the comment "Jin Yong Wu Xia Works Complete".

The new revision refers to the Guangzhou Publishing House version. In 2001, Jin Yong handed out the exclusive license to Guangzhou Press.

"Everything is progressing in an orderly way" (to the Winter Olympics) – Sina.com