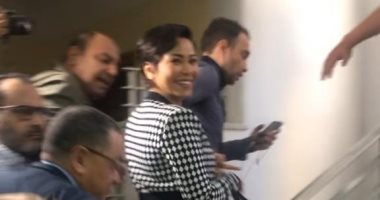 Sherine Abdel Wahab, accompanied by her husband Hossam Habib, came to the headquarters of the musicians 'union in the center of the country to appear before the research committee of the musicians' union next to their latest crisis with their concert in Bahrain.

And his director, Ayman Napoleon, participated in the headquarters of the union at the beginning of the investigation date, in order to soften the arrival and try to calm things down and put the opinions of members of the union and advisers of Sherine Abdel Wahab.