PROVIDENCE (Guyana): A new Indian team will aim to get out of the shadows of a simple past when she bids her candidacy for a bachelor's degree with a tough opener against New Zealand in the first original Women's World T20 that begins today on Friday.

India was not very competitive in the shorter format compared to the game of more than 50 years in which they wrote a moment of filming last year when they reached the end of the World Cup.

In the end, the nerves got their best and lost the title against England after having complete control in one stadium. 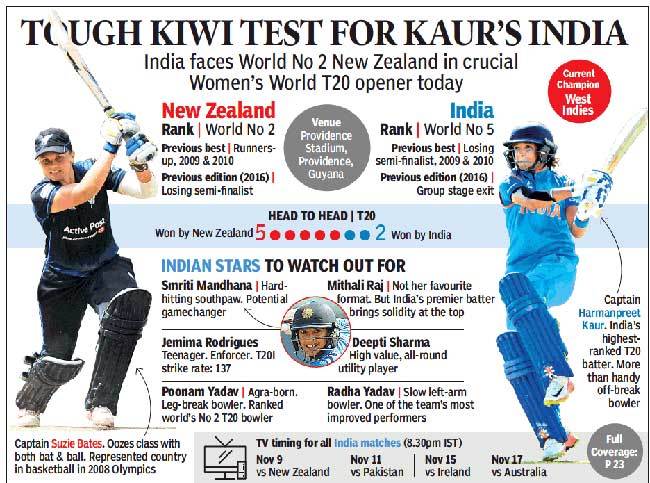 Captain Harmanpreet Kaur and the newly appointed coach Ramesh Powar insist that the team has learned from that final defeat and the presence of youngsters, including six World Cup debutants, makes the squad "no fear".

India never won the World T20 in its last five attempts with its best result, a semifinal appearance, which will arrive in 2009 and 2010. This is the first independent T20 for women after being aware of the male event in recent editions.

In preparation for the T20 World Cup, India achieved a great way, surpassing Sri Lanka hosts before tying Australia A home. What would give them additional confidence in the opener is the victory of the winning winners of the West Indies and England in the warm-up matches.

The opener Smriti Mandhana, over whom India will rely heavily on the Caribbean, said that the final defeat of the Asia Cup T20 for Bangladesh in June was an immediate attention call.

"After the reversal in the Asia Cup, we all went back and worked hard. You can see that everyone is up to the brand where it has to be in the international standard," said Mandhana, who is also vice-captain.

"The Sri Lankan series was really good. For me, personally, it did not get really good scores, but one match, Harmanpreet and I did not make a single race and we got 170. This was great. 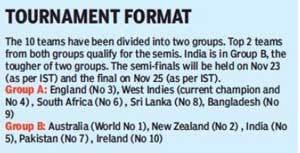 "Bowling players have also improved massively in the last three months, they are clear with their plans. And wisdom, we are 10 percent better than in the last World Cup," added Mandhana, who will open with veteran Mithali Raj.

While the performance of Mandhana will be crucial in the upper part, the teenager Jemimah Rodríguez, Tanya Bhatia and Harmanpreet will form the order of the middle.

The spin department, led by Leggie Poonam Yadav, is the strength of India while the rhythm department lacks experience after the retirement of veteran Jhulan Goswami.

India could not overcome the group stage in the previous three editions and will have to play consistently to advance knock-outs.

Trainer Powar, a former Indian off-spinner, has high expectations of his team.

"They know that growing as individuals, the team grows, the Indian women's cricket will grow and people will begin to notice the game in India and around the world," Powar told the ICC's official website.

"When you enter these tournaments, you have to break the records, notice yourself as an individual and a team as well, so I am anxious for that," he added.