Despite the pressure of Brussels, the Italian budget "does not change" 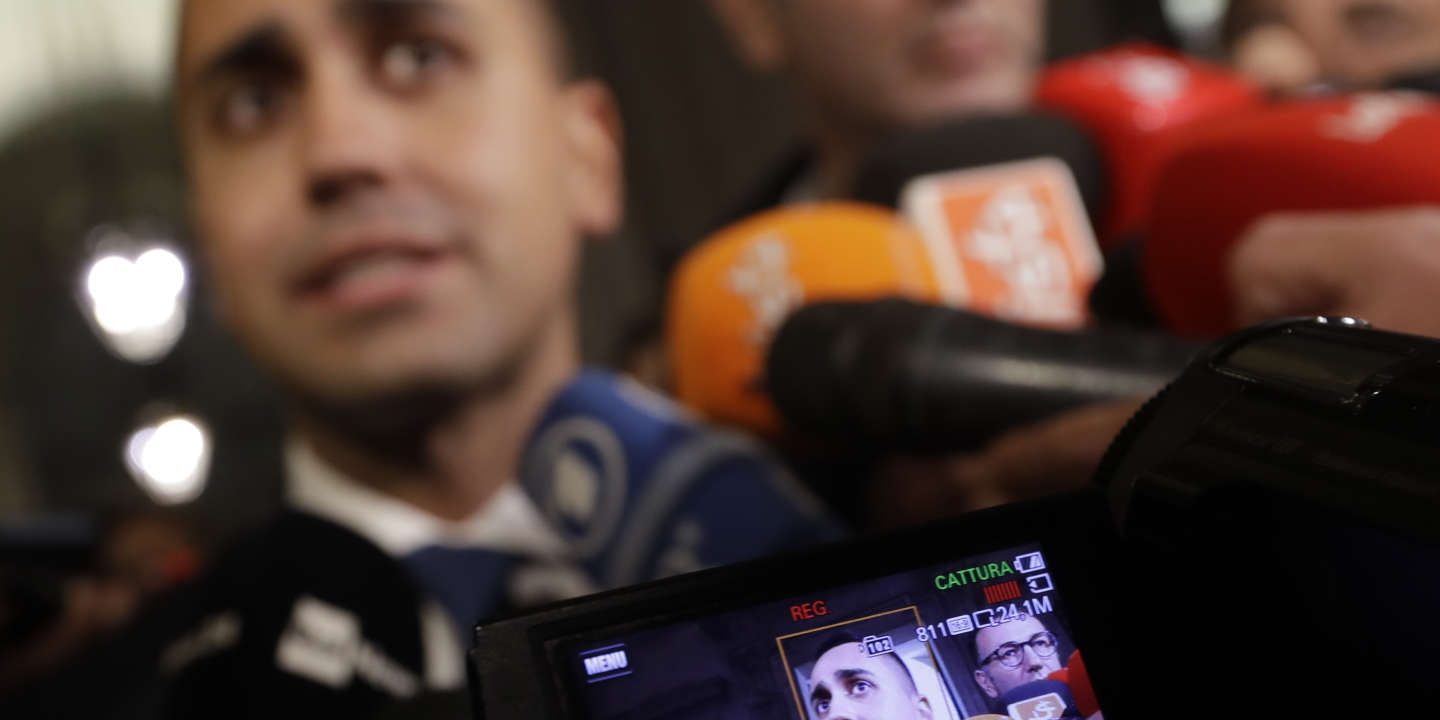 The Italian populist government, summoned by the European Commission to review its budget for 2019 before Tuesday, November 14, confirmed tonight that it did not intend to surrender, running the risk of financial sanctions, the implementation remains quite hypothetical. "The budget does not change, neither in the balance sheets nor in the growth forecast. We are convinced that this budget is what the country needs to restart"said Luigi Di Maio, Deputy Prime Minister and leader of the 5-star movement (M5S, anti-system).

"Our goal is to keep the deficit in 2.4% of GDP and we are committed to maintaining it"He added to the press after a council of ministers and a meeting with his ally Matteo Salvini, head of the League (on the right) and the head of government, Giuseppe Conte. "We are working on a budget that guarantees more jobs, more pension rights and less taxes (…) If it best suits Europe, if it does not adapt to Europe, we continue anyway"said Mr. Salvini, arriving at this meeting.

Read too Rejection of the Italian budget: what risk is Italy Salvini?

For the government, the budget against austerity will relaunch the reduced growth and, thus, reduce the public deficit and the enormous public debt of the country. But for the first time in the history of the European Union, the Brussels authorities rejected on October 23 this project of Italian budget. Supported throughout the euro area, the Italian arguments are deaf, which promises a deficit of 2.4% of the Gross Domestic Product (GDP) in 2019 and 2.1% in 2020.

According to the Commission, the measures envisaged in the budget could push the deficit to 2.9% next year and 3.1% by 2020. Especially because it expects growth of 1.2%, while Rome has 1.5 %.

In a report released Tuesday afternoon, the International Monetary Fund (IMF) reaffirmed a growth forecast of 1% in Italy by 2020 and was skeptical of the reforms announced by the government. "The authorities' focus on growth and social inclusion is welcome"the fund said, but current forecasts expect to keep public debt at around 130% of GDP for the next three years.

According to the Italian media, the Minister of Economy, Giovanni Tria, will have to send a letter to Brussels in the next hours to explain the government's decision, accompanied by a presentation of the structural reforms planned by the government and the investment plan. .

When refusing to change his budget, Rome is exposed to the opening of one "Excessive deficit procedure", which could lead to financial penalties corresponding to 0.2% of its GDP (some 3,400 million euros).

In front of the European Parliament in Strasbourg, German Chancellor Angela Merkel repeated that the EU wanted "Reach" to Italy, the founding country of the union. "Italy also adopted many rules that we all have in common now"she remembered. "I hope that a solution can be found". European Commissioner for Economic Affairs, Pierre Moscovici, also multiplied the calls for talks, hoping to arrive "A commitment".

According to Lorenzo Codogno, founder of LC Macro Advisors, Italy should be in the process of excessive deficit (EDP) "At the end of January", but the term of three to six months to prepare the correction plans "It will allow Italy to reach the European elections without obstacles". logo "Nothing will happen until the new Commission is in place" in the fall of 2019.

According to Codogno, the lack of fast action at European level, financial markets will have, "As always, the true guardians of the budgetary discipline".

Since mid-May, the start date of the discussions on the formation of the populist coalition, the spread and the narrow disparity observed between the Italian and German loan rates has doubled, now oscillating around 300 points. According to the Bank of Italy, this represents an additional cost of 1,500 million euros in interest for six months.