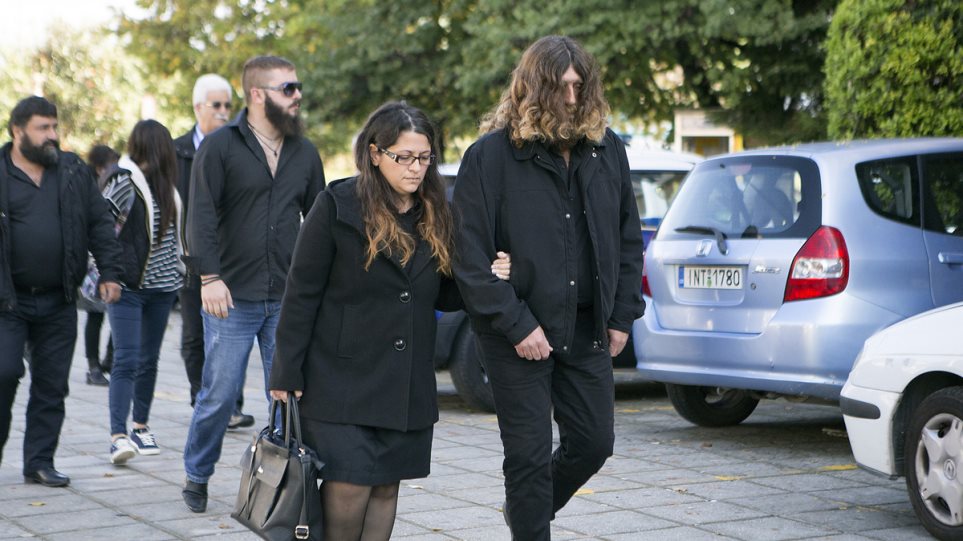 The trial of the nine Cretans in the extreme case of Yakoumaki was interrupted at 4 in the afternoon and will continue on May 7 with new examinations and witnesses. In particular, the prosecutor of the headquarters requested that two former students be taken to the milk school, whose names appear in the statements of the hearing so far. The prosecutor also asked that a former student be brought to trial, which has been absent from the procedure so far for health reasons.

The defense of the accused asked a former student living along with the unfortunate Vangelis Yakoumaki in the first year, a petition accepted by the headquarters.

Today, in addition to the old students, the then head of the house in dairy products, which referred to the cases at the expense of the unhappy 19-year-old, whom he said, was informed by other students in the first year, Vangelis Yakoumakis.

Andreas Giakoumakis, the father of the victim, asked the central seat to examine as a witness to a relative, uncle Vangelis, Giorgos Viviadakis, as well as the private investigator, Fountos Vergos, who was involved in the case, a petition that was accepted.

When examining the private investigator, tensions with the Court of Justice in questions of defenders of the defense were raised.

Maria Fronimaki, Vaggelis's mother, exploded and wept outside the room.

"My Vangel, who is my son, negotiate your loss. Where will he tell us? I lost my son … he left me a candle …" he said.

Giorgos Viviadakis said that, from the day after the disappearance of Vangelis, he met with the happy mother in Ioannina and tried to extract information from the students' environment about the problem of young people aged 19. "I learned that they were closed. They had hanging from the window. They were subjected to physical violence. They were taken to the corridor. When T appeared … she said … my lady … I suffered."

On the part of the defense defenders, George Kokosalis, in his statements, emphasized: "I think that the whole process so far has not been tested. Speculations and voices, as a result of rumors that were developed around the case, much later than the disappearance of the deceased Vangelis and without a doubt after his discovery. From a legal point of view, it is a construction. We have baptized meat fish, dangerous bodily damages some incidents, which until now I have not found that they have been tested. Witnesses who marched past said, I have seen, heard, without naming the source of their knowledge. The family made an effort with a private investigator who presented himself today, but his source of knowledge has identified certain people who have already filed a case and did not contribute anything I think so far nothing has been proven. "

"If the deceased Vangelis lived, a smart and mature child, as described, an adult child would surely not drop his classmates and friends for these acts that he supposedly," said Kokosalis.

"If it's bowling, there was no law, when Vangelis was in school. It was instituted, after the disappearance of Vangelis. If it's something else, it's definitely not dangerous personal injury. Why is it a bodily injury? Because the crime is by itself, And so the process came to the public. This case came to the public, because some chose to change their testimonies after meeting with several extraterrestrial actors that emerged in the public. The notion was understood. "