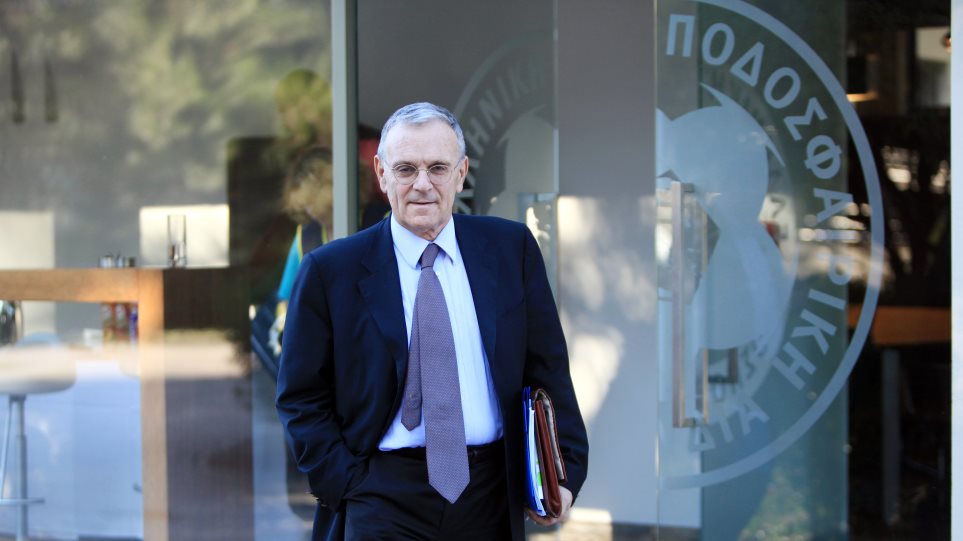 A strange game of destiny brings the new CEO of the infamous ERT, Yanni Droso, to move to a conceivable triangle. Triangle, no … strange interlace or triangular transaction, but geographically, since in its long career (beyond the academic career), three are its main stations.

In the Pentagon, as a member of the Ministry of National Defense during the years of Akis Tsochatzopoulos, there was a crazy "party" with weapons programs.

A few years later, in the Edo Building of Goudi, as the head of the Federation, when Stavros Kontonis predicted "consolidation," he put the "donor" presidents.

And now on Mesogeion Avenue as General Director of the Hellenic Broadcasting Corporation from the "black" Antonis Samaras managed to become a political move of Nikos Pappas and has become three years in "syriza channel".

The lawyer and law professor was appointed ERT chief, while music composer Dimitris Papadimitriou and journalist Lefteris Arvanitis are both new members of BoD.

The curse of Mr. Drosou leaves you awake. Exploration, impressive studies, deep knowledge of public law with numerous articles on the Constitution, public policies, the right to vote of expats, the legal status of political parties.

The 67-year-old lawyer promotes ERT to solve with his knowledge the problems created by the "Pappa system" on Radio Megaro along with its unregulated trade unionists, formerly PASOK led by Kalfayiannis.

Yannis Drossos is the typical example of the theory that "PASOK is here, united strong" or the funny phrase of the internet "we are all PASOK."

In the youth, Drosos also entered the list of "resistance" against the Xunta, a son of the famous "Polytechnic generation" who redeemed struggles with political positions.

The counselor of … Change

In the eight years of "Change" Drosos jumps from one ministry to another. And with a break in the days of "Paspers" and "Fokota" it is always in the position of consultant. Adviser to the Ministers of Commerce (1984-1989), Minister of Justice (1995), Energy and Technology Industry (1995), Vice Minister of Foreign Affairs (1993-1994) and Internal Presidencies of Public Administration and Decentralization (1994-1996) ).

If some people are not saying these difficult titles, being general manager of the defense industry is like being the Pentagon No. 2.

It's the season when dogs with sausages stick in Greece. There are billions of dollars in equipment that went bankrupt and are on the Akis Tsochatzopoulos table. The Institute of Defense Analysis plans plans for the "superpower" of Greece that needs airplanes, frigates, helicopters, TOR – M1. It is the moment the Institute makes the Durou Regional Council, a term that wants to forget as much as possible.

Drosos is not just the right hand of Akis, but he resolves and stays in the Pentagon, while some who know about faces and things insist: Drosos is also the best man of the former convicted boss.

The equipment and the buses were like … on the heads of everyone, but nobody understood anything.

The administrator of Akis, but also a friend of his successor in defense, jailed by the robots, Giannou Papantoniou, would have to spend hard times at that time.

Because all the jurist, the educated scholar, the servant of justice, would be impressed by the rot, corruption and immorality of the "Akis system" that dominated the Pentagon. How can you cope with the daily "tango of intercrossing" with Tsohatzopoulos, Shmokos, generals and arms dealers? It has to be a morale and impeccable moral to do so, so do not make your finger on honey.

Drosos endured, he served as a true patriot … PASOK patriotic, until the time crew arrived.

When Andreas's party fell, the prominent jurist approached SYRIZA, along with others … repentant Pasoks who wanted a sheltered political house.

Obviously, his legal knowledge is particularly useful for all parties and governments, so Nikos Pappas was hurried two years ago to give the case of television licenses to the State Council. An important contributor to the Minister of Digital Policy at the time, despite his rich resume, marked Nicholas Pappa's greatest "Waterloo" politician, losing the judgment in the CoE.

However, even this failure did not eliminate SYRIZA. With the blessing of Stavros Kontonis, he is the head of the "Reduction Committee" at the EPO, which would save Greek soccer from the "bad guys" and will release the left of Mr. Tsipras and Mr Vassiliadis.

Giannis Drous, the outstanding lawyer who left the university to … plays the ball … The ethical stage of SYRIZA, we also learn from his photos in the stadium with Alexis Tsipras and Giorgos Vasiliadis.

We … we enjoyed, of course, when we organized that memorable final Cup in Volos between AEK and PAOK. Then, the "fanatics" even chased dogs with scales and axes, to excite the athletic spirit.

Nor did this failure move away from the narrow core of the SYRIZA regime. Poor languages ​​say that after the failure of the Coalition, he collided with Nikos Pappas, but as a good lawyer, he found access to the Mansion Maximos. It may be that the other strongest man at SYRIZA, the first on a cross on the FA, Antonis Kotsakas, an old friend and a close associate of Tsochatzopoulos, allowed the former hangman of Akis. His acquaintance with Dimitris Tzanakopoulos became friends and he "took away" the first voucher with his choice for ERT. Some people in the government still say that with the mandate of Tsipra, Drosos was appointed by a government spokesman, not only for the indisputable skills, but also to send a message to Pappa for his pathetic failure when choosing the twin of the ERT disaster, Thalassinos and Kostopoulos.

As people who know the underground collisions in the … Mashrooms basins "Tzanakopoulos – Pappas: Mark 1".

The former man of Akis Tsochatzopoulos, the old friend of Giannos Papantoniou, the clutch of Nikos Pappas (to some extent) and now an administrator of Dimitris Tzanakopoulos, found a warm office in ERT.

Because, as the wise people say, "PASOK is a good party whenever you leave it fast … To make a race."