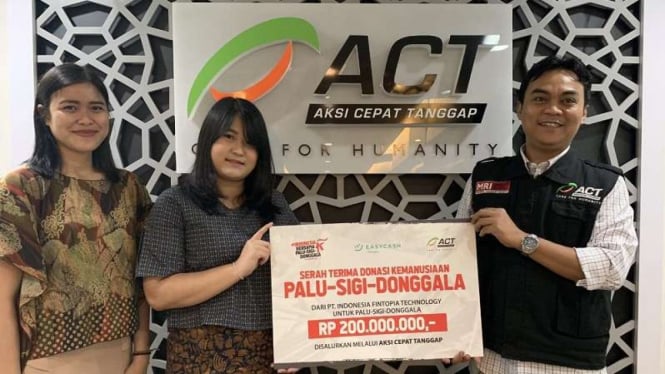 VIVA – Helping the victims of disasters in Palu, Sigi and Donggala is the obligation of all parties to increase Palu. Even the pilot company in the field of financial technology (fintech) plunged to help the victims.

But there is something unique about the way a fintech company has Easycash, Fintopia. Rapid response help has been how to eliminate credit accounts for Easycash users in three affected areas, namely, Palu, Sigi and Donggala.

"This is the first form of assistance provided indirectly by Fintopia to victims of natural disasters in Palu and its environs," said Fintopia Director General, Liu Yongyan, in his statement on Thursday, November 8, 2018.

In addition, on November 6, the Fintopia team visited the ACT (Aksi Cepat Tanggap) to channel 200 million Rp in aid to help earthquake victims in Palu. The funds will be allocated for the construction of temporary houses for the victims of natural disasters there. 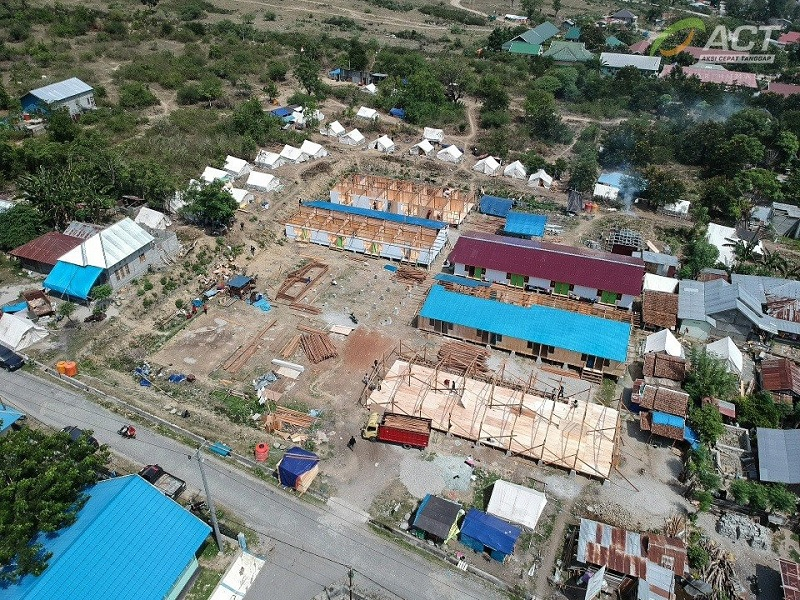 The ACT estimates that housing construction now reached 30 percent and will be completed in less than a month.

The leader of ACT, Basair Muhammad, emphasized that the field team worked for 24 hours to accelerate the construction of houses or temporary refuges.

According to Basair, assistance in shelter or temporary housing is very beneficial for victims of the hammer's disaster. Currently Indonesia enters the rain season and the victims still live in stores, which when it rains water can enter the store.

"So we expect the construction of temporary houses can be quickly completed and can be occupied by refugees," he said.

With this donation, Fintopia hopes to help restore development in the affected areas and alleviate the burden on those affected.