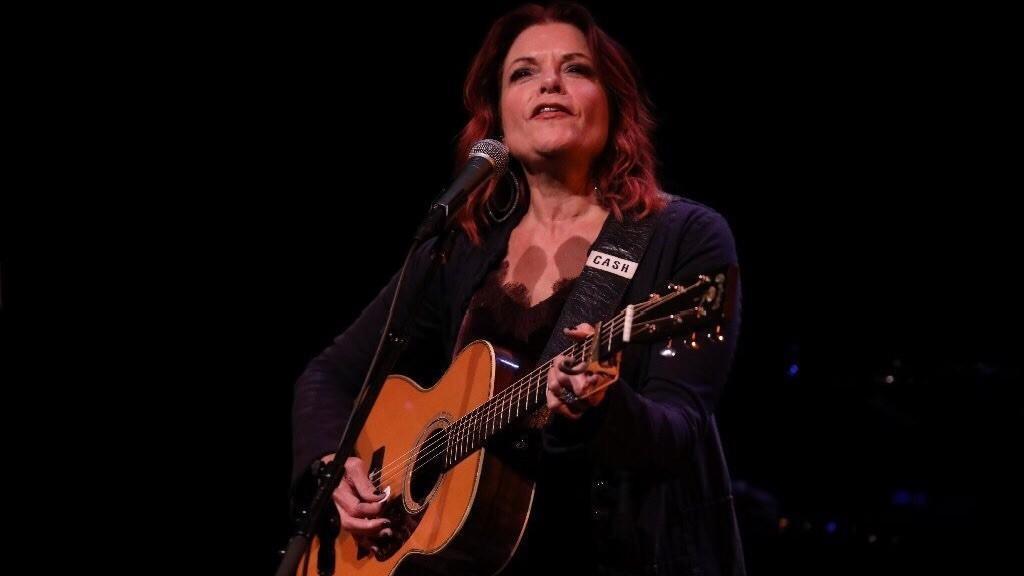 Rosanne Cash likes to play her songs. There is no sales job going on, just a quiet confidence in the power of words, the delay of the melody. She assumes great themes with small gestures and a clear voice that refuses to show.

But do not confuse your underestimation for lack of conviction or fire. On Friday, in the first of two concerts sold at the Old Town School of Folk Music, the singer opened a series of songs from his weekly album, the bright but unbridled "She Remembers Everything."

"These are women's stories and they are my stories," Cash said of his latest work.

Her husband, guitarist John Leventhal, provided an empathetic accompaniment, although it seemed as if the couple were still discovering how to live completely in new songs. There was a brief stumbling in the middle of the hard-won rescue of "Rabbit Hole", in which Cash stopped banging after the guitar solo. But the silence was somehow, a moment for the besieged narrator to meet to recover the composure before continuing.

The track reminded "She Remembers Everything" distilled tonight of "women's stories" in a stunning chorus #MeToo giving voice to a silenced victim. The notes on percussive only by Leventhal as punctuation points.

The songs contained mysteries that avoided easy solutions, as men and women navigate "The Undiscovered Country" among them. The song shone like a Western epic, a calculus under a great implacable sky. "They took our vote, turned them into money," Cash sang out of the "old" no name.

These were emotionally intense songs, intimately interpreted, sometimes embarrassing in brittle. Things got loose immediately when the duo turned to some of its oldest materials, including the plots, south of "A Feather & nbsp; Not a Bird", the "Money Road" finger and a low-content version, but ardorous, by Hank Snow "I'm on Movin & # 39; On". The money brought with it the satately reverence to the "Long Black Veil" and it was folded into the "Ode to Billie Joe" by Bobbie Gentry. The singer knew that the narrative breathed, the images admire as if they were giving a dramatic reading of a short story by Flannery O & # 39; Connor.

The couple released their son, the University of Chicago student, Jakob Leventhal, to sing one of his songs: "This Love is Sarcastic." He pointed out the lightness, but in the end offered a kind of tired optimism, a serious reason to make the most of a "gorgeous mistake." His parents surely appreciated the feeling.

His music slipped the bugs, beautiful and the other, and attracted wisdom and resolved them. As Cash said at the beginning of the set, the songs "about destruction … and broken things – that's my wheelchair." This was a set full of songs about families, couples and countries that tried to heal and continue. Nobody needed to scream.

1. The only thing that is worth it

2. Hole of the rabbit

16. This love is sarcastic (Jakob Leventhal)

17. When the master calls the roll

A voice of empathy in the midst of uncertainty in She Remembers Everything & # 39; MORE COVERAGE: »

Comment "Horn From the Heart": a fat look at the deceased, great Paul Butterfield, a Chicago blues man »