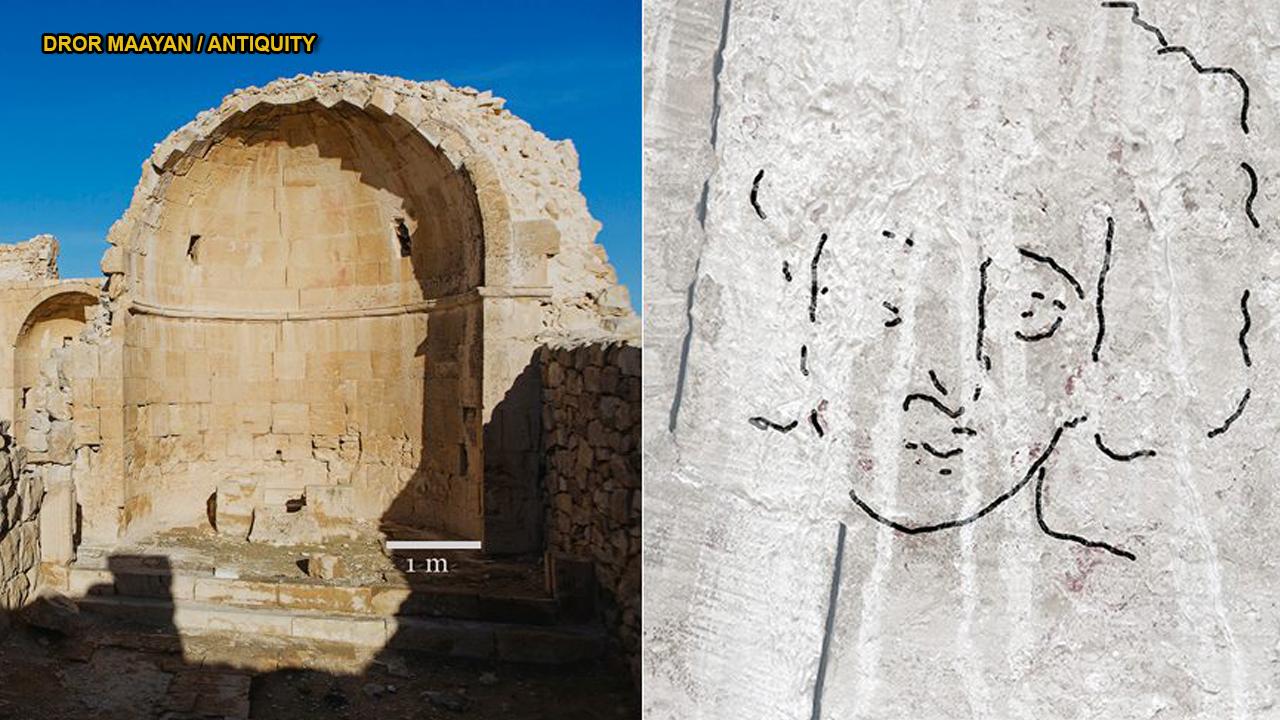 A painting of 1,500 years of unknown antiquity of the face of Christ, that was created as of the VI century; a. C., was discovered in a Byzantine church in the Negev desert of Israel. In painting, Christ is represented by a much larger figure, which probably is John the Baptist.

A painting of 1,500 years of unknown antiquity of the face of Christ was discovered in a Byzantine church in the Negev desert of Israel.

The discovery in the ancient Byzantine village of Shivta debuts many excited archaeologists. Although the painting is fragmented, experts from the University of Haifa of Israel were able to discover the facial contour. His research has recently been published in the magazine Antiquity.

The painting, which is believed to date from the VI century BCE. C., shows Jesus as a short-haired girl.

"NON-DESERT VESSELS": GRAFFITI OVERSE OF 2000 YEARS EXCEPT IN ISRAEL

"The face of Christ in this painting is an important discovery in itself," they explained in his article. "It belongs to the iconographic scheme of a short-haired Christ, which was especially extended in Egypt and Syro-Palestine, but it has gone from the later Byzantine art."

The face of Christ with the proposed reconstruction.
(Photography by Dror Maayan / Antiquity)

Painting was observed briefly in the 1920s, but now has undergone further analysis. In his study, archaeologists at the University of Haifa explain that Christ is represented by a much larger figure, probably Juan Bautista. "The location of the scene, above the [church’s] Baptist sources in the form of a crucifix suggest their identification as the baptism of Christ, "said the authors of the study.

The experts describe the discovery of painting as extremely important, noting that it is prior to the religious iconography used in the Orthodox Christian church. "Until now, it is the only place in place of Christ's baptism scene to date with confidence in the pre-iconoclastic Holy Land," they said in the study. "Therefore, it can illuminate the Christian community of Byzantine Shivta and primitive Christian art throughout the region."

Painting is the last fascinating archeological discovery in Israel. Engraving of ships, for example, have recently been found in an old open water cistern in a city in the Negev desert.

The Baptistry Chamber (on the right) where the painting was found.
(Photography by Dror Maayan / Antiquity)

In a separate project, archaeologists recently confirmed the first complete spelling of "Jerusalem" in an ancient stone inscription excavated in the Jerusalem Convention Center, known as Binyanei Ha & Uma.

In another project, experts have discovered a site that can offer a new vision of the ancient biblical realm of David and Solomon. In a separate archaeological excavation, a trove of bronze coins was recently found, the last remains of an ancient Jewish revolt against the Roman Empire near the Temple Mount in Jerusalem.

In February, archaeologists announced the discovery of a clay sealing mark that can withstand the signing of the biblical prophet Isaiah.

Remains of the scene of the baptism-of-Christ (indicated with white arrow) in the apse of the camera of the Baptistry. (Photography by Dror Maayan / Antiquity)

Other recent findings include the skeleton of a pregnant woman, which dates back to 3,200 years, in the valley of Timna of Israel, in a place called the mines of King Solomon.

In the place of an ancient city of the West Bank, archaeologists are also looking for evidence from the tabernacle that housed the Ark of the Covenant.

LOST THE ROMAN CITY TO FAVOR THE HOUSE OF THE BONDS OF XESUS FINDING, ARCHEOLOGICAL SAYS

Some experts also believe that they found the lost Roman city of Julias, previously the village of Betsaida, which was the home of the apostles of Jesus Peter, Andrew and Philip.