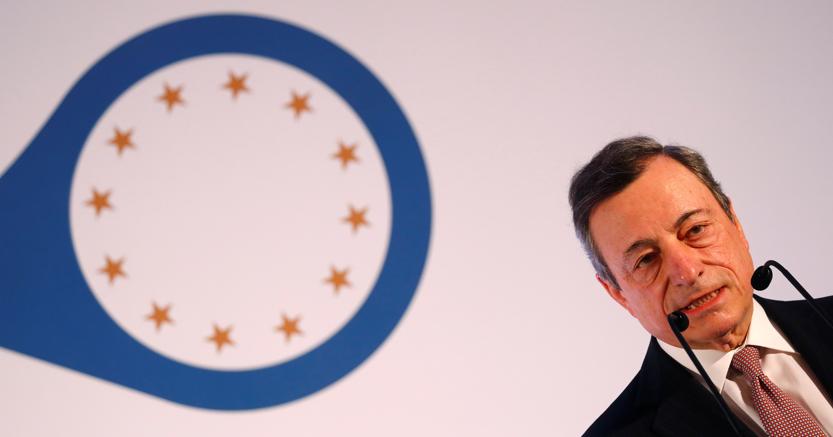 "The economy of the euro zone sees a slower growth that extends in the current year", although the probabilities of
the recession remains low. The chairman of the ECB, Mario Draghi, said this, emphasizing the solidity of the foundations.

"The risks to the growth prospects in the euro area remain negative due to uncertainties in progress
related to geopolitical factors, threat of protectionism and vulnerabilities in emerging markets. "To the question
If the Governing Council discussed a possible second quantitative easing, Draghi responded as follows: "What has
done today the board of directors is an evaluation of the economic outlook and «to restore at the disposal of the ECB to use all possible tools can deal with any contingency. I would say this unanimously. "

ECB prepared to mitigate the side effects of negative rates
As for monetary policy, Draghi said the ECB is considering whether to mitigate the impact of negative interest rates on banks
in the event that side effects appear. The ECB's staff studied the possibility of introducing a "graduated" rate
In deposits that would allow banks to have a partial exemption to pay an interest rate to deposit
the excess of reserves to the ECB. while details on the conditions of the new series of financing operations subsidized to banks (Tltro) provided in
Autumn will be announced at the next meeting»ECB.

"The information available since the last meeting of the board of directors in early March confirms that the deceleration of the
the growth extends to the rest of the year, "said the President of the ECB." Although there are signs that some
The idiosyncratic internal factors that slow down growth begin to disappear, global winds continue to disappear
Ponder the prospects of the euro zone economy, – said Draghi. The persistence of uncertainties related to factors
geopolitical, a threat of protectionism and vulnerabilities in emerging markets They seem to leave a brand in the climate of confidence. At the same time, underlying inflation continues. "

Continued threats of protectionism undermine trust
Draghi mainly dwelt on the subject of protectionism, after the last threats of duties for 11,000 million dollars
by the administration of Trump against the European Union. "We need to see what will happen in practice, but certainly the fact
That these threats of protectionist measures are repeated on several occasions, certainly have an impact on the general climate of
trust, – said Draghi – There is no doubt that one of the weaknesses in Europe and the world is due to the weakening
of confidence that comes from various threats, including those related to new protectionist measures. "

The Governing Council expects that Interest rates remain at levels equal to current levels at least "by the end of 2019 and in any case, whenever necessary to ensure that inflation continues to converge at lower levels
but about 2% in the medium term ». The Governing Council intends to continue to reinvest the paid-up capital
In securities with maturity under the asset purchase program for an extended period of time thereafter
at the first rate rise "and in any case, whenever necessary to maintain favorable liquidity conditions and a broad
degree of monetary accommodation ».