Home / italy / Italian Stock Exchange: FTSEMIb expects the ECB to have a minimal increase. The commentary of the day (April 10, 2019)

Italian Stock Exchange: FTSEMIb expects the ECB to have a minimal increase. The commentary of the day (April 10, 2019) 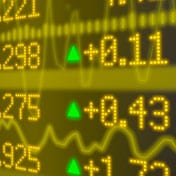 Piazza Affari and the European stock markets begin today the session minimum progress, pending decisions of the ECB on monetary policy and statements by Mario Draghi. According to Gero Jung, chief economist at Mirabaud AM, the focus will be on two issues: more details about the TLTRO-III program (the main problems are bank financing conditions and, more specifically, the generosity of new operations) and More information on a possible system of differentiated reservations. In the morning, the Treasury will place the annual BOT for an amount of 6,000 million euros. Closure in the fractional descent Tokyo stock exchange. The Nikkei index closed the day with a decrease of 0.53% to 21.668.5 points.

o propagation Between BTP and Bunds it fell below 244 points.

Search the quotations of the titles SOLMib40

Calm Initiation for BancoBPM (+ 0.03% to 1,965 euros). The institute has announced that it is studying a possible issuance of a permanent additional instrument of level 1 NC5 denominated in euros to optimize the capital structure of the bank.

Start of a positive day for Saipem (+ 0.74% to € 4,872). From the periodic communications issued by Consob we learned that on April 5 the research and management company became one of the main shareholders of the engineering company with a share of 5.05% in the capital.

Telecom Italia TIM went up 0.39% to 0,537 euros. From the periodic communications issued by Consob we learned that as of April 2, JP Morgan Chase is credited with an aggregate participation in the telephone company, which accounts for 5.669% of the capital. In addition, yesterday, Telecom Italia TIM placed a bond issue at a fixed rate for a total of 1,000 million euros and expires in April 2025; The bonus is for institutional investors. The telephone company reported that the emission performance was set at 2.875%, corresponding to a return of 274.9 basis points above the reference rate.