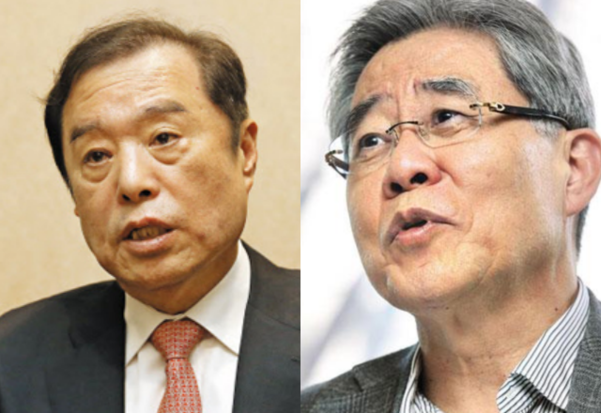 Kim Byung-joon (65), former chairman of the Korean national emergency committee and Ham Seung-hee (68), former president of Kangwon Land, was arrested on suspicion of violating the law of Kim Ban-Ran. About a year have passed since the National People's and Interest Commission instructed the police to investigate.

On October 10, the Division of Criminal Investigation of the Intelligence of the Gangwon National Police Agency said Kim and Kim, who were accused of violating the anti-judicial ban, Police also arrested three others with the same charges.

According to the police, Kim attended the Pro-Am tour of the Korean Professional Women's Tour (KLPGA) held at High1 Resort at the invitation of Kangwon Land president of Ham Seung-hee in August 2017, when he was a professor at Kookmin University, receiving hospitality exceeding 1 million. I am being accused. Private teachers and civil servants are subject to criminal penalties if they receive more than one million earnings of money and entertainment once independently of the importance or value of work, subject to the law of Kim Young-Ran. The person who provided the money is also subject to punishment.

Kim and the former president were investigated by a policeman every 24th and 5th of last month respectively. At that time, Kim said: "I attended an official invitation event and not golf entertainment." He also denied that the total cost of golf spending, meals and clothing gift certificates exceeded one million. According to reports, Ham denied any accusation.

However, the police considered that the pro-am event was a "welcome event", and the amount of entertainment per person was more than 1 million. The pro-am event will be held before the KLPGA tournament, with amateur celebrities and a professional athlete participating. At that time, it was reported that more than 100 people attended the pro-am event, including the law of Kim Jong-il and Kim Young-Ran. The National People's Rights Commission received such a report and asked the police to investigate last March.