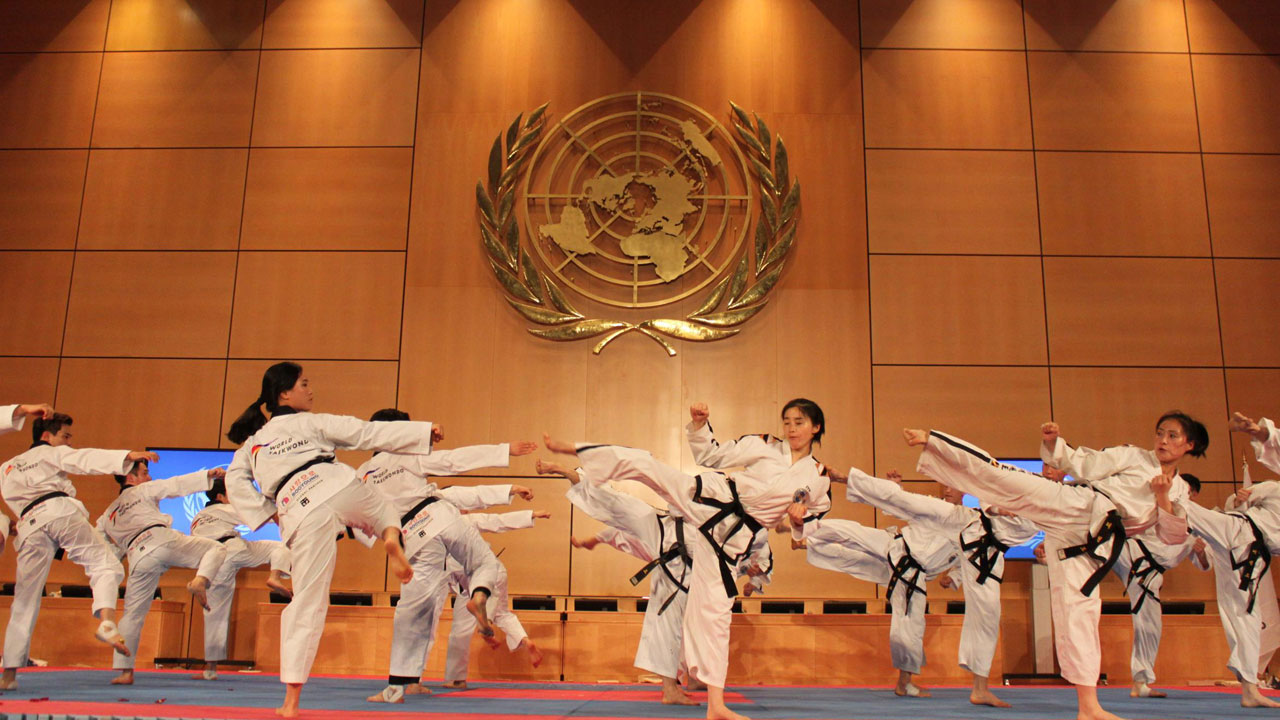 Taekwondo demonstrators from South Korea as well as North have completed a tour of Europe acting together in the United Nations Secretariat (UNOG) in Geneva, Switzerland on December 12 (local time).

The Taekwondo World Federation (WT) and the demonstration team of the International Taekwondo Federation (ITF), who were in the United Nations Secretariat's Auditorium during the afternoon, showed their training in Taekwondo, drilling, breaking brick technology and defense personal

On November 5, the first presentation of the ITF headquarters in Vienna, Austria, was followed by the Olympic Museum of Lausanne and the Geneva Secretariat of the United Nations.

During the one-week trip, the two demonstration teams demonstrated a sophisticated breakthrough without fatigue, and some public applauded when they were defeated or when they finished their duties.

The event, which was the first European tour of the two organizations, was promoted with the president of WT, Kim Jong-Won, who visited Pyongyang in October with WT demonstration team, Lee Yong-lin, president of the ITF.