Home / latvia / Maris Zanders: Ushakov goes. Not a point but a question mark

Maris Zanders: Ushakov goes. Not a point but a question mark 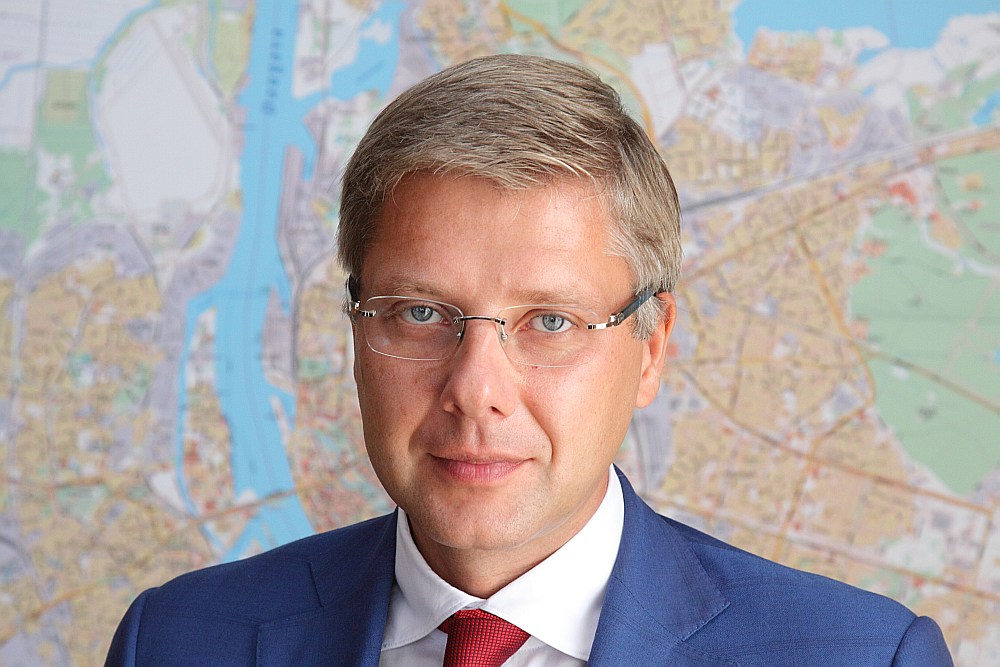 Statements by Nil Ushakova and Andra Americas on the proposals for the European Parliament (EP) have probably caused an emotional response, and I think it is quite reasonable, but we must try to eliminate some rational conclusions of the situation.

And that means that we really do not know much about the internal processes "Under", which, as you want, is a great celebration.

The media working in Latvian (including the author of this text) have been well trained over the years. s. the internal grouping of Latvian parties and the anatomy of intrigues, while "Harmony" was, and to a large extent, a "black box" (for example, what were the arguments for the Vyacheslav Dombrovskis to be objectively adequate to leave the leader's position from the list of candidates?).

The situation has two exclusive explanations. Apparently, Harmony herself got caught in the kitchen with her eyes and ears. But the part of the society that does not vote "Scripture" is not particularly interested in this game, since "everything is clear."

And, in addition, the Riga city led by the party also offers a lot of roasting substance. The coup for the scandals of the City Council of Riga is undoubtedly necessary, but in my opinion, from the point of view of the "Harmony" opponents, they are not of the future, if they have a bad idea about the influence groups and the type of decision making at the party of competitors.

Second The participation of Ushakov (partly the United States, however, much less) in the fight for entry to the EP will significantly increase the sharpness of this fight, as it is unlikely to prove that Ushakov will succeed in mobilizing its supporters, which means more participation of the voters, while the number of seats for Latvia in the EP is what it is – only eight.

Third. In my opinion, it would be an exaggeration to imagine that, in the case of Usakov's election for "Harmony", difficult times will begin, because the leader would be "far away."

At the same time, there is a reason to say that in the political ecosystem of Riga we see a situation where the leader has created, for some reason, a hierarchy of power that does not really have offspring. And if you take into account that Riga is, figuratively, half of Latvia, it is the weakness of "Harmony."

It would be highly hypocritical to say, on my side, that such a misunderstanding from the point of view of "harmony" is sad to me; It is an exemplary example for other parties. I do not know what happened in the relationship between Ushakov and Vadim Yoshenko, but a relatively strong shot at the party; while Baiba Rozentla's ability to transform from a "party" into a "harmonious" shows that a person is so "pragmatic" that the head is dizzy, but we regret that this is not the Ushakov level.

In short, "Harmony", of course, can unite, group and form other figures with the slogan "Defend the Nile!". In the coming months, but in reality, the subject "Harmony" is to focus on an unpleasant self-analysis.

Bedroom. The statements of "Harmony" that Ushakov's decision to support the EP would reduce the tension surrounding the Riga City Council because it has become "symbolic attacks" (Jānis Urbanovičs), in my opinion, is a rhetoric. On the contrary. Ushakov needs to keep the image of the victim, which means that with or without his details during the pre-election period of the EP in the information space (with the self-help of the neighboring country), the motto of "our headquarters" will be stronger than without his candidacy .

Fifth. You can enter the versions of the real reasons for the decision of Ushakov and America, but the fact that this is an attempt to protect yourself from the problems requires a continuation.

Being a relationship system for a long period of time, and adjusting to that, let's say, weaknesses can not be in a few weeks, cleaning back-end is usually difficult. Therefore, the next months in the "farm" of Riga promise to be a master.