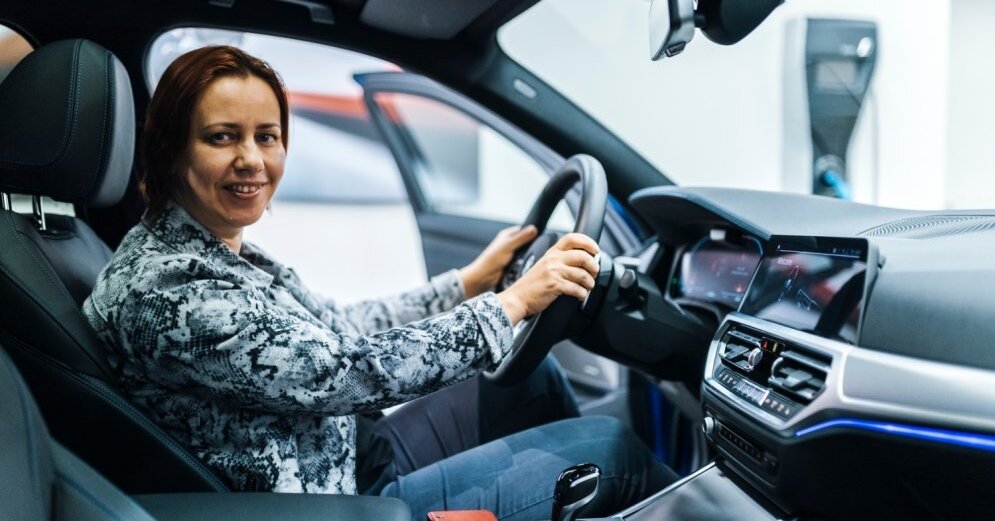 "With the seventh generation of BMW Serie 3 Sedan will launch a new stage of BMW design. The precise and elegant traction mode drives the dynamics of the 3rd Series with a new breath. The last model has been honored by the automaker during the last five years to be delivered to drivers this spring. " "Ivars Norvelis, head of the BMW Group of Inchcape Motors Latvia, reports.

The improvements to the BMW 3 Series (G20 – Index of the Factory) are visible in each area. The unit becomes more comfortable, practical, sophisticated and technologically advanced. The most important advantage is that both mechanical and electronic systems are integrated with the idea of ​​facilitating the daily life of the driver.

The sports ambitions of the automobile accentuate its new appearance: the car became 85 mm longer, 16 mm wide and 1 mm high, in addition to 55 kg lighter. Meanwhile, the design of the model is characterized in a clear way, a clean line and a contoured surface, which together creates a dynamic look to the last detail.

The BMW M340i xDrive Dynamic Sports Sedan has an advanced six-cylinder M TwinPower Turbo that delivers 374 hp. The passionate admirers of BMW will appreciate the advanced integral drive system of the "xDrive" sedan, which provides a better grip on straight and curved lines, as well as increased road safety, "says Norvel.

For its part, the innovative BMW eDrive technology increases the transmission distance of the BMW 330e at 60 km, while significantly reducing CO2 emissions.

The backlight of the model has become thinner, new in the form of L and darker. And the car has a completely new style of dual LED headlights with extended features equipped with laser light. At higher speeds, the vehicle's laser lights become brighter, improving night vision.

The comfort of the driver is also thought of, provided by a wider and more transparent control panel and added innovative standards, such as a new button panel for light functions, electric parking brake, a new operating system with multimodal action that responds to gestures or the voice command.

A smart personal assistant can recognize the behavior of the driver and respond to voice commands adjusting the vehicle's capabilities. For example, if the driver says he's tired, the car will automatically lower the cab's temperature and begin optimistic music.

And with the BMW key, you can unlock and lock the car with your smartphone and start the engine. Thanks to the sensor located underneath the bumper, it is possible to open the boot with a leg movement, which is a practical solution if both hands are occupied.

The manufacturer also dealt with the comfort of the passengers. The driver's and passenger's seats were redesigned by expanding the space of the cabin.

As of January of this year, the BMW Serie 3 Sedan in the official dealer "Inchcape Motors Latvia" is available in six variants of the engine: a series of models with a four-cylinder gasoline and diesel engine, plus a model with a diesel engine of six cylinders.