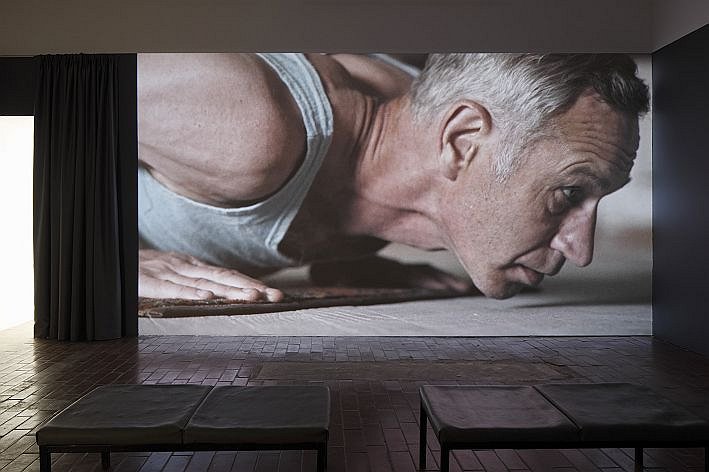 "Living Sea of ​​Life" by Epner tells on the identity and understanding of the inhabitants of the coastal villages during its Soviet occupation, when the beach was designated as a closed area.

This year, the Purvītis Prize for Contribution for Life was awarded, and its first recipient is the artist Jemma Skulme.

In 1946, the government of the Soviet Socialist Republic of Latvia decided a restricted zone and a regime for border areas. The decision established a border area of ​​two kilometers from the coast of the Baltic Sea. This has influenced in many aspects the identity and understanding of the inhabitants of the coastal villages, and Ieva Epnere speaks to these influences, as well as human and maritime relations in his exhibition "The Sea of ​​living memories."

"What we see in the sand, outside this cube, if you could call it, was my exploration process, interview with people, and it rolled me like a camola to the work that we can see inside that concentrate." "Artist Ieva Epnere spoke of her work" The Sea of ​​Living Memory "on the Latvian radio" Culture Rondo ".

Epnere also received a sympathy award for the viewer.