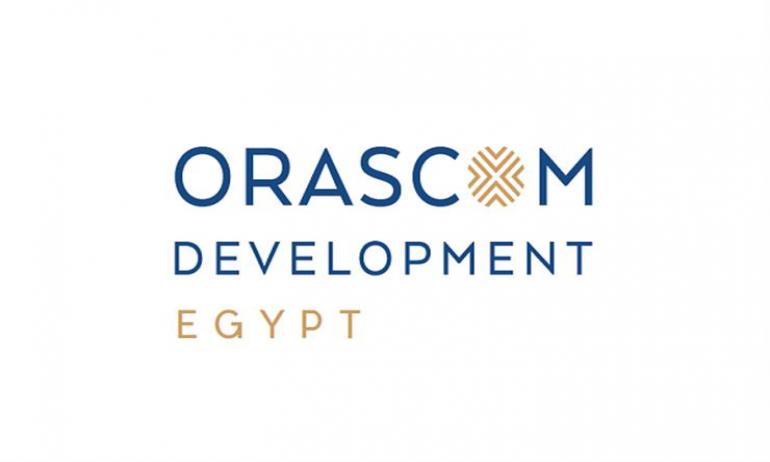 Orascom Investment revealed business details of the Nile Sugar and its future projects, in a statement obtained by "Haby" a copy of it.

The company followed the questions and comments recently expressed by some of the company's investors and analysts of the investment banks and the press specialized in the decisions of its recent board of directors during its meeting on April 3.

The text of the statement:

With the stability of the investment climate in Egypt and the extensive experience in the management of the company and in the achievement of previous achievements in investments in more than 20 different countries and in the creation of more than 30 thousand jobs, that have made benefits for all the shareholders of company over the years. The company has decided to review its investment policy and strategy, as there are huge opportunities for growth in various areas in five new sectors, the first being the financial services sector, in which the company acquired Beltone at a price of 4 LE per share , which amounted to LE 16 per share during the five months following the acquisition. In the last three years, the company acquired the American company Arba Grison through Beltone, established Riza Capital in Brazil and recently acquired 30% of Tharwa Capital, the largest consumer financing provider and advanced financing solutions in Egypt. About 50% in 2018 to achieve a net profit of 283 million EGP.

At the beginning of 2017, the company began to study various investment opportunities in the agricultural and food production sector in Egypt and Africa, where management of the company is considered a promising sector for many reasons, such as the low labor cost and relative abundance of trained personnel in the Egyptian market. Access to large and upcoming markets. The World Bank predicts that the domestic food market in Africa will grow in the coming years at a very good rate, in addition to the continued growth of the Egyptian market in light of the growth of the population, the improvement of national GDP and the entry of Egypt into several international agreements with neighboring countries.

The company intends to benefit from relatively low production costs in Egypt, especially after the recent depreciation of the Egyptian pound producing local food products of the same quality and standards of European and American products at competitive prices. To meet the growing demand for high quality food products in Egypt and export to African markets and other emerging markets that currently depend on imported products.

Taking into account the dependence of the agribusiness sector mainly in logistics, the company planned during the previous period to build a logistics platform at the level of the Republic to create a strong distribution and trade arm that would maximize the profit margin for the agro-industrial sector in which the company intends to invest. The transport and storage services currently available in the Egyptian market require a lot of development and lack quality and performance standards.

Clarification about the acquisition of Nile Sugar Company:

In order to reach the vision and strategy of the company in the agricultural and food sector, the company's management identified the sugar industry in Egypt as the cornerstone on which the company will build its future projects in this sector due to the deficit in sugar production in Egypt estimated at about 30%. About one thousand tons per year, Egypt produces about 2.2 million tonnes of sugar per year, while demand in the market is about 3.2 million tonnes. This deficit is being processed in the importation of sugar.

Regarding the evaluation of the Nile Sugar Company:

2. The average price of one tonne of sugar is currently at its lowest level since the floating Egyptian pound. Taking into account that the profitability of the company is significantly affected by the change in the price of the tons of sugar, for example, the increase of 1000 pounds in the price of the tonne of sugar (that is to say, an increase of 13% of the present price of near 7200 pounds) leads to an increase in the company's net profit of 200 million pounds.

3. With reference to what was discussed about the comparison of the Nile Sugar Company based on its results compared to the results of one of the similar companies traded on the stock exchange, from the point of view of the company is an inaccurate comparison as it should to neutralize the effect of the following factors on the results of the company: (B) capitalization of other costs, (c) restitution of unspecified provisions, (d) registration of benefits of associates and (e) treatment of employee remuneration as dividends instead of expenses

4. In addition, some of the companies created recently and that work in the sugar industry supposed a high cost of purchase of machinery and equipment for the manufacture after the flotation of the Egyptian pound, which took to the necessity of these companies to borrow additional amounts and to obtain losses up to one billion pounds. That can equal the value of the acquisition of Nile Sugar Company, which affects the ability of these companies to distribute dividends to their shareholders for a long time.

5. The advantages of the business are that factory land can be converted into a food industry complex because it enjoys a privileged location. In addition, the plant is built in an area of ​​only 45% of the surface of one million square meters and is also full of natural gas, water, High production capacity.

6. The company Nile Sugar followed the strategy of vertical integration by directly growing beets. The percentage of beet grown by the company used in sugar production has increased from 0% to 20% in the last seven years and is expected to rise to 30% during 2019, which will reduce the risk of shortage of beet supply. It is worth mentioning that the experience of the Nile Sugar Company in the cultivation of beet has secured the certificate of the report of the Ministry of Agriculture and Land Recovery (Council of Sugar Cultures) on the program of the Nile Sugar Company for the cultivation of sugar beet in the Daba area where the average productivity of feddan from 28 to 57 tonnes of beet Plant), which exceeds the productivity of sugar beet in Egypt and in all European countries with higher productivity in sugary beets.

The company has taken a conservative view of the challenges and difficulties facing the sugar industry in Egypt. In light of the evaluation and results of the ignorance exam and discussions between the company's management and the representatives of the sellers, the company's board of directors decided to offer the acquisition of Nile Sugar shares to its shareholders. To vote) in an amount lower than the independent financial advisor's assessment of 100 million pounds as a compensation contract that requires the prior approval of the company's shareholders.

The company indicates that the main shareholder of the company refrain from voting the transaction as a compensation contract, provided that voting is limited only to minority shareholders. If they refuse to acquire, the company will continue to study other investment opportunities in the previously announced sectors.

In the event that the minority shareholders agreed to complete the operation at the Ordinary General Meeting scheduled for May 5, 2019, the Company will sign a contract for the purchase and sale of shares and the payment of approximately 429 million Egyptian pounds divided into 359 million , which equates to 10% of the sale price and about 70 million pounds. Loans to shareholders of the Nile Sugar Company. The remaining purchase price of 3.2 billion euros must be reimbursed by issuing new shares, increasing the company's capital by 6.2 million euros through the ordinary general assembly, which will be announced after taking the necessary measures . .

The financing policy of the company to finance these projects is based on two main axes: bank loans including the medium-term loan agreement of the African Import and Export Bank (170 million dollars) and the capital increase to pay if the shareholders of the company approves the acquisition of Nile Sugar Company To be held on May 5, 2019.

Finally, the company confirms its continued commitment to its investment policies to achieve the best results and maximize its benefits to the benefit of its shareholders, as we have already explained, the decision to approve the conclusion of the acquisition of Nile sugar depends on the resolution of minorities in the General Assembly.