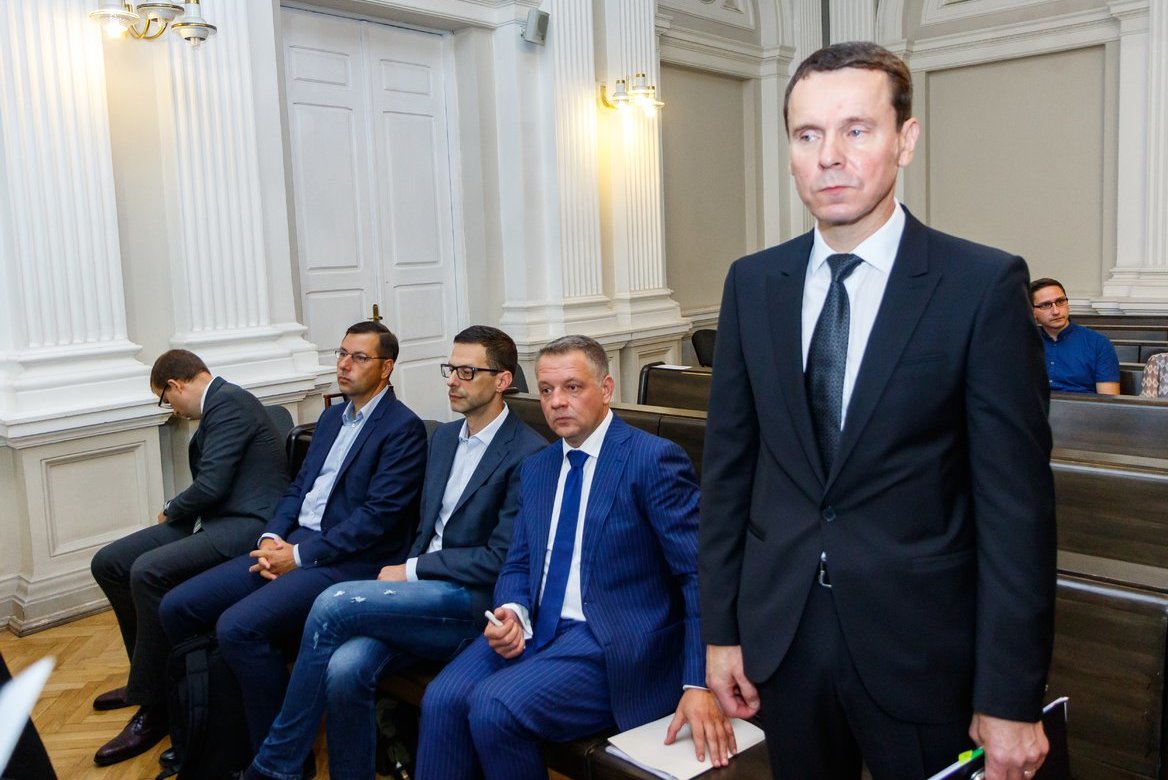 The Vilnius Regional Court investigating the case of political corruption of MG Baltic begins to review the video in the case. Until now, sound recordings have only been investigated.

On Wednesday, a secret video of the accused Gintaras Steponavičius and Raimondas Kurlianskis is being detected at the hearing of the Vilnius County Court. Show that the two men are sitting in the coffee table and there is a conversation between them.

The quality of this recording, such as audio, is not good, when the image is interrupted, only the sound is heard.

The video shows that an incoming person is putting on a jacket in a hidden camcorder.

Mr Kurliansky's lawyer, Simonas Slapšinskas, said in the hearing that this action was carried out by officials of the Special Investigation Service (STT).

"At least two STT officers participated, one of them covered twice the audio and video fixing device, which is not marked in the protocol, call and interview the STT official. And because the video and audio recorder was deliberately covered two times, "said S. Slapšinskas.

According to him, in the coffee without G. Steponavičius and R. Kurlianskis two men were sitting on the next table, possibly STT officials.

The court announced that the investigation of an STT officer will be judged after the review of all records. This was suggested by the Fair Attorney Laucius.

"Bring such proof to the case as real money. It should be a shame. Did you hear the records? The experts have written so far, and probably ten minutes, could not tell where the experts died. I still know the names of the names. Protocols and expert reports are inaccurate, "said Kurliansky after the meeting.

The employer does not deny the support of G. Steponavičius, "the case contains those amounts." He said he could support political parties.

"G. The Steponavicius Foundation, a public institution, has done good things. If famous people go to a village school and instruct an hour and a half to make a talk, instead of buying a strong beer around the corner and cigar Poor, this can be positive, "said Kurliansky.

The Seimas member G. Steponavičius was accused of asking R. Kurlianskis for money for a public institution represented by a parliamentarian, the support fund of G. Steponovicius and his campaign for the election of a candidate.

According to the law enforcement, the file confirms that € 15,000 was transferred from the account of the company MG Baltic to G. Stanponavičius, the public institution and its sponsorship fund, and part of the money was used for the events of the Liberal Movement.

The Central Electoral Commission also recognized these costs as the expenses of the Seimas election political campaign in the Liberal Movement, which caused a flagrant violation of the law.

G. Steponavičius told reporters that he had nothing to hide – he asked for support for legal activities.

"This is also recorded in my testimony, because I do not have to be uncomfortable. The conversation was not about liquid money, but about the activities and funding provided by organizations, sponsors are diverse, legitimate activities, legal support," – said G Steponavičius, a journalist in court.

He said that there was talk of "thanks for the support."

The charges in case of political corruption were filed against three legal entities: the Labor Party, the Liberal Movement, the Baltic MG. In addition to E. Masiulis, the charges were filed against former Labor activist Vytautas Gapšys, former Liberal MPs Šarūnas Gustainis, the Seimas member, G. Steponavičius, and former vice president of MG Baltic R. Kurlianskis in the case.

Both defendants believe that E. Masilyastra's money is worth 90 thousand. EUR was a loan from R. Kurlianskis.