The law of internal security "gets tired" in the Court 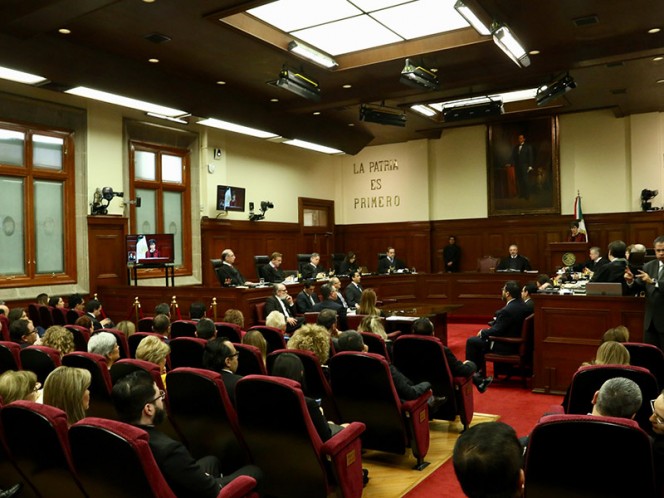 It will be Thursday, the key day for the debate, when the minister Alfredo Gutiérrez, Fernando Franco, Margarita Luna and Luis María Aguilar issue their position on the subject – Photo: Cuartoscuro

Six members of the Supreme Court of Justice of the Nation (SCJN) have manifested, with several arguments, to invalidate the Internal security law, considering that it violates the Constitution. There are still four ministers to pronounce themselves and 8 votes are necessary to be able to annul the legislation.

Even ministers like Arturo Zaldívar argued that the LSI is one "Fraud to the Constitution" and agreed that the Union Congress is not empowered to legislate in matters of internal security.

For the Minister, Norma Piña, who also talked about the unconstitutionality of the Law, explained that the legislative procedure was defective by voting quickly, because there was no time for lawmakers to know and study completely what they were voting.

At the beginning of the session on Tuesday, Minister Eduardo Medina Mora surprised to rule on the annulment of the LSI as a whole, taking into account that the Congress of the Union has no jurisdiction to legislate on the matter.

In turn, José Ramón Cossío, who since 2009 has been against the presence of the armed forces on the streets, He asked not to confuse internal security with national security and announced that he will vote for the unconstitutionality of the Law.

For his part, Javier Laynez and Alberto Pérez Dayán also concluded that the legislation that was intended to give certainty to the act of Armed Forces It undermines those foreseen in the Magna Carta.

It will be Thursday, the key day for the debate, when the ministers Alfredo Gutiérrez, Fernando Franco, Margarita Luna and Luis María Aguilar issue their position on the subject. On Monday, Minister Jorge Pardo presented his draft resolution in which he proposed to approve most of the Internal security law.