"Kler" overthrown. "Bohemian Rhapsody" at the top of Poland 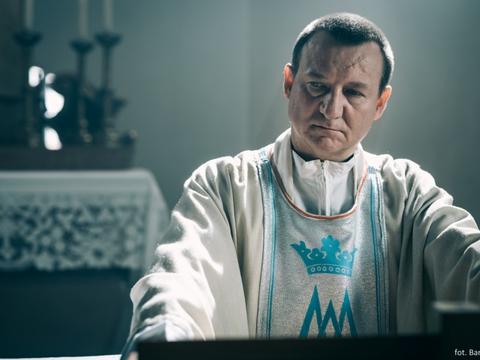 The position of the leader in Polish box office Wojciech Smarzowski's film lost after five weeks of domination. According to the cinematic journalist Krzysztof Spór, during the sixth weekend of the show, interest in Kleer decreased by 21%, which was translated into 153.4 thousand. tickets sold To date, as much as 4 million 799 thousand have been sold in "Kler". 289 bills.

Let's remember that "Kler" has already outgrown the result "Quo Vadis" and became the greatest film success of the 21st century in Poland and in the third, after "Ogniem i mieczem" and "Pan Tadeusz", the movie with the best visualization results after 1989

Foreign media about the success of "Kleru"

The prestigious Western media, led by The New York Times, The Guardian and The Hollywood Reporter, write about Smarzowski's film.

"A movie that represents the Polish priests as adulterers and corrupt pedophiles, drunkards is a success -box-office in Poland, at the same time provoking controversy and encouraging hundreds of people to talk about harassment, "writes The Guardian figuratively.

"Kler" received broad coverage in Poland: emphasizes "The Hollywood Reporter." "The film encouraged many Poles to tell their stories about how they were sexually abused by current and former priests," we read.

"The film, recognized by the conservatives," filled the film in Catholic Poland with "ymir", "draws the attention of the New York Times."

The movie was released even before the official premiere. In the first place, the Minister of Culture, Piotr Gliński, got rid of the information about his financing. Later, after a broadcast of the Gdynia film festival in TVP Kultura, a fragment of Smarzowski's speech was cut, who, having received the Audience Award, joked that he was counting on removing Jacek Kurski. In response, the president of TVP called the movie "szmirą" and "cheesy provocation", and "Wiadomości" TVP dedicated all the material to the production. The program in the direction of the film accused the lack of credibility and attack the Church.

"Kler" in Gdynia also received the Golden Klakier of Radio Gdańsk for the most applauded movie. The board of the radio decided at the last moment, however, not award awards. The statement states that the reason is the inability to measure the amount of applause that endorsed individual films. However, the radio crew cut this decision. The Catholic Association of Journalists appealed to block the "humiliating captives" of the film. Paweł Soloch, head of the National Security Office, estimated that the latest production of Smarzowski was made "with a bad intention, in a convention, since the Nazis made movies about Jews."

"Kler" thanked the jury and the audience at 43. Polish Film Festival in Gdynia. Smarzowski's film has been honored not only with the Audience Award, but also with the Journalists' Prize and with the Special Prize for the Main Competition Jury. Jerzy Owsiak called "Kler" the most important film of the last three decades of the new Poland.

Culture Minister Piotr Gliński recently admitted that he sees no reason to congratulate Wojciech Smarzowski, because in his opinion he made a "caricature" of an important issue. Gliński also admitted that he did not watch the movie, but he read the script summary.

Next year, "Kler" will go to the Showmax broadcasting service.

"Kler" is not Smarzowski's only popular movie. The films of Wojciech Smarzowski to see online:

"The traffic police." The story of a great police plot

"Under the strong Angel". A study about the slow fall of a man and an attempt to free itself from a devastating vice

"Volyn". Many politicians in the Vistula have recognized that "Volhynia" shows an incomplete and even mendacious version of the history of the Volhynia massacre