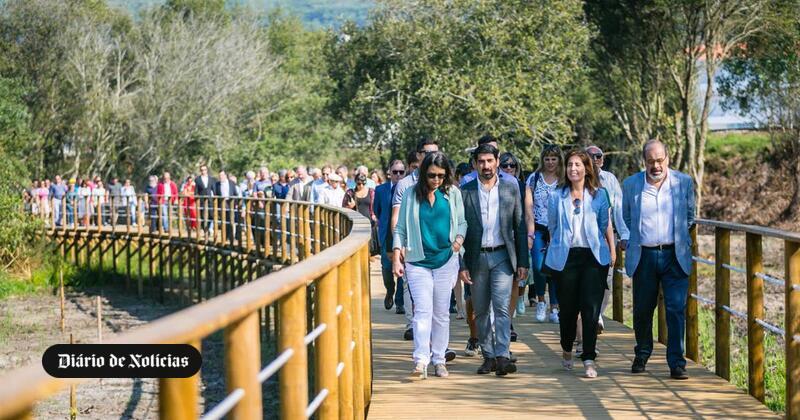 Portugal can be the scene to film great Hollywood productions. The producers of Warner Bros., Paramount, Disney and HBO, among other great American studies, recently visited Portugal to see the country as a potential scenario for filming. Bollywood Logo, the Indian film industry, Turismo de Portugal is now back in Hollywood to attract international productions to film in the national market.

"We worked hard to capture international films for Portugal and this gives a lot of notoriety", by Ana Mendes Godinho, Secretary of State for Tourism, DN / Dinheiro Vivo. As part of these actions to promote Portugal in the United States, a strategic market in which Tourism of Portugal has opted, "ten leading producers in the USA. They traveled and met Portugal as a locations (location to film). We had Disney, HBO, Warner, Paramount … "says Ana Mendes Godinho." It was extraordinary what happened. We have created a film program (the Support Fund for tourism, cinema and audiovisual) and, at this time, we are the most competitive European fundraising fund ", says the head of Tourism, approved a month ago. We have 14 films in channeling. We have an American and Italian co-production in Fatima already filmed in Portugal, with Harvey Keitel, "he said.

Subscribe to newsletters News and receive the first-hand information.

A team of 40 people from Turismo de Portugal and the Institute of Cinema and Audiovisuals (ICA) visited the US film market in Los Angeles a week ago – one of the biggest fairs in the cinematographic sector, with more than 7 thousand executives in this sector – to promote Portugal as a destination for filming.

But not only. As a result of work already done in the Indian market, "A great Bollywood movie is filming in Portugal. They were in Lisbon two weeks ago, last week in Oporto and are walking around the country to film, "says Ana Mendes Godinho." I have been filmed this year, I think of three films. We are located on the international taxi map, "says the Secretary of State for Tourism.

A position that brings benefits of notoriety to the tourist destination of Portugal and millions of investors. Only projects already approved by the Tourism, Cinema and Audiovisual Support Fund, which include US productions. U., India, Brazil, Portugal or Italy, and several co-productions from Portugal and France, or Portugal, Spain and France, represent a investment of 23.7 million euros in filming in the country, according to data published this month by the Ministry of Culture.

The approach to North American producers is one of several initiatives that tourism develops to promote Portugal as a destination. "We are working hard to promote Jewish heritage in Portugal. The American Jewish community is the second largest in the world after Israel and with a very interesting hair network. We have been working with them, promoting Portugal as an open country, which promotes bridges, which revoke walls, which wants to attract people to live, invest, to study, "exemplifies Ana Mendes Godinho, a nationality for the descendants of the Sephardic Jews." The amount of applications is impressive: the number of Sephardi Jews who request Portuguese nationality is already over ten thousand. "

And the US market reacts. A mix of the promotion of Portugal in this destination – that the action of the giant wave of Nazareth in Times Square, New York, is just one example – and TAP Stop Over, the number of American visitors has doubled in the last two years, and the Revenues Also, acknowledges the Secretary of State. "The United States, India, China, South Korea, Canada, Brazil are bets, but also markets in South America, such as Mexico, which are the tourists who spend most when they travel. In Mexico, we will have the opportunity to communicate with the presence of Portugal as a guest destination at the book fair in Guadalajara, "says Ana Mendes Godinho.

"We are increasingly working on these great diversification markets, where we do not even need great communication efforts because they already have a historical link with Portugal. We take advantage of this great communication tool, the celebrations of Fernão de Magalhães (whose 500-year circumnavigation trip is Signed in 2019.) We have a great communication strategy designed. "

Brexit and the impact on tourism

A diversification that also aims to counteract the impacts of brexit In tourism, one of the sectors most at risk due to the departure of the United Kingdom of the European Union, according to the study "Brexit– Consequences for the Portuguese economy and companies. "In 2016, only two million British guests went to Portugal, 21% of the total, and 28% of the legs in the hotels and the devaluation of the pound to the euro (it has already lost 14% between the referendum and the beginning of September this year). Another cause of concern, because it could discourage the British from traveling to the euro, as in the case of Portugal, notes the CIP study.

"We are very attentive to brexit and develop a set of actions to mitigate the possible effects, "admits Ana Mendes Godinho." The United Kingdom has a great weight essentially in two regions, Madeira and the Algarve. For this, In December we have prepared an action with our tourist companies and British tour operators and the main associations of British tour operators to reach Portugal ".

Tourism is still "working on a series of communication areas, of notoriety that allow us to reach the segments that interest us." In August we are growing revenue of 10% of the British market, "said the Secretary of State. Although the number of guests in this hotel market dropped 6%," we are coming to a hearing that spends more on Portugal and what , on the other hand, is capable of prolonging the tourist activity throughout the year. "

Ana Mendes Godinho highlights the positive moment for him Domestic tourism, which until August posted a 12.2% increase in revenues, compared to the same period last year. That is, other revenues of 1,200 million euros. "If we think that Spain, in the same period, has increased 1,400 million euros in revenue, we understand that this means in terms of income dynamics of Portuguese tourism. Two tourist revenues."

The number of Sephardic Jews who request Portuguese nationality is now over 10,000

The Tourism portfolio holder expects to close the year with a double digit growth. In the August order? "We are constantly monitoring the evolution of air transport, a good indicator. In terms of air transportation to the United Kingdom, we have a forecast of 24.5% growth in air quality in the winter of 2018-2019.The results also cause the We are losing ground in 2017, the result of some bankruptcy such as Monarch, but we also have some companies, such as Jet2, to greatly enhance its operation for Portugal, namely, for the Algarve and Madeira, "says the head of Tourism. "My predictions are that we can close the year with a double digit growth. That's my goal."

Last year, tourism generated revenues of 15,000 million euros. "Lisbon airport and the ability to receive more people are essential for Portugal, which we feel is that, despite all the limitations, the forecast we have for the growth of air traffic to Lisbon in terms of demand is about 7% to 2019, "says the Secretary of State. "It is essential, quickly, to secure the airport of Montijo. The forecast for the airport of Montijo to be operational is 2021. "