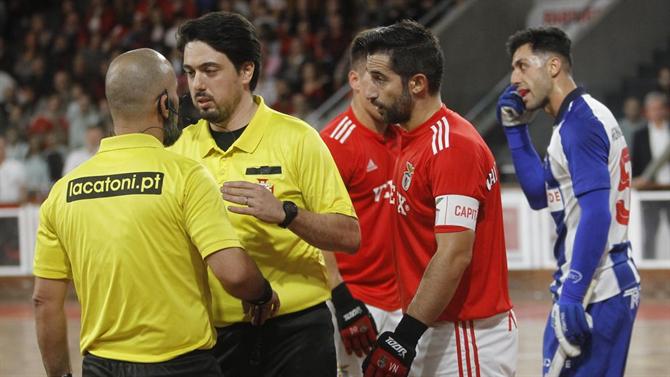 Through the newspaper Dragões Diário, FC Porto remembered the game of Saturday with Benfica in Luz, which provoked harsh criticism against the blues and whites by arbitration. The Eagles, remember, won 4-3 with a goal in the last second.

"After the amazing experience in the inclined plane of the Light, Porto returns to play in a skating rink to face Sporting de Tomar," reads the official publication of the club, projecting the game on Saturday at 3 pm in the dragon's box.

The game of the fifth round, it is said, will be played "in a perfect Canadian maple step with no clues or clues and where the fondness of the fans" is much more important than the name of the arbitrators.