Dragnea in Brazil, the story of an image. Fabulous vacation, stuffed humming stuff 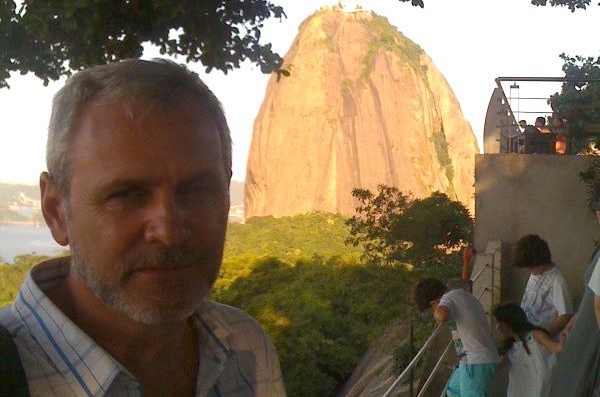 A photo of Liviu Dragnea, not only smiling, in Brazil, is in the memory of the personal tablet of the personal director of Tel Drum. It's just one of the luxurious vacations in which the group around Tel Drum would get away. The amounts spent are impressive, the research shows Rise Project.

The photography with Liviu Dragnea in Rio de Janeiro seems to be captured by the general director Tel Drum Petre Pitiş, with whom the president of the PSD has always said that it has nothing to do with it.

It seems to be only one of the luxury vacations made by the group.

"The photo remained on the personal tablet of the General Director Tel Drum, a Samsung P1000 Galaxy Tab 2010, hidden next to the black hard drive that suckled the Nicoleta Penis computer. There are two sets of photos in the camera, one in 385 images in the main folder and Other 734 on the cloud account.

The tablet of the archive captures the daily life of the group: a "lifestyle" gallery with parties, vacations, villages, intimacy and tortured souls, between pictures of Tel Drum or private tracks of the Pitis family, "says the Rise project.

On the holidays in Brazil where Dragnea's image is captured, there would be other people.

"Mugurel Gheorghe, called Snail, college and rock band with the head of the PSD, also makes an atmosphere imitate the statue. The former shareholder and administrator Tel Drum, on behalf of Gheorghiaş, are the properties in Cumbuco, Brazil, with a villa, pool and tennis court – the resort where memorable Dragnea and her girlfriend, Irina Tanase.

The images also have Petre Rădan, in a yellow shirt, burned by the sun, former director in Tel Drum and in relation to Dragnea through the alliance. Rădan is working today on Agrotrust, property of Mihai Slăvescu Putineanu, the end of Liviu Dragnea, "writes Rise Project.

"People also enjoyed the numerous souvenir shops, but the main attraction was a window with ornamental parrots adorned with semiprecious stones, where Petre Pitiş and Mugurel Gheorghiaş were photographed in decoration."

"Reservations, bills or tickets were usually taken care of by the business director of Tel Drum, Nicoleta Pene. Therefore, among the documents tight in the suitcase, I found all kinds of roles of the chiefs' tours.

As receipts as of July 2016, when the couples of Pitiş and Pene spent together a weekend at the Vega Hotel in Mamaia. Accompanied Mircea Vişan, technical director Tel Drum, who sued Pitiş and Neda Florea in the WFA scheme.

Or purchase vouchers collected in the envelope. Total score: 35,000 euros on a commercial weekend in Vienna (25-27 November 2010).

3,000 euros left in a Paul & Shark store for winter clothes. Even so, in Salamander and Denkstein. The merchandise entered two new Samsonite bags of 800 euros, along with some perfumes Armani, Zippo and Boss.

Erben by John Springer, a 1830 store, former supplier of the Austro-Hungarian domestic house, fell in more than 15,000 euros in debts. Among other things, Pitiş bought a basket of hamster skins there, the Habsburg collection of 1,400 euros. Then he made a padded jacket, the same collection. 10,000 Euros have been added to Kettner, the oldest Austrian manufacturer of weapons, today and clothing, "writes Rise Project.

"My illustrations are the notes of Nicoleta Pene's agenda.

In 2012, women seek flights in China or reserve for businessmen a month-long flight (July 16 – August 13) in Brazil, Fortaleza, where is the summer residence of Dragnea. The only dilemma was the change. Lisbon remained. Two days

Over time, Piti's wife, Dana, has stored the photo file on her personal phone here. A tour of Malta, an unforgettable vacation in Portugal, a stay with my mother in Austria for skiing and thermal baths, some fairytale towns in Romania, hot family scenes with two horses, the girls and Mr. Pitiş relaxed in their kitchen American In total, 1,127 images.

And things were cutting dynamically when it comes to vacation, shows a message by email as of January 20, 2011, in which Dana tried to take Petre de Teleorman.

The registration was as follows:

"I found a beautiful Maldives murder situation, I will talk to Neagoe, maybe we go there, you can go fishing, if we go with them (…) This is through Sri Lanka, if you are curious. It costs about 6,000 euros during nine days with half board and plane, all the taxes included. It remains to be discussed. (…) I looked at the images of Paris and thought that it is what we did, we could take advantage of the moment (…) "

If not, in the main set of images in the memory of the tablet, we find Petre Pitiş constantly binedispus at the tourist center of Rio de Janeiro, along with Mugurel Gheorghiaş and Madalin Ionita, the former driver of Liviu Dragnea.

Solid type and grayish appearance, Ionita remained the basis of the group and the constant fate of Tel Drum money.

You can barely escape from a busy shopping session, judging by the prey, the three returned with some coffee to the terrace. The same day and area, they met an old friend: the eccentric Costel Comana, "writes Rise Project.