Romania, for the attention of the Europeans. The European Parliament today votes on the resolution on the rule of law in our country 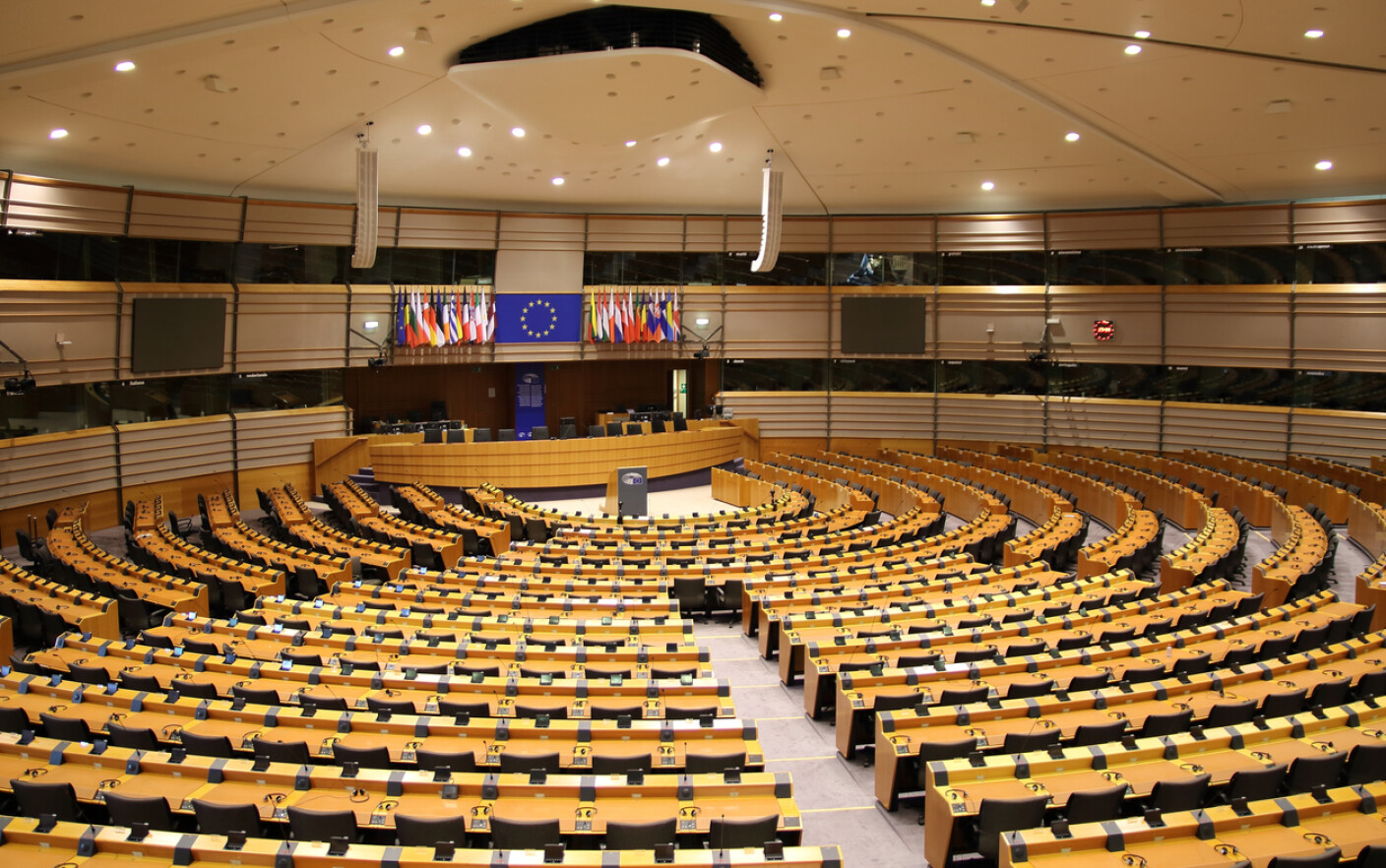 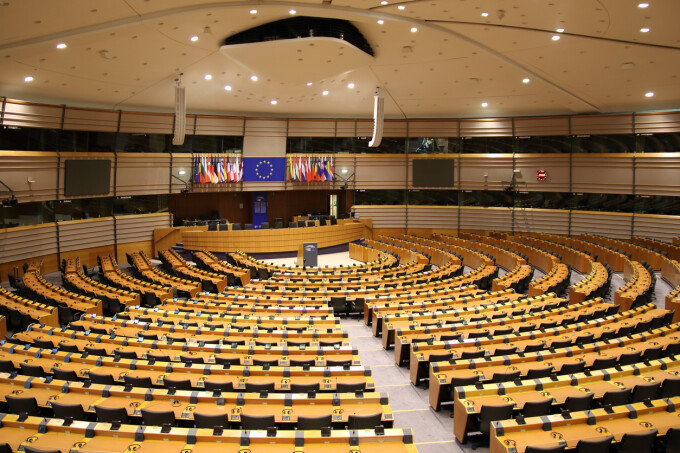 Romania is today the center of European attention. Starting at 1:00 p.m., the resolution on the rule of law in Romania will be voted on in the European Parliament.

This is a document drafted after the October 3 debate, which was also addressed by Prime Minister Viorica Dăccilă.

According to the text published on the website of the European Parliament, the resolution contains 13 points in which the deputies are deeply concerned about the modification of the laws of justice, asks the Government to comply with the recommendations of the European Commission, the Venice Commission and GRECO, but also condemns the "violent and disproportionate" of the police on August 10 protest.

After the vote, the European Commission will also present the report of justice under the Mechanism of Cooperation and Verification, known as MCV in the afternoon.

According to the draft resolution, the European Parliament:

"1. stresses that it is extremely important to ensure full respect for the common European values ​​listed in Article 2 of the TEU and to guarantee the fundamental rights enshrined in the Charter of Fundamental Rights of the European Union;

2. Expresses its deep concern about the revision of criminal law and criminal law in Romania, especially because of the possibility that this leads to a structural outline of the independence of the judiciary and its ability to effectively combat corruption in Romania, as well as the weakening of the rule of law;

3. Condemns the violent and disproportionate police intervention during the protests in Bucharest in August 2018;

4. Calls on the Romanian authorities to establish safeguards to ensure a legal and transparent basis for any type of institutional cooperation and to avoid any interference that diminishes the mechanisms of verification and balance; calls for the strengthening of parliamentary scrutiny over intelligence services;

5. Urges the Romanian authorities to oppose measures that lead to the decriminalization of corruption among state officials and the implementation of the national strategy against corruption;

6. Highly recommends reconsidering the legislation on the financing, organization and functioning of NGOs in terms of their potential to intimidate civil society and violate the principle of freedom of association and the right to privacy; considers that this legislation should be fully aligned with the EU framework;

7. Expresses its deep concern about the political restrictions on press freedom and legislative proposals that criminalize the denigration of Romania abroad and will reintroduce defamation in the Criminal Code;

8. Urges the Parliament and the Government of Romania to fully comply with all recommendations of the European Commission, GRECO and the Venice Commission and refrain from any reform that may compromise the rule of law, including the independence of the judiciary; urges a constant dialogue with civil society and stresses that the aforementioned issues should be addressed through a transparent and inclusive process; encourages the request for own initiative of the opinions of the Venice Commission on the legislative measures in question before its final approval;

9. Calls on the Government of Romania to work with the European Commission in accordance with the principle of loyal cooperation within the framework of the Treaty;

10. Reiterates its regret at the Commission's decision not to publish the EU Report on Corruption 2017 and urges the Commission to resume its annual monitoring exercise for corruption without delay in all Member States; Calls on the Commission to develop a system of strict indicators and uniformly applicable criteria for measuring the level of corruption in the Member States and assessing their anti-corruption policies, in accordance with the resolution of Parliament of March 8, 2016 on the 2014 Annual Protection Report EU financial interests

11. Strongly supports a systematic and regular monitoring and dialogue process with the participation of all Member States to protect the fundamental values ​​of the EU, namely democracy, fundamental rights and the rule of law, which include the Council The Commission and Parliament, as proposed in the Parliament resolution of October 25, 2016, which contains recommendations to the Commission on the establishment of an EU mechanism for democracy, the rule of law and fundamental rights (Pact on the DSF); reiterates that this mechanism should include an annual report with specific recommendations from each country;

12. Calls on the Commission, as guardian of the Treaties, to keep track of the measures taken by the Romanian authorities on the basis of the recommendations and to continue to provide comprehensive support to Romania in the identification of adequate solutions;

13. Instructs its president to forward this resolution to the Commission, the Council, the governments and parliaments of the Member States and the President of Romania. "

In the October debate from the House of the European Parliament, Prime Minister Viorica Dăccilă also participated, who asked the European Commission to take into account why MCV reports did not write about protocols and violations of human rights in Romania. She argued that "millions of Rumanians" were under the supervision of secret services and that there are judicial trials that show how the evidence was falsified or how blacks were blackmailed to obtain false testimony from them. "I did not see for granted, I saw because I appreciate and respect. I ask the same respect for the Romanian people. Who want to build a viable judicial system in Romania: for MCV, for politicians? No, we want to do independent justice for the citizens. Citizens must start any discussion " he said Viorica Dăncilă.

At the end of the debate in the European Parliament, the prime minister accused the misinformation of the situation in Romania and said that the government that directs "is loved by the Rumanians" and enjoys broad popular support.

First Vice-President of the European Commission, Frans Timmermans, resumed the criticism of the Romanian Government and stated that the latest developments related to changes in the laws of justice and criminal codes are a cause for concern for the European Commission and that the situation in Romania has deteriorated. He also said that until now, the Romanian Parliament has shown no signs of complying with the recommendations of the European bodies. "I honestly think we still have the opportunity to change the situation," said Timmermans.

He also urged the Romanian authorities to initiate an investigation into the intelligence protocols with the justice institutions, because there is a need for judicial independence.

At the end of the debate, Timmermans said that almost 30 years since the fall of the Romanian dictatorship, our country has made enormous progress and, within the last one hundred meters of this marathon, does not run the risk of crossing the finish line, asking the authorities to Follow the MCV report and all the recommendations of the European organizations. "If the Commission is to be extremely brutal for the evaluation, we will do it. It is not a threat, we are guardians of the treaties and take this role seriously," warned the European official. 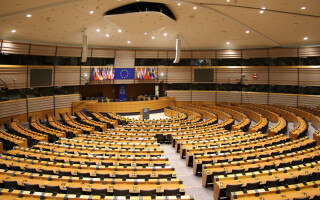 <! – the European Parliament ->
Seymour Hersh, winner of the Pulitzer Prize