Fans ask about the divorce date Aiten Amer. How did you respond? 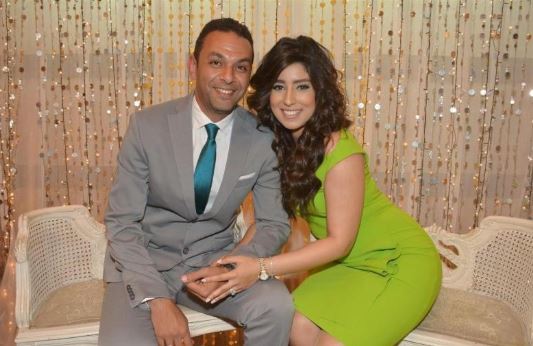 Sometimes stars come up with some fanatics who express their love in a rather strange and weird way, where it is about requesting weddings, as happened with the Egyptian artist Yasmin Sabri recently when he received an offer to marry Kuwaiti artist Abdullah Bahman, To be followed by his fellow artist Aiten Amer.

Aiten Amer receives a wedding request in a strange way

I received the artist Aiten Amer But he asked about the date of his divorce, and assured him that he loved her very much. He did not want to marry her directly.

A comedy response by Aiten Amer about the marriage application

Since the way of expressing the admiration and the request for marriage was strange, the answer to which the follower responded was the weirdest and the parties, where he said sarcastically: "the same day that I left it, God willing", to answer admired the great amount of its public, that ridiculed the method of the admirer In the expression of its love Iten Amer.

The same day I left it, God willing, https://t.co/NAaUZlGo84

Got up Aiten Amer The controversy has been recast with the media Mona Shazly In his program "with you", which is presented through the cbc screen, and talked about his experience with his diet to reduce his weight, it is also known that Aeten married the Egyptian photo manager Mohamed Ezz El ArabAnd he lived two months ago with his second child.