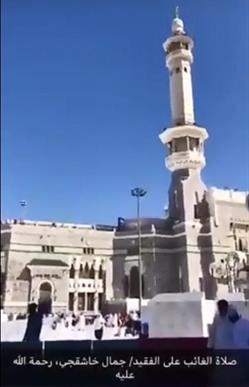 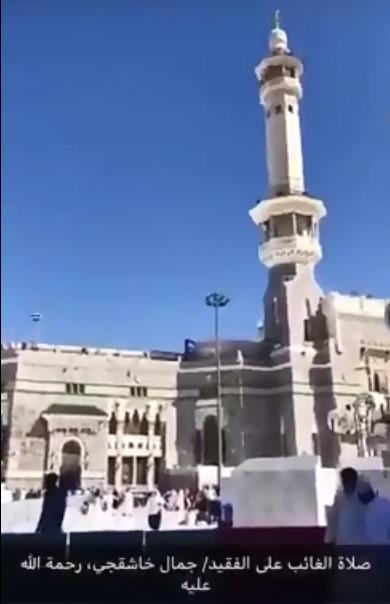 Worshipers of the Great Mosque and the Mosque of the Prophet, Friday, the absent prayer of the late Jamal Khashoggi, in response to the invitation of his family.

The images showed the moments of the convocation to establish the prayer of the absent after the prayer of dawn today in the mosque of the prophet in Madinah, and after Friday prayers in the Great Mosque of Mecca.

Salah Khashoggi – the deceased son – said yesterday that the sentence of the absent to his father will be held on Friday in Santo Haram, indicating that they will receive mourners from Friday until Wednesday at the house of the deceased in Jeddah.

Meanwhile, the empire Sheikh Saleh al-Mughamsi and preacher at the Quba mosque said the worshipers participated in the prayer of the prophets of the mosque on the deceased deceased Jamal Khashoggi, the mercy of God.