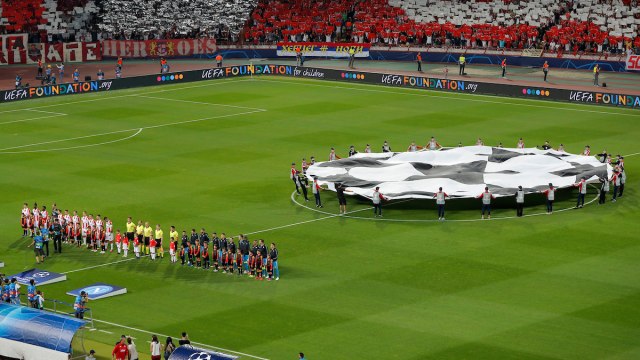 The Red Star is unbeaten this season against the domestic crowd in European matches and Serbian team trophy fans want to stay close to 21 hours. 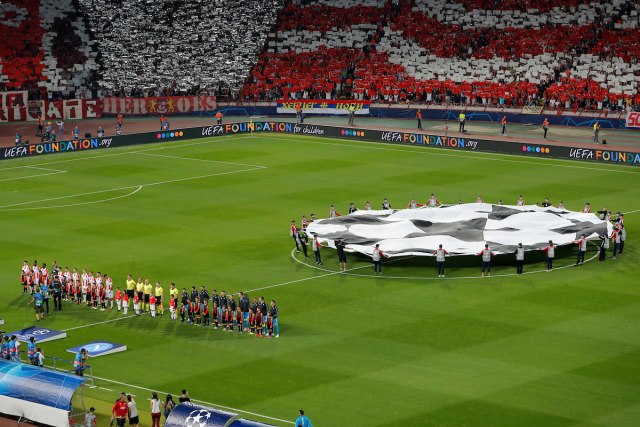 The winners of Vlado Milojevic face the biggest and most difficult test, since last year's finalists of the Champions League and the title of the Premier League – Liverpool team came to their guests.

White and red are in a much worse situation than they were when other European clubs arrived at "Marakana", as they were followed and at a good pace when it came to European matches.

Now, the position of the stars is much more difficult, because in the last two parties it has experienced a convincing defeat in the far away parties of Paris and Liverpool, and this certainly mentally affects the players.

The stars coach in almost every conference reiterates that there are no essential differences in the preparation of the match, regardless of whether it is a Super League game or the Champions League, and that they approach each match the same.

Due to the quality of the opponent, preparations for the Champions League must be different in some things, and for this game, perhaps the best way is to apply some details of the duo with Napoli.

The reds and the targets were in a subordinate position in that game, and the same is expected from a duo with Liverpool: a team superior to Napoli.

However, that same club in Italy won the "Reds" in front of the crowd of the house and took the Parisians' point in the Park of the Princes, so that the reds and whites had something to expect at the full stadium "Rajko Mitic."

The fans will be a very important factor in this tournament, since it is clear what soccer players are in the field and how many players they raise and give them the wind on their backs. It is expected full of "Marakana" and in such an atmosphere everything is possible.

"Everyone knows what is" Marakana ", no one feels comfortable here, we have a lot of extra energy here. Perhaps it will not affect Liverpool players because they play much more of the game, but we were in Enfil, it is far from what seems and I think who will be glad to hear something like that "Milojevic said at a press conference.

Do not expect the good football of the selected Vladimír Milojevic, Zvezda has no calculation if he decides to play with Liverpool and it is simply impossible. That is why he will play in the middle of the Serbian champions and the red and white targets will try to counterattack to endanger Alison's goal.

There are no calculations in the Champions League, the "reds" need the three points in Belgrade and there is no doubt that Jirgen Klop will make the best 11 available in the field.

We already know that Jerdan Shaqiri did not arrive at Belgrade for known reasons and that the attack of a famous English club should be led by perhaps the best European trio: Mane-Salah-Firmino.

The English media speculate that Bobby may not be in the initial position because of a break and that his place will be taken by Daniel Staridge, whose qualities are too high to speak.

Liverpool at his side has almost everything, however, he had Napoli who returned from Belgrade with just one point. Why would not it be like this tonight?

At the beginning, we said that the past results, or matches with PSG and Liverpool on their terrain, could have a significant impact on this game, because Napoli did not know the red and white defeat.

But if you only get the best out of the two clubs, make sure the Estrela will give strong resistance to the English giant.

All star fanatics want to repeat the game with Napoli in Belgrade, and we'll see it realistically at night.

We did not touch the potential position of the Serbian champion and could be quite interesting. Jirgen Klop is playing soccer with the high press and with the starry defense, and even more the midfield will be very heavy.

That is why, together with the usual Branko Jovičić and Nenad Krstičić, Dušan Jovančić will be able to have the opportunity. Lorenzo Ebesilio is in good shape, however, reds and targets will need the strength of Jovancic more than the Dutch who attack the Dutchman.

It is assumed that in the defense there will be no change with respect to some previous duels and that Rodjan, Savić, Degenek and Stojković will be ahead of Borjan. The star will have to swell and that's why three midfield classics are expected.

Unfortunately, Richmond Boaçi will not be able to play in this match, and so the coach of the Belgrade club can opt for a classic nine like Pavkov. The less likely it is Ben, who will play on the right side.

The left will act as the most anticipated player and proved why he was taken to Zvezda – Marko Marin. The German soccer player will have the task of keeping the ball in possession and lucid movements that try to deceive Liverpool.

Crvena zvezda protiv Napolía in her work on "Marakani", the movement of Pari Sen Žermen i Liverpula discouraged the public, but we hope they do not (disheartened) the same players.