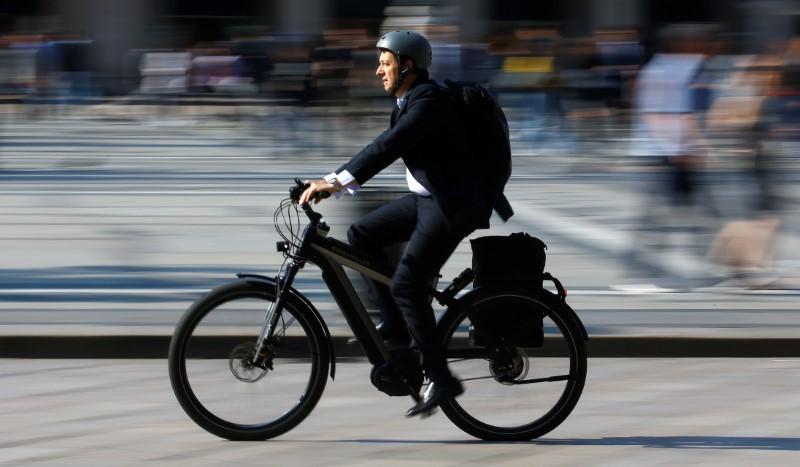 BRUSSELS (Reuters) – The European Commission is set to propose final duties to curb cheap imports of Chinese electric bicycles that European producers say are benefiting from subsidies unfair and flooding the market in the European Union.

The Commission, which is investigating on behalf of the 28 EU members, believes that definitive or final tariffs of between 18.8 and 79.3 percent should apply for all e-bikes from China, according to a "disclosure document" seen by Reuters.

Taiwan's Giant, one of the world's largest bicycle makers, which has factories in China as well as in the Netherlands, would be subject to a rate of 24.8 percent.

The rates are slightly lower than the provisional duties of between 21.8 and 83.6 percent set in July.

The anti-dumping and anti-subsidy duties are the latest in a series of EU measures against Chinese exports ranging from solar panels to steel, which have sparked strong words from Beijing.

The EU shares U.S. concerns about technology transfers and state subsidies but does not advocate trade war. The United States has imposed tariffs on $ 250 billion worth of Chinese goods, and Beijing has responded with retaliatory duties on $ 110 billion worth of U.S. goods, although the two are in talks.

The definitive duties on e-bikes need to be approved by EU countries and would need to be in place by Jan. 18. They typically apply for five years. Interested parties have until Nov. 26 to comment on the Commission's plans.

The Commission found Chinese exports of e-bikes to the European Union more than tripled from 2014 to September 2017. Their market share rose to 35 percent, while their average prices fell by 11 percent.

The European Bicycle Manufacturers Association, which brought the case, welcomed the sign of the Commission's intent, saying the investigations had proved Chinese e-bikes were flooding the EU market at a low price, supported by subsidies.

Trade measures, it said, would shield 90,000 EU workers and over 800 small and medium companies against unfair competition.

EU producers include the Dutch groups Accell and Gazelle, the Romanian Eurosport DHS and the German Derby Cycle Holding.

LEVA-EU, a group opposed to measures, said the proposed duties would exacerbate the damage already done to European importers and mark the start of "dark days" for the entire European electric bike sector, including consumers.