I knew I would have postpartum depression. The reality was nothing like what I expected Opinion 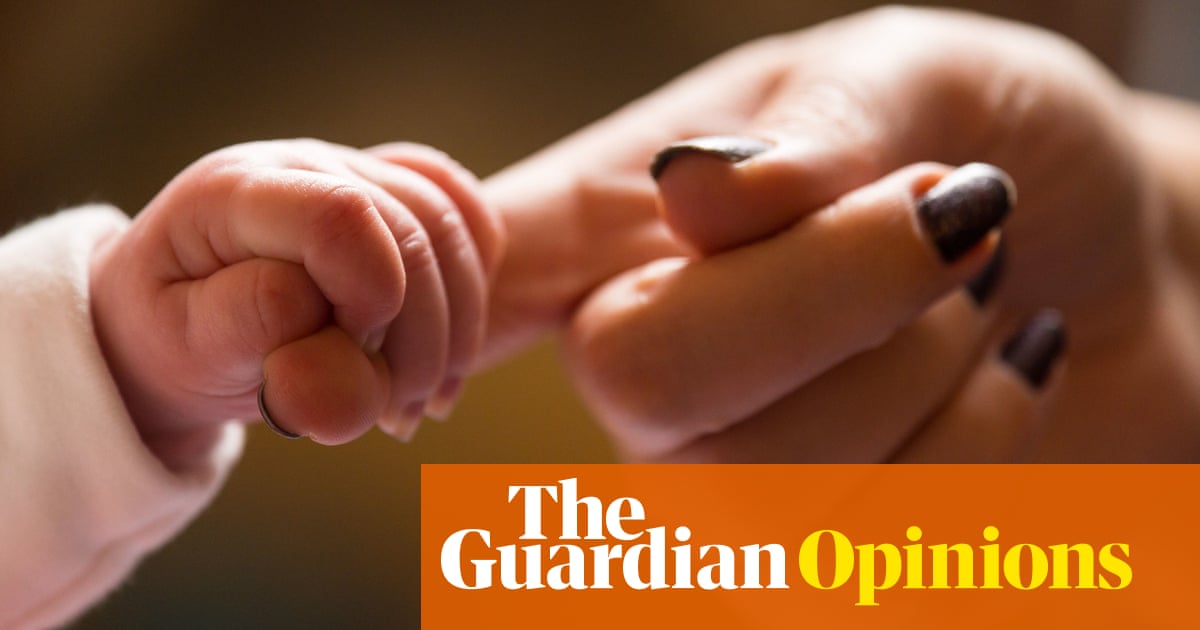 BBefore having PND, I already had a psychotic illness. I already had it since I was about ten, existing in the gaps between reality and unreality. It is confusing and distressing. I often jumped in my car and forgot how to drive and also what a car is and why the streets exist. Sometimes, panic to the point of total dissociation, which is how you see yourself played in a movie you can not remember to shoot.

I supposed that, being mental already, I had postpartum depression. How can I avoid it? He could hardly go to the supermarket without crying (because there are so many types of yogurt for the love of God!). While I was pregnant, I admitted the defeat, causing my black dog to have a new bed and an extravagant ceramic bowl.

But I had all wrong. The PND not only combined with the depression that it already had. I did not become "more depressed". It was a totally different disease with its own symptoms and its own treatments.

One out of every seven women experiences the NDP. Doctors do not know why it happens, but it is likely that it combines the massive waves of hormones and the shock of growing and becoming responsible for a human being. Babies cry a lot and aloud. You can walk to the end of the road and still listen to them. But also, your body is different and parts of them is injured and nobody understands and why your partner begins to work while you have to be at home and wait until your most rudimentary abilities are necessary to maintain your life? DO NOT BORN TO DOORBELL OH CHRIST NOW THE BABY IS IMPERIAL. My booties never stop fleeing?

Did you know there are different ways to feel sad? I did not do it

During the last three decades, I've met my brain through tests and mistakes. They got up and challenged me, I understood their limitations and learned to sit down uncomfortably with him. Even when I had my baby, at age 20, I did not how My brain, but I understood it. A kind of.

PND was like having a neurotic surfing aunt to get there.

I do not remember the first time I felt, but I remember it was new. I had this other illness all my life, and now I had something else. She came very clearly to me. I noticed that the same types of symptoms come to life quite apart from those I already had.

Did you know there are different ways to feel sad? I did not do it. Suddenly it was sad and this sad stranger and alarming. I was two types of anxiety, two types of sense. I had my habitual existential fear and another acute despair. I felt like two rivers: a quick stream on the ground that would purgate me to death right now, today; and the silent stream in a submarine cave that would slowly move me away.

While trying to fight one, the other attacked me. As motherhood overwhelmed me, we could "see" the PND, completely unobtrusive.

When my daughter had a few weeks, I went to the maternity and children nurse for a regular review. I knew it was good to walk there, pushing my imaginary doll past the channel. The fresh air was objectively pleasant, the streets of winter quite in theory. I felt at the nursing desk and she smoked me for pretending to weigh the baby I had invented in my mind.

After all, he looked good. No one seemed right for weeks, no one could concentrate on the person that turned me into the shadow. She looked and frowned and then said: "It seems that the heart hurts." I will never forget the way she said it, so clearly. How could the PND be seen as well, as he had pulled a chair next to me. I said: "No." Then I cried for all the fabrics that he had and some he got from another room.

I try to explain the way my old illness and I were taken prisoner by this newcomer. Regular anxiety told me it was dangerous to leave. PND told me that I could never be a good mother. Regular depression told me to lie on the couch all day long. PND told me I would put a pillow over my baby. Regular psychosis made me fear to look at myself in the mirror. PND told me I had invented my baby and I could not connect emotionally because it was an illusion.

After the nurse's visit, my doctor prescribed new medications and made me come to a new psychiatrist. We did not stop treating the disease I already had, but trying to starve the new one. For 10 months we fight. Every day it was like sitting at a table with two people he hated. For the first anniversary of my daughter I sacked, beaten blue by this stranger, but in my way of being well again.

The great fallacy of postnatal depression is that it makes you think you know him. I felt that my PND had been inevitable. My brain was so suggestive, open to a whole smorgasbord of symptoms of mental illness. I knew that I would have PND, I knew, I knew.

But when my second daughter is born two years later, she never arrived. I take my baby and I heard the sweet warm breath care and I only had my regular brain funk. I was depressed, but only one guy. A type of apartment, a type of despair. I was anxious, but on the way I spent all my life learning to be.

• Anna Spargo-Ryan is the author based on Melbourne of The Gulf and The Paper House, and winner of the 2016 Horne Award

In Australia, the lifeline crisis support service is 13 11 14. In the Samaritanos of the United Kingdom, you can contact 116 123. In the US. UU., The National Line of Suicide Prevention is 1-800-273-8255. Other suicidal international aid policies can be found at www.befrienders.org