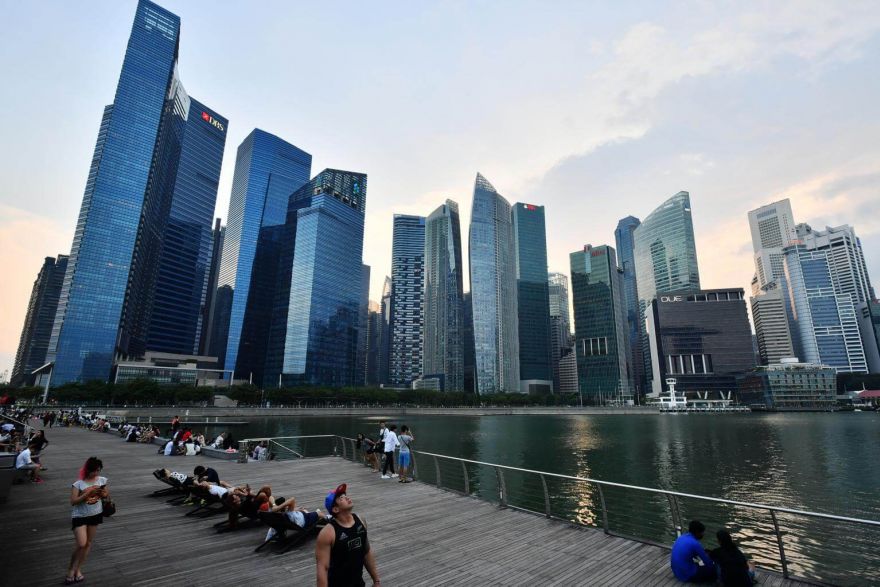 SINGAPORE seems to have started the wrong year out of the way, and the economic flash data had a tone under market expectations in the first quarter.

Gross domestic product (GDP) grew 1.3 percent year after year in the first three months of 2019, according to estimates by the Ministry of Commerce and Industry (MTI) on Friday morning.

Private economists had previously directed GDP growth of 1.4 percent in the quarter in a Bloomberg survey.

In any case, the slow pace makes this district of Singapore with a worse performance than the height of the global financial crisis in 2009.

The growth of the quarter decreased before the expansion of 1.9 percent drawn in the last three months of 2018, but marked a 2 percent increase in a year-on-year quarter on a seasonally adjusted basis.

In a two-sector report, Singapore's manufacturing sector, which represents approximately one fifth of the economy, has fallen into negative territory after expanding every quarter since mid-2016, while construction has returned to the black after 10 months of decline.

Manufacturing decreased 1.9 percent in the quarter, compared to an expansion of 5.1 percent in the previous three months, with MTI being that the decline in precision engineering and electronics production could not be rescued by the growth of the biomedical industry and of transport

On a quarterly basis and adjusted seasonally, the contraction reached double digits to 12 percent, much more than the 2.7 percent drop in the previous quarter.

Joseph Incalcaterra, HSBC chief economist at HSBC Bank, was not only anticipating new bad news about manufacturing compared to the March factory numbers, saying that "probably the surprises of negative data will continue in the short term as external demand remains weak ".

"The signs of Chinese growth stabilization will help to support regional exports, but we believe that manufacturing production will continue to be pressed given the continuous downward momentum in global billions of semiconductors," he said.

Construction, in contrast, recovered with a growth of 1.4 percent year after year, while its quarterly expansion improved to 7.8 percent, compared to 5.1 percent in the previous three months. The MTI said that the recovery "was supported by an improvement in private sector construction activities", although other observers have been mixed in terms of a sustained rise that the sector will enjoy, as infrastructure projects in pipeline could meet its party in residential real estate refrigeration measures.

Meanwhile, the services sector grew 2.1 percent in the first quarter of the year, better than the growth of 1.8 percent registered in the previous quarter. It also expanded 4.8% quarterly, compared to an improvement of 2.8% in the last three months of 2018.

The growth of services was largely in the back of the segments of information and communications and business services, according to the MTI.

Amidst the expectations of a modest pace of economic growth, Singapore's central bank has maintained Singapore's dollar policy unchanged in its semi-annual statement published Friday morning.

"Over the past six months, the manufacturing sector's contribution to GDP growth has decreased, reflecting the maturation of the global electronic cycle and the economic slowdown in China," said the Singapore monetary authority in its statement.

But he added that it is expected that parts of the services sector, including the financial, business services and infocomm company industries, will continue to "benefit from stable domestic demand in the region and increase investments in digitization."

Analysts at Citi Kit Wei Zheng and Ang Kai Wei seem to agree, saying that "the downturn in trade-related clusters should be dampened by scholarships within the services, due to stable domestic demand."

Even so, economists Chua Hak Bin and Lee Ju Ye of Maybank Kim Eng expect growth to slow down in other service industries. Growth in the weaker loans and the stock exchange could weigh on the finances and insurance, while a slowdown in tourist numbers will affect the accommodation and food services, they suggested.

Vishnu Varathan, head of economics and strategy at Mizuho Bank, argued in a morning that service industries depend heavily on commerce and manufacturing and added: "In addition, the cooling measures of the properties that dragged the activity related to mortgage and real estate services acted to reduce the overall activity of services. "

Pointing to global trade tensions and geopolitical risks, he said: "It is premature to declare that the economy has touched the fund unequivocally."

Tan Khay Boon, senior professor of SIM Global Education, also called the prospects for the next three months a challenge.

"The electronic grouping is not yet out of the woods and the expansions in biomedical manufacturing are very erratic," Dr Tan said. "The recovery of the construction sector is not enough to create an upward momentum for growth.

"The growth of the services sector must be supported, which requires strong employment and controlled inflation to generate domestic demand."

Selena Ling, head of research and treasury strategy at OCBC Bank, raised doubts as to whether a stronger final for 2019 would be enough to offset the economic weakness in the first six months.

"Until we see a clear background and a further improvement in China and the prospects of global growth, the overview of Singapore's economy remains cautious," he said.

Despite the misfortune, some economists are defending an upward revision, including Mohamed Faiz Nagutha, of Merrill Lynch, who cited an improvement index for buyers of purchases in March.

Early GDP estimates are based largely on January and February information and can still be adjusted in the final print, which is scheduled to be launched on May 24.

The Government reaffirmed its previous growth forecasts between 1.5 and 3.5 percent by 2019, while leaning toward "slightly below the midpoint" of that range.

In addition, the International Monetary Fund has lowered its global growth prospect on Tuesday for the third time in six months, up to an expansion of 3.3 percent of the world economy.