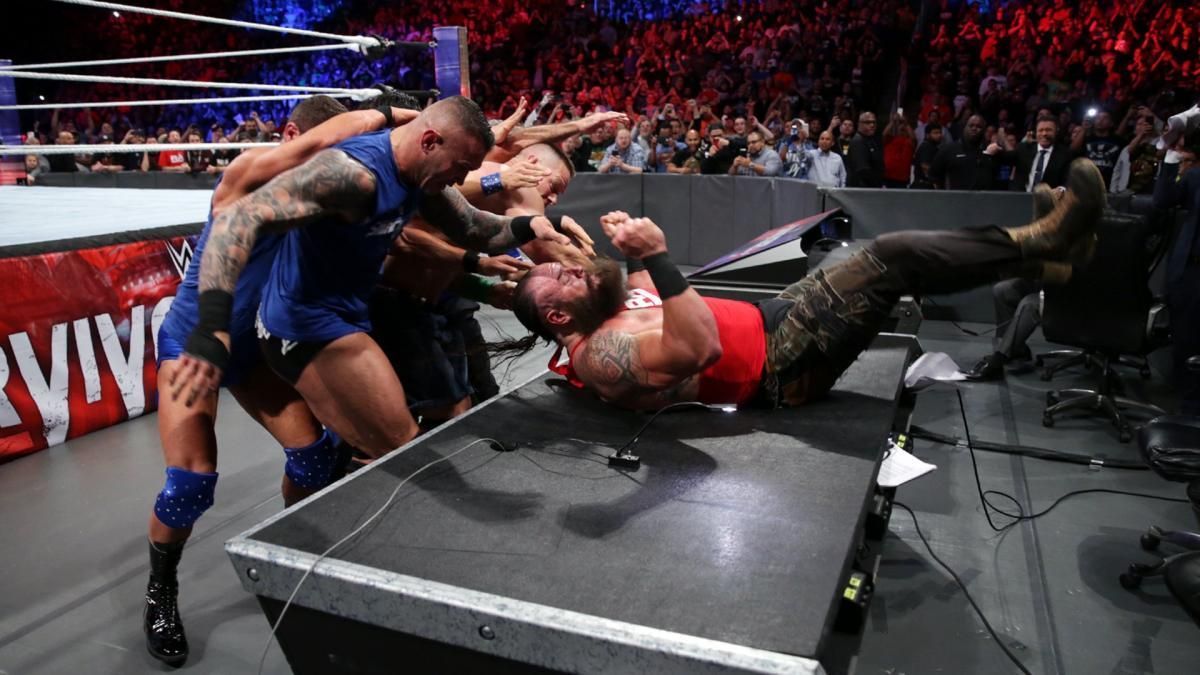 Some fans love the idea of ​​seeing these "dream matches" between two champions of different brands, while others hate the fact that nothing is actually on the line except for bragging rights, which mostly seem to fade in the weeks following the show. No titles will change hands during these "champion vs. champion" matches and there will not be much of a payoff from the feuds, with each superstar going back to their respective brands and starring on different shows.

That should change next year.

The start of the WWE's new television contracts could spell the end of this latest iteration of their brand split, which began in 2016. We've seen this cycle before, with WWE introducing two different rosters for each of their signature shows before later bringing both Factions together again to bolster both Raw and SmackDown with more star power at the top.

The first WWE draft took place in 2002 after the company had bought out its main competitors – WCW and ECW – as a way to manufacture competition by dividing the roster into two brands on its two shows, Raw and SmackDown. The brand split was later scrapped and both shows used the same roster from 2011-2016.

The biggest reason why the WWE will likely go back to one main roster for both shows for at least another five years beginning in October 2019 is the combined five-year, $ 2,35 billion television rights deal with the company secured from NBC Universal and Fox. USA Network, which is owned by NBC Universal, currently airs both Raw and SmackDown. They obviously have no issue with half of the roster's stars performing live on Monday night and the other half performing live on Tuesday night, as it's all under their umbrella.

That will change next year when SmackDown moves to Fox on Friday nights. Fox did not say goodbye to the UFC and pay $ 1,025 billion over five years to get half of the WWE's roster. They want it all.

WWE did not comment on the matter at the time of publication.

They will probably not mind sharing Brock Lesnar, Ronda Rousey, Charlotte Flair, Daniel Bryan, Becky Lynch, AJ Styles, Seth Rollins and Shinsuke Nakamura with NBC Universal, which will pay $ 265 million per year over the next five years to keep Raw on the USA Network. There is no way; however, that either company is paying more than $ 200 million per year in rights fees to split up the biggest stars of the company.

Not only do both networks want the biggest stars, it stands to reason that every superstar on the roster is going to want to be a part of the initial mainstream rub the company will get when it moves to Fox. SmackDown on Friday will be part of Fox's promotional packages during the NFL Thursday Night Football games as well as the college's college football games on Saturdays, NFL games on Sundays and MLB, NASCAR and soccer telecasts. You do not roll out that type of promotional machine on broadcast television for half a roster.

The WWE has already apparently started the move towards one roster again by having superstars from both brands performing on their pay-per-views, instead of having brand-specific pay-per-views, as they moved back to one-PPV -per-month model. The problem is, outside of Survivor Series and January's Royal Rumble match, there is virtually no interaction between the rosters during pay-per-views; you will have a Raw match, followed by a SmackDown match, Raw superstars feuding with each other and SmackDown superstars feuding with each other – but not a real crossover.

Combining the rosters will lead to better storylines and better match-ups that will not grow stale by the lack of superstar talent that comes with splitting the roster.

WWE's viewership numbers were also far better before the split brand, when both shows could use the biggest stars from the same roster and have a larger roster of superstars to create matches and feuds most fans would not see otherwise in this era. They July 11, 2016 broadcast of Monday Night Raw, for example – the last before talent was separated to Raw and SmackDown – it drew 3.17 million viewers, while the latest edition of Raw had 2.45 million.

Does that mean that some superstars will not get the kind of push and airtime they think they should? Does it mean more travel and more dates for the biggest superstars? Yes, in both cases, but that's life when you're working for a professional wrestling promotion that just signed a deal twice as valuable as the 10-year, $ 2 billion pact NBC inked with the NHL, which expires in 2021.

When NBC paid for the NHL rights, they did not just pay for the Western Conference or the Eastern Conference – they got the whole thing, and that's what NBC and Fox will definitely expect the next year.

The brand split served its purpose for the WWE. It shined light on superstars who would otherwise have not gotten the spotlight and made some superstars champions who would otherwise have not been champions, but it's time for the WWE roster to become one again and come together under the same multi-billion dollar umbrella for at least the next five years.