A new organization, the Slovak Association of Farmers, is constituted in Slovakia 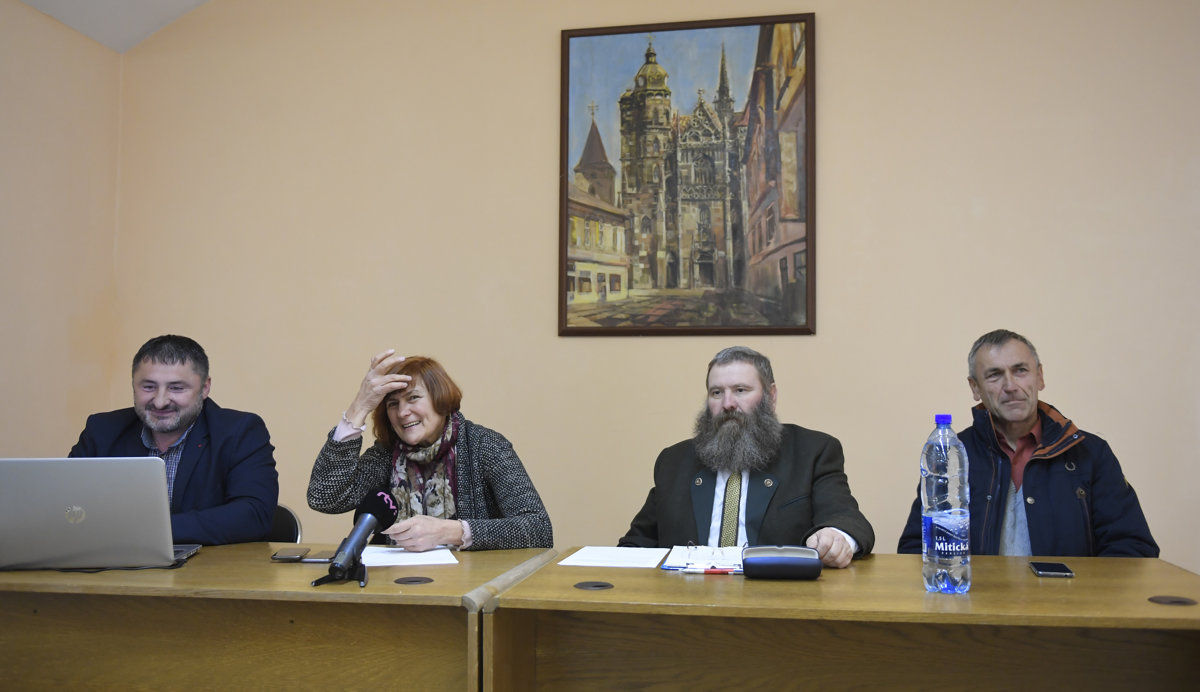 On Friday, the founding General Assembly of Farmers' Initiatives was held.

Kosice. A new organization, the Federation of Farmers of Slovakia (SFS), is established in Slovakia.

The members of the Preparatory Committee were informed about this at a press conference in Kosice on Friday.

At the same time, the General Assembly of the Farmers' Initiative (IP) founder was held in the village of Valaliky in the Košice district.

The purpose of the SFS is to create a strictly non-political association that protects the interests of small and medium-sized farmers, prevents the sale of Slovak soil and restores the nation's relationship with the soil, ensures quality food production and improves food self-sufficiency in Slovakia or It creates a Slovak agricultural strategy for the benefit of all.

"The most important goals of our association are to protect the interests of all Slovakian farmers, prevent the spread of Slovak soil to foreigners and raise the level of people working in the agri-food sector at the right level – not to be perceived as outsiders," he said Milan Kyseľ,

Two associations are not a problem

The SFS is still a civil association and, in the future, wants to become a union.

As it has already held at a press conference, it currently has more than 160 members.

The General Assembly plans to carry out spring work.

"The fact that two associations arose, I did not perceive it as a problem, on the contrary, if there is a competitive environment in the business environment, it is for the good, first of all, we move to fulfill our role with the peasants and, on the other. space for the joint actions that could be necessary in the future to make a social pressure sufficient to defend the interests of the Slovakian farmers, "said Kyseľ.

None of the associations of farmers identified the same time to plan a press conference and a general meeting as a coincidence.

According to members of the SFS Preparation Committee, a group of dissatisfaction with PI groups has been created whose ambition is to cooperate with farmers, which is in grave contradiction to the basic objectives of the SFS, which were the participants of the tractor protests this year and the founders from the Farmers' Initiative.

"The initiative of farmers tried to discredit their members or break their unit for several months." The farmers of this initiative suspect that this is happening by people who harbor the interests of the oligarchs that do business in agriculture or the government. taking into account the objectives of other farmers, "said Branislav Sobinkovic, who is in charge of IP communication communications, which have registered approximately 300 applications to join the association.

They keep that the political interests are not promoted

"Regarding politics, if we get to the political parties, we appeal to all of us, we have done all the time from the beginning, we are not members of any party and, if some are party members, it is strictly saved that it is not transferred to work, any activity or direction of the association. We strictly guard the preservation of political interests, "said Anna Sokol, a member of the SFS Preparatory Committee.

As stated, the creation of an additional association aimed at protecting the interests of farmers is not considered a separation.

"I prefer to perceive that the leadership was wrong, we do not want to be part of an association that does not respond to the democratic decision of the majority," he said.

These claims are rejected by the PI, and farmers are encouraged not to press the interest groups, which, according to their words, may be linked to oligarchs or government powers.

"The fact that we are trying to divide and discredit shows that we have the strength to fight," concluded Sobinkovich.

The most important news in eastern Slovakia are Korzar.sme.sk. All Baskets news can be found at Corsair Basket