Crisis in the coalition: Bugar sent a great text message to Danko 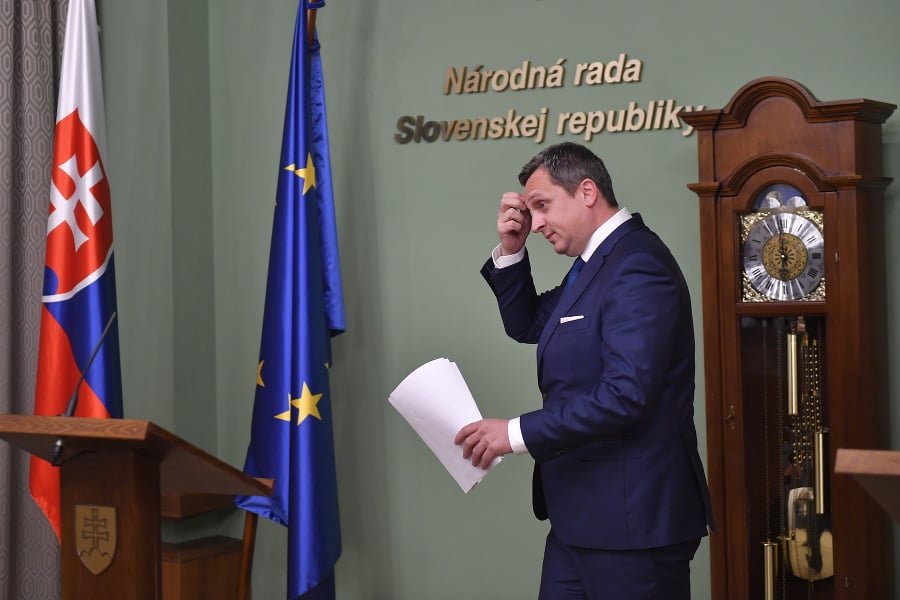 "The president of the Slovak National Party, Andrej Danko, only has a personal responsibility towards his family, a member of the CEI, a member of the CEI and the voters, and only the SNS and the voters vote in the confidence or distrust of his / Bernadak said. The conduct of Bugar and his Most-Hid are considered unobjectionable. "If Mr Bugar and Most-Hide want to be targets, we expect public calls also in relation to the president of the Slovak Republic, who unlike Mr Danko has already been the subject of a judicial decision on the illegal action" Bernadak adds.

The CIS also surprised that Bugar had just sent a message to Danko sms asking him to assume personal responsibility. This process is considered by the nationalists as unreliable. "After three years of sending the presidency of the SNS to the coalition partner that always maintained it, only the SMS, we found it unreliable during the difficult negotiations of V4 with France and Germany, calling it the personal responsibility" Berniak said, according to which the coalition council should serve this purpose.

"Because without the confidence in the coalition it is impossible to work and govern the state." Bernajak said. He adds that if Most-Hid thinks that the current coalition and government have no future, it can be shown by voting on the trust of the coalition's partner. SND President Andrej Danko talks about uncomfortable confidence in the coalition, where he announced that the CEI will support the opening of a meeting of the National Council of the Slovak Republic, about which the opposition wants to try to withdraw from the position of the head of parliament.

He will also support his coalition partners for the opening of the meeting. "I want confidence or mistrust in my person, as well as the president of Parliament as the coalition's partner." Danko said, saying that without the confidence of the coalition, it is not possible to govern and work. He repeated that he had done his rigorous work with the best conscience and conscience. "In accordance with current laws and technical regulations" he added Danko believes that we still live in the rule of law, and that the article in the newspaper or the state of Facebook can not accuse him, condemn and execute without reason.