The poor state of life can cause even diabetes in children, warning experts – Health 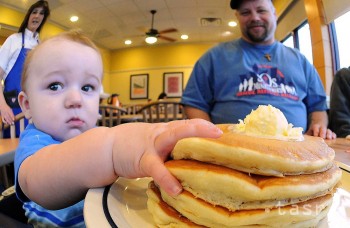 "The incidence of type 2 diabetes varies from country to country." More than 90 percent of all diabetes cases in the world are diabetes mellitus of the second type, which, according to experts, influences, in particular, lifestyle and in the middle. Once talked about diabetic, but is already present in children and young people. "The most important factor in the development of type 2 diabetes is overweight and obesity." says the vice president of the Slovak Diabetes Society (SDS) Zbynek Schroner. He added that the excess weight and obesity of young people is a poor diet with excessive consumption of high-energy foods with low fiber content.

"We are talking about the so-called Coca-colonization of lifestyle." of Schroner. An important factor is, according to him, a sedentary lifestyle for children. The incidence of type 2 diabetes is different in different countries. We can say a significant increase in the United States of America, Australia, New Zealand, Canada, Thailand and Japan. In Europe, diabetes mellitus of the second type is more frequent in Italy, Greece, Cyprus, Malta or Western European countries, but according to Schroner, there is also a growing number of cases in Central and Eastern Europe. Slovakia is still rarely present. "But we are worried that this situation will get worse" of him.

The basis of prevention and treatment are not medications, but non-pharmacological measures, that is, healthy diet and exercise. "There is a great role when parents take children to adequate life. It is very important that children have their physical activity entertained, therefore, a good option is not the exercise of a bicycle, but for example, skating, dancing or hunting " of Schroner. However, he adds that it is important that diabetes is a whole society.

"Genes allow second-type diabetes, but they do not." of Viera Doničová of SDS. Genetic susceptibility to the development of type 2 diabetes is not a sufficient condition for the occurrence of the disease. "Risk factors such as the incidence of diabetes in a direct family relationship or elevated blood sugar in the past are also a greater risk for women who previously had diabetes, people with high blood pressure, high blood pressure, high cholesterol and heart disease. . " added Doničová. Patients with a risk factor must be tested once a year. Even in patients who do not have any risk factors, it is recommended to try the level of blood sugar every three years.

According to the Diabetes Prevention Program of 2002, people who had high blood sugar levels reduced the risk of diabetes by 31 percent compared to patients who did not have any active substance. Physical activity reduced the risk of diabetes by 58 percent. "It's never too late to start practicing or changing your eating habits." The president of the SDK, Katarina Rašlová. It also considers it important to raise people's awareness of healthy foods.

Report a bug in the article

Occasionally, there is some wrong information, writing or misinterpretation. We will be happy to notify you of this error through this form so that we can solve it as soon as possible. Editorial Webmagazine

Send an email by email