PHOTO AND VIDEO: event "From apple to must" 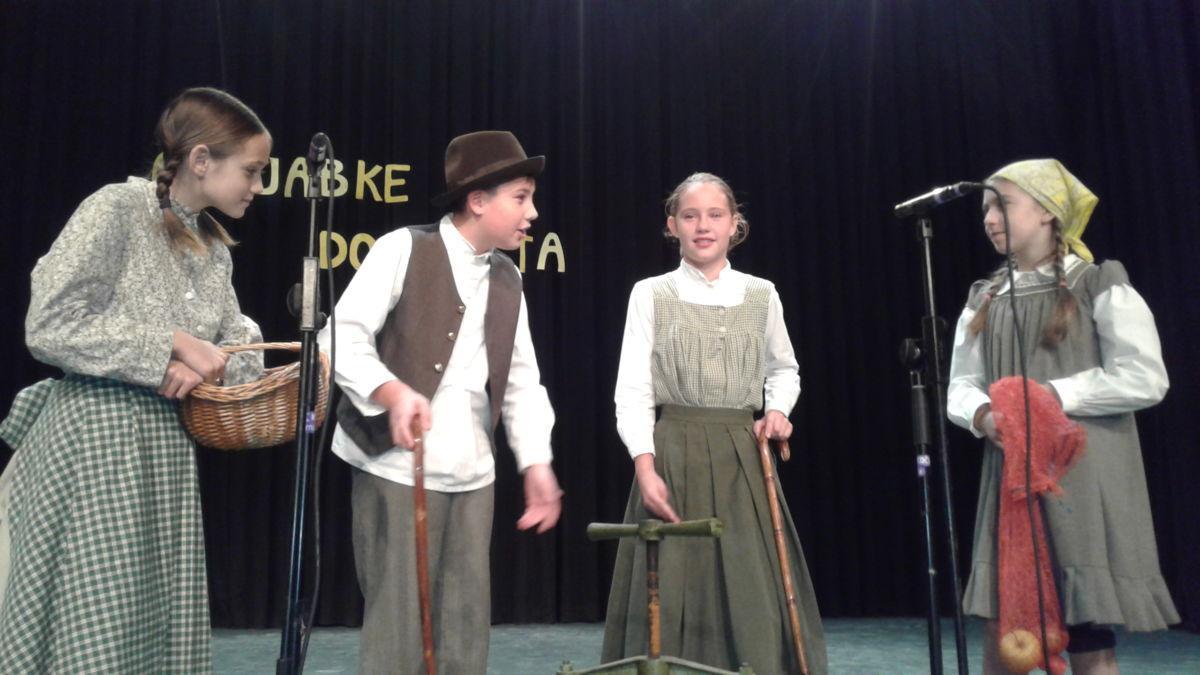 Yesterday they are members Folk groups KD Gozdar Črna na Koroškem, who returned from a tour of Poland a few days ago, organized, in cooperation with the Council of Črna na Koroškem and the Association of Cultural Associations of Montenegro, already third event "From apple to must", which was once again international. That is, in addition to the domestic group, the students The primary schools Črna na Koroškem, Folklore Society Oglarias Šoštanj, a group of folklore from Croatia also appeared, Zasadbreg Cultural and Art Association. Evening events were especially interesting for younger people who eagerly awaited the announcement of the best "artists".

It was within the framework of the event Original works and photography competition. His answer is better every year, the first year he participated in a total of 16 works of art and photography, last year 60, but this time he responded by a record number of participants, since the organizers received 144 works of art and a photo. He has made fascinating works and photos of users of the social network Facebook. The organizers decided to adjust the rules and reward the fine arts to the five participants who received the majority of tastes and not just the three, as initially desired, given the number of photos received.

All the products were also displayed in the KD Črna gallery, where you can see an exhibition of various varieties of apples and dishes from apples prepared by "Foresters" with the help of the members of the Society of Farmers of the Mežica Valley and visitors are goodies of Apples after the event also tested.

Spoke first Milan Mlinar, president of KD GozdarAnd some words were also given to the visitors President of the KD Črna Association in Carinthia Ivanka Šušel in Mayor of the Municipality of Črna na Koroškem mag. Romana Lesjak.

A varied cultural program was proposed, while visitors and performers also moved to dance with apples. The winners Marta Fajmut and Vinko Salčnik, They received the prize, the "Power Gouda" tickets that they organized Fruit Company of the Mežica Valley And it will be at the end of November in Prevalje. They all had the opportunity to participate in the barrel raffle, which was wandering Šoštanj this time.

Winners of the original art and photography competition.

I got the most of them Tilen Obretan (403 I like it), it occupies the second position Neža Smonkar (333 I like it), both students of the Primary School Franjo Golob Prevalje, with mentors Gabrijela Grzina and Nino Kumprej. It was the third Rene Taks (254 I like it), from the kindergarten Tailor Hlaček Prevalje, with mentor Martina Šater. The fourth and fifth places were won by a student OŠ Crna na Carinthia, Nikola Burica (210 I like it), under the tutelage of María Rus in Jure Knez (179 I like it).

Winner of the Tilen Obretan competition He was impressed with the first place, said he remembered what he should attract, "nobody helped me," he says, adding: "we were drawing at school, we only saw a movie for the first time, half that we were drawing, that I decided that do. "

Neža Smonkar After the awards ceremony, she said: "I have the idea of ​​a drawing in a movie we saw in schools, and how they won the" apple. "I decided to get this," kk on apple cows ", while others are happy to wear You eat it, but half of them can go through. I'm happy with the awards, it's full. I like the pendant, but the bath and pizza cards. "

It was also a novelty the award of the work of art, which was the most beautiful in the opinion of the organizers. The prize was received by the clients of the Daily Center Ravne in Koroškem (Tilen Potočnik, Timotej Pavlin, Denis Šmid, Ana Konečnik, Jure Pisar, Olja Dolinšek, Marko Podrzavnik, Tilen Kozjak, Maša Tratnik and Maja Stojan) under the tutelage of Mihaela Knez and Alenka Peregotto. He received the prize for the only photo he received Katja Mori of Dravograd.

Ivanka Šušel, president of the Association of Cultural Associations Črna na Koroškem, After the event, she said: "Tonight, the third event is especially encouraging to preserve tradition, as sometimes the must, song and dance passed on to the peasants and, in doing so, today's modern techniques have not been lost: telephones, televisions, etc. They were young and old, singing, dancing, if the fire burned after roasting chestnuts, that was something special. These and other beautiful moments are now very small, they are only granted to peasants, from where the voice of the accordion Sometimes you are scattered and who will remain indifferent to your sounds. It is also important that we encourage young people to design. As we have seen this year in the competition for the most beautiful art and photography, a record number of products has arrived, which means that the event is good received. Primary students also participated in the event with their dialect program, which made sure that we also laughed. For the event, I would like to thank FS KD Gozdar with the guests who savored Martin's Saturday. "

In black there is an event From apple to must. Are you with us? Folklore Gozdar Group Črna na Koroškem