The fan club "Phatthalung" went to a car accident – touch the middle of the road. 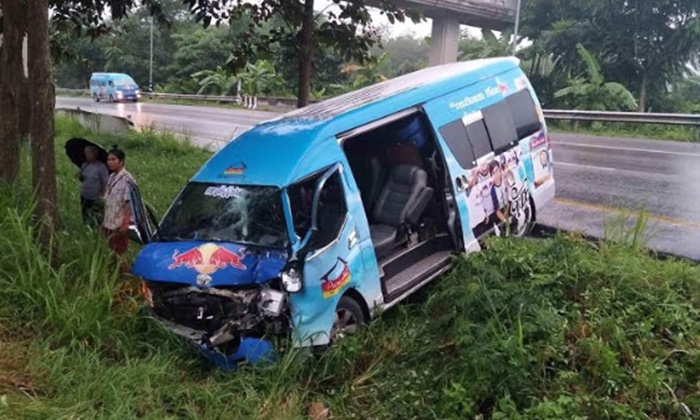 Artist of "Phatthalung band", owner of a video of cowboy to the concert in Chonburi. I passed through the ten curved wheels. The car broke through Petchakasem Road in Bang Saphan. Fortunately, a small injury.

(November 8) Lt. Col. Somchit Boonrong Deputy Chief Inspector of the Bangsaphan Police Station, Prachuap Khiri Khan Received notification of a collision accident with a ten-wheeled truck. In the middle of the Petchakasem route, the main road is 399-400 meters, in front of Baan Thammarat Moo 5, the district of Thongmongkol, the district of Bang Saphan, the province of Prachuabkirikhan. So hurry to check the scene. Coordination with Rescue Officers of Sawasdee Rasatthamtham, Bangsaphan And the life of the neighborhood. Help the wounded.

On arrival at the scene. Official found a truck. Blue sticker With the image of the famous South singer. "Phatthalung Band" The owner of the song "Cow collar" I stood in the middle of the road. The windshield was broken, the stop collapsed, the console fell next to the driver's seat. They raised their backs to carry the instrument.

All passengers leave the car. They were only slightly injured. About 20 meters away, there was a ten-wheeled truck, Mr. Wattana was walking along the shoulder. Time cracked 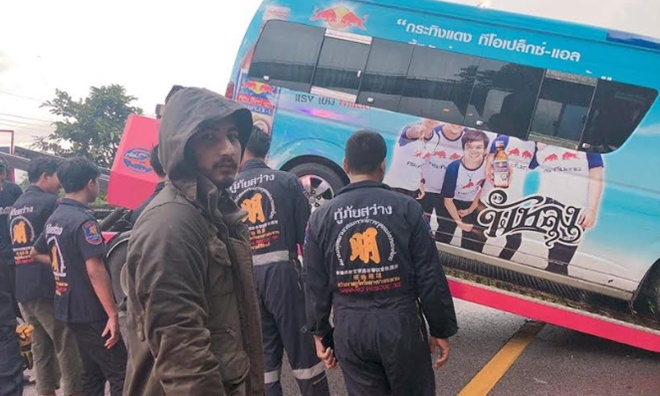 From the preliminary inquiry, you know that. The van has such vehicles. Mr. Pongnarin The 25 year old boy is the driver and also has a backstage position for Phatthalung. By the way Before the accident, the driver left the Phatthalung because he had a job to go to Chonburi. The team of two cars that drive cars.

The cars that drive have members of support. Equipped with full audio equipment. And there are 5 passengers and a pilot when it comes to the scene, the rain is falling. Your van surfed the right lane. Keep in mind that the front of the truck is on the left. To drive to the curve. The truck hit the lane on the right track at the end. Cause a collision Before the van is broken and run in the middle of the road.

Where is Mr. Thapphong Amanaban? "Pong Wong Phatthalung" The car came with a van, said the band Phatthalung travels. "Buffalo running" in Bo Thong, Chonburi, but the accident is not possible. Fortunately, all the band members are not very injured. Only a bit of bruises and can return to the show again.

However, after the accident, Mr. Teppong posted photos and text on his personal Facebook. To inform fans of this crash, fanatics have come to express their opinions as encouraging and caring for the singer. By the way, he confirmed that the show remains the same.