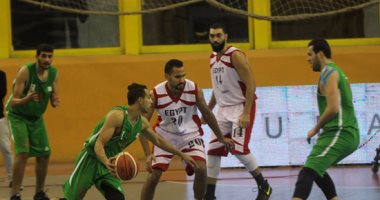 The national basketball team will meet with their Saudi counterpart in the fourth round of the Arab Championship for their 23rd edition teams, which will be held in Cairo Stadium and will last until November 17.

The national team defeated Algeria in the first match of the tournament, 62/69, in the presence of Ashraf Sobhi, Minister of Youth and Sports, who witnessed the opening ceremony and the party, surpassing the UAE and Bahrain in the second and third parties respectively.

The Arab Basketball Championship will take place in preparation for the final of the African finals for the China 2020 World Cup and the finals will be held in Angola at the end of November until December 2.