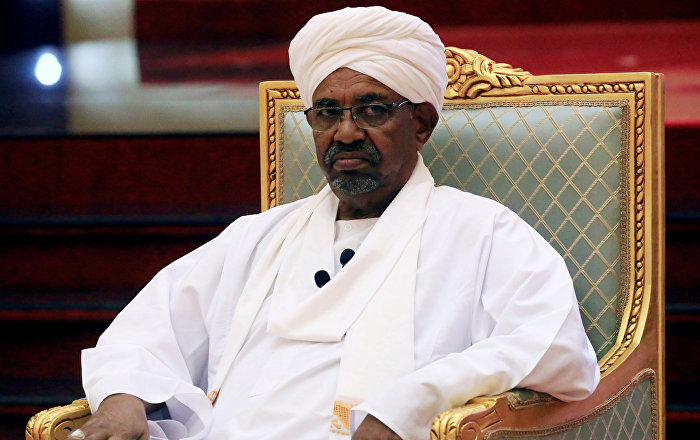 The hypotheses of this article are: First, that the military coup in Sudan is a continuation of the political process by other means due to structural factors.

This means that the main reason for the coup is not the organizational characteristics of the armed forces nor the official complaints of the officers, it is just a catalyst for the coup d'état, according to the article.

Secondly, the expansion of the professional functions of the new armed forces: the military rule of the protagonists, along with the mobilization of the people during the rescue period, reduced the difference between civilians and the military and turned the civil and military traffic situation into a "normal" part "of the political process in Sudan.

Fourthly, the ability of the tactical regime to avoid the coup d'etat makes stability depend on that capacity and not on the structural characteristics of the State.

The series of military coups began in Sudan in 1957, after the first democratic government was elected in the same year of independence from England (1956).

Led by a group of army officers and military students led by Ismail Kabida, against the first democratic national government after independence led by Ismail al-Azhari, a Sudanese leader, was sentenced to failure and frustrated in the final stages.

The coup in 1958 is the first successful military coup in the history of Sudan against a democratic coalition government between the Umma and the Democratic Unionist Party led by the governing council of the Azhar leader and the head of the government, Admiral Abdullah Khalil. Led by the Ibrahim Abboud team and soon formed the coup d'état, then a military government headed by Abboud ruled Sudan for seven years.

The coup attempt of 1958 was followed by another coup attempt, led by a group of officers, but the golpeadores were absorbed by the system instead of processed.

Directed by the then brigadier General Jaafar Muhammad Nimeiri and a group of officers affiliated with the Communist Party and Arab nationalism.

The Tigers had many attempts at blows, but were able to overcome them, using previous experiences.

It was known for the coup d'état of Hashem al-Atta, which took the capital of Khartoum for two days.

Nimeiri was able to restore his authority and attempt the coup d'etat of civilians and the military, including the leader of the Sudanese Communist Party at that time, Abdul Khaliq Mahjoub, his accomplished lawyer Ahmed al-Sheikh, Babeker al-Nur and other civilians , officers of the coup d'état Hashem al-Atta and dozens of officers and soldiers.

Another attempt at a failed coup led by Hassan Hussein's official took place and the coup d'etat, headed by Master Hussein, was killed or killed.

The political forces opposed to the regime of Nimeiri, based in Libya, tried to overthrow the regime. The mission was entrusted to chief of the army, Mohamed Nur Saad, with the participation of a large number of opposition elements infiltrated in Khartoum to the border with Libya. The regime of Nimeiri treated the unprecedented attempt of violence.

After four unsuccessful coup attempts, Nimeiri's regime was not subjected to any attempted coup d'état until 1985 when he was beaten by a popular uprising on April 6, 1985, when the revolution was known as the April uprising.

The coup was taken by President Omar al-Bashir, with the help of Islamists in Sudan by the National Islamic Front (NIF), led by Hassan Abdullah al-Turabi.

I tried to overthrow Ramadan in 1990

The coup d'état was led by General Abdelkader al-Kadro and General Mohammad Osman Hamid, who ended the execution of 28 army officers, especially the leader of the coup, Kadu Hamid.

The government then spoke of an attempted coup d'état and attributed it to the opposition of the People's Party.

The exit of Bashir

Sudanese Defense Minister Awad Ben Awaf announced on Thursday the withdrawal of President Omar al-Bashir and his arrest and the beginning of a transitional period of two years in which the Security Committee and the Army will be responsible.

The military intervention took place after months of popular protests against the high prices and recently it was returned to the demand to resign to Bashir, who told it as a conspiracy that goes back to the days of the Arab spring.

With the overthrow of the Sudanese army, led by the country, Marshal Omar al-Bashir, Jartum, witnessed a history since its independence in 1956 for about 10 coups, achieved 4 strokes.